Barack Obama used his presidential powers on Thursday to create the world’s largest marine reserve in the Pacific, banning fishing and other commercial activities across vast swaths of pristine sea populated by whales, dolphins and sea turtles and dotted with coral atolls. 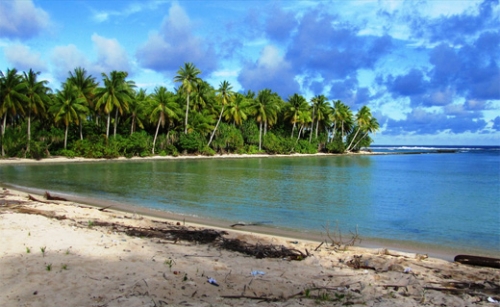 Kiribati will also come under protection, the tiny island is due to announce that it will ban commercial fishing in one of the last great tuna grounds left in the world.
Credit: KevGuy4101/flickr

It will ban commercial fishing and deep sea mining in about 490,000 square miles around remote tropical atolls and islands in the south-central Pacific Ocean, a White House fact sheet said.

Other vast swathes of the Pacific will also come under protection on Thursday, with the tiny island state of Kiribati due to announce that it will ban commercial fishing in one of the last great tuna grounds left in the world.

Kiribati’s no-take zone, around the Phoenix Islands protected area, will cover about 158,000 square  miles, about the size of California. It comes into effect in January 2015.

However, they noted that Obama had dramatically scaled back the reserve following opposition from the commercial tuna industry.

The Marine Conservation Institute had been pressing Obama to expand the marine park to the fullest extent possible, around all seven islands and atolls, which would have pushed the limits of the no-take areas to about 782,000 square miles instead of the 490,000 being announced on Thursday.

But after protests from Hawaii-based tuna fleets, Obama opted to leave the seas around four of those islands – Howland and Baker islands, Palmyra atoll and Kingman Reef – open to fishing. 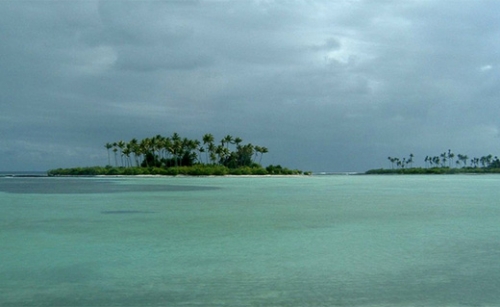 The reserve would ban fishing and other commercial activities across vast swaths of pristine sea populated by whales, dolphins and sea turtles and dotted with coral atolls.
Credit: Luigi Guarino/flickr

It was the 12th time Obama has bypassed Congress and used the antiquities act for environmental protection.

“This is a great moment,” said Greg Stone, chief scientist for Conservation International. “This is some of the last real tropical ocean wilderness left on the planet, so it’s good put some of these kind of reef systems aside. On top of that there are the protections for the open ocean and I’m assuming for the sea floor from mining,” he said.

The White House said it created the marine park in response to changing ocean chemistry caused by climate change.

“Expanding the monument will more fully protect the deep coral reefs, seamounts, and marine ecosystems unique to this part of the world, which are also among the most vulnerable areas to the impacts of climate change and ocean acidification,” it said.

It said the expanded monument would broaden protection for wide-ranging marine species such as whales, sea turtles and manta ray, as well as the millions of birds that nest on the atolls.

“We have very few places left in the ocean that are still near pristine and it is very important to protect them,” said Enrique Sala, explorer-in-residence for National Geographic.

Thursday’s proclamation nearly doubles the expanse of ocean off limits to fishing and deep sea mining, he said. 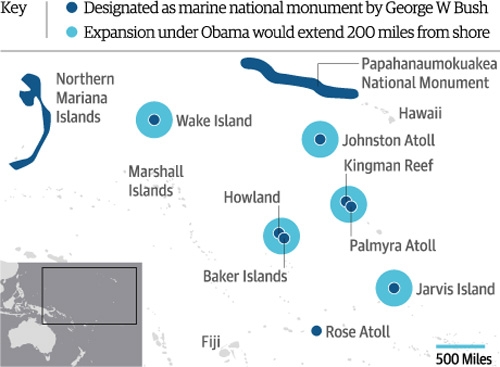 Obama has adopted ocean protection as one of the signature issues of his second term – with assistance from the secretary of state, John Kerry, who is a veteran supporter of environmental causes.

The proposal for a marine preserve was first floated last July at a state department ocean summit.

Catherine Novelli, undersecretary of state for economic growth, energy and the environment, said the administration was working with Kiribati and other small island states to expand protections across the Pacific.

“These marine protected areas are very important for the ocean. The reason why we are going to get more countries to do them is because the whole biosphere, including the fish, need to be able to regenerate,” she said. “If everyone is just fishing, fishing, fishing, there is no space for that to occur.”

The state department is launching an initiative with other governments and charitable foundations on Thursday that will look at ways of enforcing no-take rules in marine preserves, and cracking down on pirate fishing fleets.