The federal government on Friday unveiled its vision for wind farms off of nearly every U.S. coastline by 2050, in an effort to generate 86 gigawatts of electricity from offshore wind — enough zero-carbon power for more than 23 million homes.

The National Offshore Wind Strategy, part of the Obama administration’s Climate Action Plan, calls for major investments in offshore wind farm construction now that North America’s first offshore wind farm has been completed off of Rhode Island and 11 areas of the Atlantic Coast have been leased for future wind development. 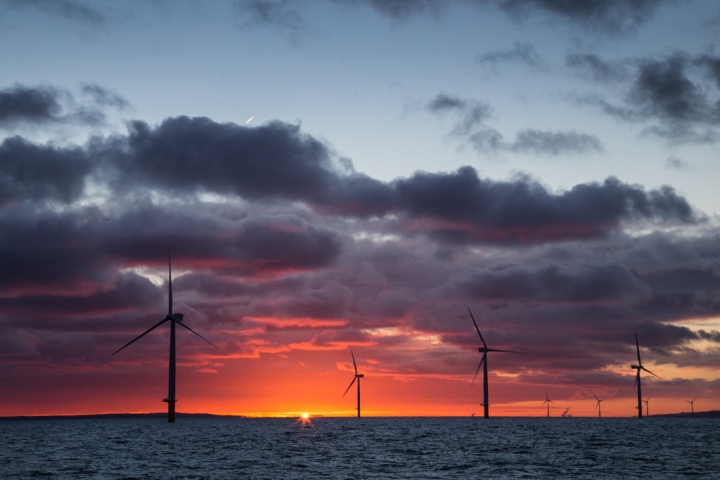 The Obama administration has made offshore wind a major part of the U.S. strategy to reduce greenhouse gas emissions under the Paris Climate Agreement in an effort to keep global warming from exceeding 2°C (3.6°F).

Until now, Europe has led the world in building offshore wind farms, but the U.S. had not built any until this year. The Obama administration and the wind power industry see offshore wind as a huge untapped source of zero-carbon electricity, which, if fully developed, has the ability to generate twice the electricity the U.S. produced in 2015.

The offshore wind strategy outlines dozens of ways the federal government plans to support the construction of offshore wind farms over the next five years. Among them are plans to improve data gathering on the meteorological and sea floor conditions that are ideal for locating a wind farm, improving wind turbine designs and building full-scale offshore wind farm demonstration projects.

The future of offshore wind development in the U.S. will be built upon the success of the Block Island Wind Farm, which was completed in August and is expected to begin generating electricity for New Englanders later this year. The project includes five wind turbines capable of generating 30 megawatts of electricity, which will be sold to the utility National Grid.

“The Block Island Wind farm serves as tangible proof that offshore wind is a viable source of energy for America’s future,” said Tracey Moriarty, spokeswoman for the Bureau of Ocean Energy Management, which oversees renewable and fossil fuels development in U.S. waters. “Many of the lessons learned from the Block Island project — e.g., facility design, fabrication and installation — will inform future projects to be developed on the Outer Continental Shelf.” 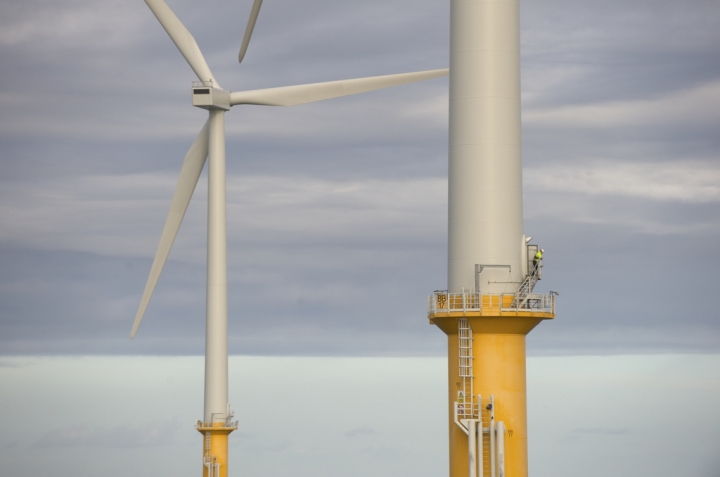 A wind farm off the shore of the United Kingdom.
Credit: Danish Wind Industry Association/flickr

The developers of the Block Island project are also working with the bureau to study the environmental impacts of offshore wind farms, she said.

“I don’t think the significance of America’s first offshore wind farm coming online can be overstated at this point,” said Nancy Sopko, manager of federal legislative affairs for the American Wind Energy Association, an industry trade group. “This is more than just the first project. This is a dawn of an entirely new source of U.S. energy.”

Jeremy Firestone, the director of the Center for Carbon-free Power Integration at the University of Delaware, said the Block Island project will teach future developers how offshore wind turbines withstand hurricanes and nor’easters, how migrating whales react to the turbines, and it gives the public and lawmakers an opportunity to see what an offshore wind farm looks like without having to travel to Europe.

“It is a clear marker that offshore wind can happen in the U.S.,” he said.

The Obama administration envisions offshore wind happening in a big way off of the Atlantic and Pacific coasts, off the shores of Hawaii and in the Great Lakes in the coming years.

In addition to an offshore wind research project off the coast of Virginia, and others in the works off of New Jersey, Massachusetts and Maryland, other projects are in early stages of development in the following places, according to the ocean energy bureau:

• New York: By the end of this year, the bureau is expected to begin leasing 81,000 acres of waters 11 miles off the coast of Long Island for a large-scale wind project. The area, due south of Nassau County, was set aside earlier this year following a proposal from the New York Power Authority to build 194 wind turbines that could help provide electricity for Long Island and New York City.

• California: A 765 megawatt wind farm has been proposed off of California’s Central Coast about 33 miles west of Morro Bay. The bureau is considering opening up nearly 68,000 acres of waters there to offshore wind leasing.

• Hawaii: Two developers have expressed interest in leasing waters of the shores of Oahu for projects totaling 400 megawatts of wind generating capacity. The bureau is considering opening 485,000 acres of water near Oahu for offshore wind leasing.

You May Also Like:
Atlantic Hurricane Season is Seeing More Major Storms
With Warming, Western Fires May Sicken More People