NY State Expects All Utilities to Prep for Climate Change

In a major settlement that could have far-reaching implications nationwide, New York's largest utility is now responsible for preparing for a future of extreme weather, including the impacts of climate change.

The state now expects all of the utilities it regulates to consider how sea level rise, extreme weather and other possible effects related to climate change will affect their operations and reliability as they make future construction plans and budgets. It's a model that experts say other states could use to address the ravages of climate change. 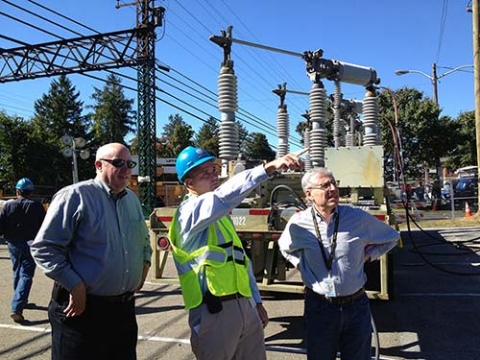 The expectations were set forth as part of a Feb. 20 settlement between the New York Public Service Commission (NYPSC) and Consolidated Edison, the New York City area’s largest electric utility, which approved ConEd’s new electricity, steam and natural gas rates for the next several years.

Partly as a result of the damage the New York region and ConEd’s infrastructure sustained during Hurricane Sandy, the settlement requires ConEd, one of the nation’s largest utilities, to study how climate change will affect its infrastructure and how to adjust its operations to mitigate those effects.

In requiring ConEd to study its vulnerability to climate change, the commission took a step further, declaring that it expects all state utilities it regulates to do the same.

ConEd requested $1 billion in its 2013 rate plan filings with the NYPSC for “storm hardening” — the process of making utility lines and other infrastructure more resistant to storms. As the NYPSC was reviewing the rate plan proposals, experts testified that the state’s approval should require that such a large investment last for most of the remainder of the 21st century.

For the NYPSC, that meant ConEd’s lines would have to withstand the possible ravages of more extreme weather related to the effects of climate change. Over the next several years, ConEd will collaborate with Columbia University and other organizations to develop long-term plans for making its utility lines more resistant.

In its settlement order, the NYPSC said the need for ConEd to brace itself for a changing climate applies to other utilities across New York State as well, including all electricity, steam, natural gas, telephone, cable and private water utilities.

As illustrated by Sandy's devastation—44 dead, billions of dollars in damage, a flooded subway system and ConEd's largest-ever power outage— the New York City area is highly exposed to the threat of sea level rise and extreme weather in a changing climate. That includes increasing risks of worsening heat waves and damaging storm surge during hurricanes because of rising sea levels. New York City recognized last year that damage from a Sandy-like storm could cost the city $90 billion if it were to hit mid-century. 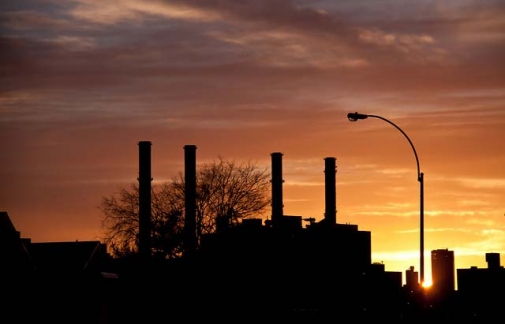 A ConEdison plant on the East River.
Credit: Chris Goldberg/flickr

“We expect the utilities to consult the most current data to evaluate the climate impacts anticipated in their regions over the next years and decades, and to integrate these considerations into their system planning and construction forecasts and budgets,” the NYPSC said.

Michael Gerrard, director of the Center for Climate Change Law at Columbia Law School in New York City, said it's groundbreaking that the NYPSC expects other utilities to address climate change in this way.

“It's not an order, but it's a very strong signal to other utilities — an unmistakable statement of the intention of the commission to require this,” Gerrard said. “And, it's a statement of expectation. It's the kind of thing that utilities and their lawyers take very seriously. Though it's not quite at the level of a formal order, the PSC will be expecting to see that.”

If the state is successful in requring New York utilities to address climate change vulnerability in all their construction plans, it may set a precedent that other states could use as a model for their utilities, Gerrard said, adding that he hopes that the 49 other states will eventually follow suit.

The Center for Climate Change Law joined with a coalition of universities and environmental groups, including the Environmental Defense Fund and the Natural Resources Defense Council, to petition the NYPSC to require all the utilities it regulates to draw up climate change adaptation plans so they can ensure reliable service in the face of global warming.

ConEd was hit hard by Hurricane Sandy, so the coalition thought the utility would be receptive to that approach, Gerrard said.

ConEd has committed to spending $1 billion by 2016 to protect the utility’s most critical equipment from storms. Spokesman Allan Drury said the company supports conducting a study on the possible impacts of long-term climate change on ConEd’s operations and to find ways to prevent harm to them.

The settlement says ConEd has adopted new design standards for its utility lines in flood zones and it has committed to revisiting that standard every 5 years, taking into account the latest federal flood plain maps and projections for future sea level rise. 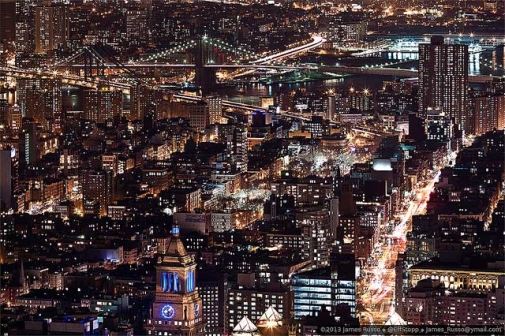 “Hurricanes Irene and Sandy and other extreme weather events that have struck our area in recent years make it clear that weather patterns are changing,” Drury said. “Severe storms are becoming more frequent and destructive.”

“We were pleasantly surprised how receptive they were,” Gerrard said, referring to ConEd. “We came in with climate scientists from Columbia who laid out the quantitative realities. ConEd is run by engineers. They get the math.”

“Especially the issues of risk-based cost/benefit analysis issues have only been started to be addressed,” Jacob said via email. “This will take hard and persistent work, and continued willingness for ConEd and NGOs, etc., to cooperate and find consensus.”

The settlement also says that ConEd will provide funding for distributed power generation in the New York City area and develop a plan for a microgrid pilot project, an idea that has been considered since Hurricane Sandy, but the legal status of which has been seen as murky because state regulations and NYPSC’s position on microgrids were seen as unclear.