Nuclear power, a low-carbon but expensive source of electricity, isn’t likely to grow much in the United States, even as President Obama pushes to slash greenhouse gas emissions from electric power plants.

But the U.S. Department of Energy is betting that $60 million in new research and development could eventually breathe some new life into nuclear power in the U.S., helping to reduce greenhouse gas emissions under the Obama administration’s Clean Power Plan. 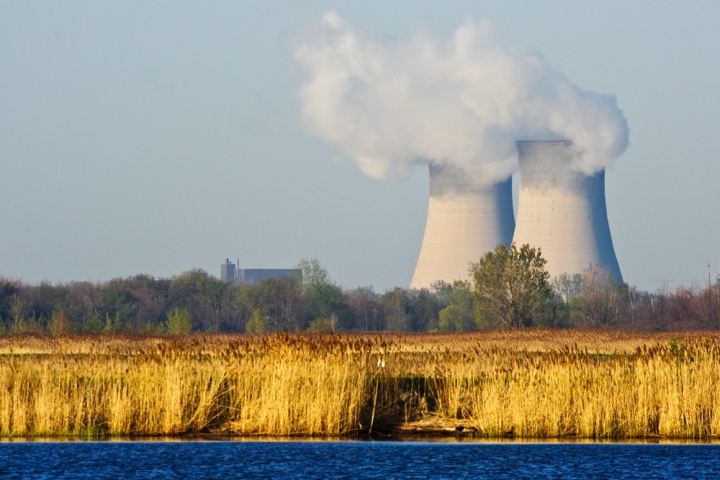 Nuclear power accounts for about 20 percent of all electricity generated in the U.S. The U.S. Energy Information Administration expects that number to fall to 16 percent by 2040 with or without the Clean Power Plan. If finalized in August, the plan will slash emissions from existing power plants.

The $60 million the Department of Energy is dedicating to nuclear research will go to more than 40 different projects at universities across the U.S. focusing on nuclear energy modeling, nuclear security and safety and new reactor concepts and fuels.

U.S. Energy Secretary Ernest Moniz, speaking Monday at the Energy Information Administration’s annual energy conference in Washington, said he is bullish on nuclear power as a clean energy source. However, the high costs of developing nuclear energy have to come down, he said.

The federal government is interested in testing small modular nuclear reactors, which are more efficient and less costly to operate than large traditional nuclear power plants, as a way to make nuclear power less expensive. Enough reactors to generate 50 megawatts could be operating within a decade, he said.

Research and development that searches for solutions to safety issues presented by the Fukushima Daiichi nuclear disaster in Japan and other safety flaws in reactor designs are necessary for the nuclear power industry to ever grow again in the U.S., Charles Kolstad, senior fellow at Stanford University’s Precourt Institute for Energy, said. 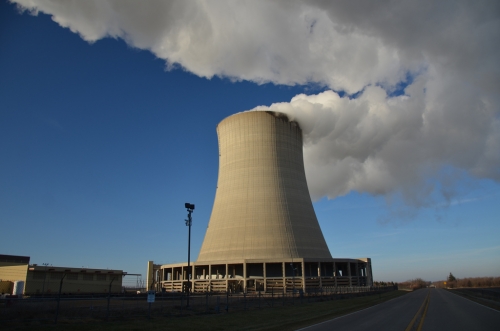 A cooling tower at the Byron Generating Station in Illinois.
Credit: Michael Kappel/flickr

The Department of Energy’s research program is an effort to develop advanced nuclear technology that could address some of the concerns people have raised around the world.

“It’s perfectly appropriate for the government to ask if we can fix this problem,” Kolstad said. “In the meantime, I think everybody agrees that nuclear is not coming back in the U.S. as it’s currently constituted, at least not very much, which is why the EIA has forecast flat nuclear power (through 2040).”

MIT atmospheric scientist and nuclear power supporter Kerry Emanuel said the Department of Energy’s research grants seem small, but the climate will benefit if they aid in developing a new nuclear power program with new-generation reactors that could burn toxic waste from obsolete nuclear plants as fuel.

“What this country needs is a renaissance of fission-based power,” Emanuel said. “I really hope that we start paying attention to the climate problem and we get on board with nuclear as one of a suite of technical solutions that will help us deal with the risk.”