For years, much of the concern about the melting of Greenland’s massive ice sheet has been focused on the massive retreat of glaciers in the island’s southeast and west, fueled by climate change. Those on its colder, drier northeast corner were thought to be stable. 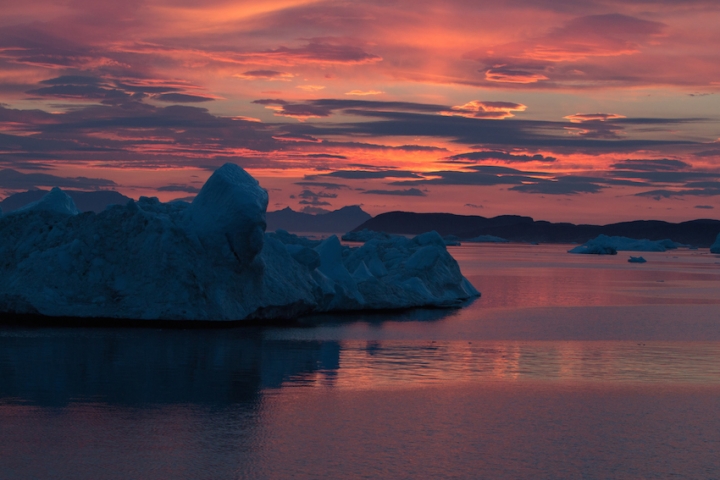 But a new study detailed in the journal Science shows that two of those glaciers are showing worrying changes, and that one has been retreating at an accelerating rate in recent years as it faces a dual attack by warm air from above and warm water from below.

These shifts mean this area of the frozen expanse could increase Greenland’s contributions to overall sea level rise in the coming years, the study researchers conclude.

The results show the changes that are piling up in the fastest-warming region of the planet, the Arctic, as the world heats up from the buildup of greenhouse gases in the atmosphere.

“One more sector of Greenland is affected by the change” in Earth’s climate, study co-author Jeremie Mouginot, an associate project scientist at the University of California, Irvine, said.

From Stable to Retreat

The mass of miles-thick ice that covers most of Greenland could raise global sea levels by some 20 feet if it all melted. It is already estimated to have contributed 30 percent of the 8 inches of sea level rise that has occurred since the beginning of the 20th century.

In order to improve predictions of what Greenland could funnel into the oceans as warming continues, scientists are working to better understand the processes that are causing its glaciers to melt and retreat. To do this they are using a number of tools, including airborne radar surveys and myriad satellite instruments, to get a clearer picture of what is happening at the surface of the ice and at its base, where it glides over bedrock.

The new study compiled data from some of the sources for two marine glaciers in northeast Greenland, Zachariae Isstrom and its neighbor, Nioghalvfjerdsfjorden. Together, these glaciers, essentially slowly flowing rivers of ice, reach deep into the center of the ice sheet, draining about 12 percent of it. The two glaciers hold enough ice to raise sea levels by about 3.5 feet. Marine glaciers are ones that run from land to sea, where the ice begins to float. That tongue of floating ice is called an ice shelf and acts as a doorstop, buttressing the glacier behind it.

In their data, the researchers saw that while Zachariae was stable for decades, that all changed when a huge chunk of its ice shelf broke off in 2002-03, after which the remainder continued to crumble. Today it is only 5 percent of the size it was in 2002.

With that stabilizing force reduced, the glacier steadily retreated until 2012, when it noticeably sped up and started shedding ice from its grounding line, the point where ice transitions from land to the sea. The team calculated that between 2011 and 2015, the grounding line retreated the same amount as it had in the 15 years prior, a quadrupling of its retreat rate.

Image time series of Zachariae Isstrøm from the Landsat satellite. Retreat of the glacier front is shown as a line color-coded from dark green (2003) to light green (2015).
Credit: Jeremie Mouginot/UCI]

Likewise, the surface flow of the glacier tripled its acceleration after the 2012 event, and the thinning of the glacier and its ice shelf doubled, the researchers found.

“The new results are important and consistent with earlier findings,” Shfaqat Khan, a senior researcher at the Technical University of Denmark who has studied the same glaciers but wasn’t involved in the new study, said in an email.

While Nioghalvfjerdsfjorden is also rapidly melting, it isn’t retreating as quickly because the bedrock beneath it slopes upward toward the sea, whereas the ground below Zachariae slopes downward, speeding its way. But if Nioghalvfjerdsfjorden’s ice shelf sees a similar breakup, the pace of its retreat could also quicken. The same is true for other northern glaciers that are currently stable but seem to have some of the same processes at work.

Right now the total amount of melt from Zachariae is small compared to other big-name retreating glaciers, like Jakobshavn Isbrae in the southeast. But that could easily change, Mouginot said. “Right now it’s at the beginning.”

“If the current trend continues, the northeast corner will become a significant contributor, or perhaps the largest contributor, in the near future,” Khan said.

The researchers think that the melt and retreat of the northeast glaciers is due to a combination of warmer air at the surface and an invasion of warm water cutting away at the ice shelf and glacier from below. The problem is they don’t have direct measurements of water temperatures there, something Mouginot said he and his colleagues were lobbying to include in efforts like NASA’s Oceans Melting Greenland research initiative.

But based on what they do know, Mouginot and his colleagues write that, “the destabilization of this marine-based sector will increase sea-level rise from the Greenland Ice Sheet for decades to come.”

You May Also Like:
Energy Transition Underway Ahead of Paris Climate Talks
New Fees Seen to Weaken Demand For Rooftop Solar
Paris Pact May Hinge on ‘Loss and Damage’ Dispute
The World is Halfway to 2°C