Half of North America’s bird species, from common backyard visitors like the Baltimore oriole and the rufous hummingbird to wilderness dwellers like the common loon and bald eagle, are under threat from climate change and many could go extinct, an exhaustive new study has found. 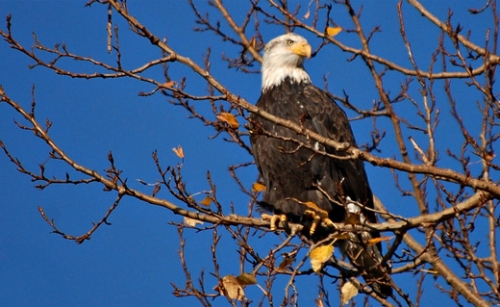 The bald eagle could lose 75 percent of its range because of climate change.
Credit: Mark Faviell/flickr

Some 314 species face dramatic declines in population, if present trends continue, with warming temperatures pushing the birds out of their traditional ranges. Ten states and Washington, D.C. could lose their state birds.

“It is hard to imagine that we are not going to lose some of these birds permanently,” said Gary Langham, chief scientist for the Audubon Society and leader of the study.

“The scale of disruption we are projecting means that many familiar sounds, and many familiar birds that people may see in their backyards and on their walks, that help them define a place for them, may no longer be there.”

The outlook was far bleaker than a U.S. government report just a few years ago on the fate of North America’s birds under climate change. That report, in 2010, projected ocean and Arctic birds would be most vulnerable to climate change.

An updated version of that report was released on Sept. 9, 2014. 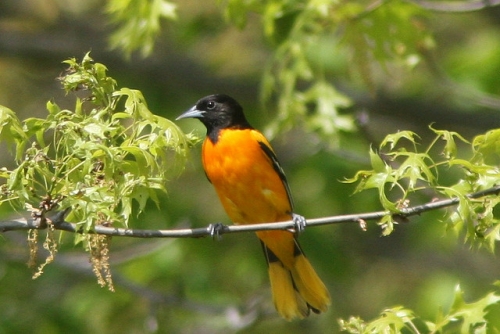 The Audubon researchers found that by mid-century, 126 of the 588 bird species in the study would lose more than half of their traditional ranges, and would go into decline. An additional 188 species would lose their range by 2080, according to the study.

The bald eagle, once considered a success story for American conservation, could lose 75 percent of its range by 2080. Some birds, such as the trumpeter swan, would lose virtually all of their range towards the end of the century, according to the projections.

The study found 274 birds would maintain or increase their range under climate change. But Langham said that was not an automatic guarantee for survival. Even if the birds find more room to expand, they could face renewed competition from other species, as well as new predators.

The researchers drew on more than a century of observations from birders as well as a 40-year historical record from the U.S. Geological Survey, combining the data with 17 climate models. 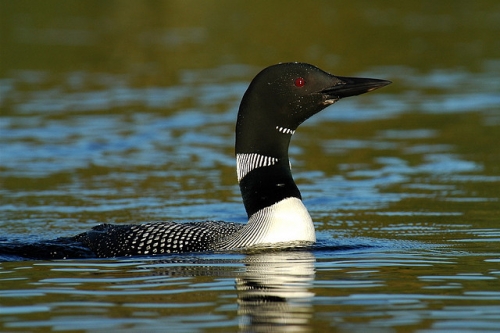 A common loon swims in a lake.
Credit: Matthew/Flickr

The Audubon’s chief executive, David Yarnold, described the findings as a “call to action.”

The group is calling for cuts to the carbon emissions that cause climate change, as well as measures to preserve more habitats and give the birds a better chance of survival.

But the findings, though grim, may underplay the threat to survival of North America’s birds.

Langham said the study did not take into account other factors associated with climate change – such as sea level rise, which can flood marshes and other bird habitat with salt water; drought, which can kill off insects and other food sources, or extreme storms. As a result, it was likely a conservative look at the fate of birds, he said.