If you blinked, it would have been easy to have missed a lot of big news on efforts to tackle global warming this week. 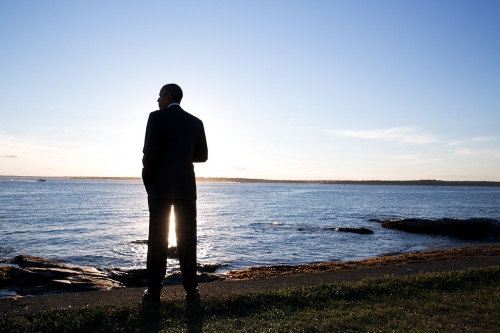 It’s being reported that President Obama will announce that the U.S. will pledge $2.5 billion to $3 billion over four years to the Green Climate Fund. The news on Friday comes hot on the heels of an earlier agreement struck between China and the U.S. to curb the amount of greenhouse gas pollution that each country pumps into the air in the coming decades.

“What a week!” said Jake Schmidt, the Natural Resources Defense Council’s international program director, when we reached him by phone on Friday.

The rapid-fire news comes just weeks before negotiators representing nearly 200 countries sit down in Lima for major talks before a global post-Kyoto Protocol treaty is finalized in Paris next December.

Here’s the lowdown for everybody who blinks.

2. A 370-megawatt concentrated solar plant in the Mojave desert, with hundreds of millions to spare.

3. A small step toward meeting developed countries’ goals of providing $100 billion a year, by 2020, to help poor countries adapt to climate change and reduce their greenhouse gas pollution.

What does the Green Climate Fund do?

Nothing. Yet. But the U.N.-run fund will eventually support climate mitigation and adaptation projects in developing nations. It’s an integral part of the upcoming climate treaty. The fund’s executive director, Hela Cheikhrouhou, aims to have secured more than $10 billion in commitments by the end of the year — enough for it to start work. The pledge by the U.S., combined with an anticipated $1.5 billion pledge from Japan and $125 million from the Netherlands, would get the fund more than halfway toward that goal.

Can Obama find that money?

Sans a formal announcement, figuring out where the money would come from is open to informed speculation. The U.S. already provides climate aid to programs that help developing nations, so a part of the new commitment could involve dexterous accounting, shifting cash from existing programs to the U.N. fund. But it’s possible that Obama will need to have additional spending approved by the Republican-controlled Congress, which has been averse to funding climate action.

Will the U.S. meet the pledge it recently made to China?

To reduce its annual greenhouse gas pollution levels by a little more than a quarter by the mid-2020s, compared with 2005 levels, would require the U.S. to do more than just require power plants to meet proposed new pollution standards, Bloomberg BNA reported after interviewing a number of analysts. But it could be done without Congress’s support.

Still, the pledge is less ambitious than one made by the U.S. five years ago, when it committed to reducing 2025 greenhouse gas emissions to 30 percent below its 2005 levels.

Will China meet its pledge to the U.S.?

China pledged to stop increasing its annual greenhouse gas emissions beyond 2030 — something that some critics say would probably happen anyway as growth plateaus and air-cleansing pollution measures take effect. The NRDC and others disagree. “Based upon the numbers we’ve looked at, this is clearly not business as usual for the U.S., and it’s definitely not business as usual for China,” Schmidt said. 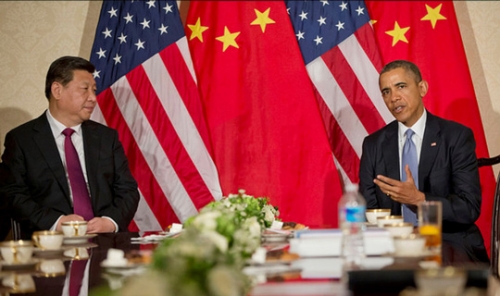 How significant was the agreement between the U.S. and China?

“It’s a diplomatic breakthrough, long in the making,” Harvard University environmental economist Robert Stavins said. “It’s potentially the most important development in international climate negotiations in the past 5 to 10 years.”

Will the Europeans ever come to the climate-protecting party?

Oh, please. This party is already so European it’s basically a cider- and ecstasy-fueled rave on a soccer pitch. The European Union recently committed to reducing emissions by 40 percent in 2030 compared with 1990 levels, and some of its members were the first to make pledges to the Green Climate Fund.

Is the developing world dancing in celebration?

“Whatever intentions have been declared by the U.S. and China is a good beginning,” India’s environment and climate change minister, Prakash Javadekar, told the Times of India.

“But it is not as ambitious as people wanted it to be.”

The pledges come ahead of a Green Climate Fund pledge drive scheduled in Berlin next week. But the rush of climate news is also coinciding with this weekend’s G20 meetings, which heat wave-affected Australia is preparing to host in Brisbane next week — amid a heat wave.

The country recently elected a strong opponent of climate action. Prime Minister Tony Abbott quickly repealed the country’s carbon tax after assuming power, replacing it with incentives for polluters to reduce climate-changing emissions. While opening a new coal mine, Abbott recently said that “coal is good for humanity” and “good for prosperity.” He had been trying to keep climate change off the G20 meeting agenda, but to little avail, and he has ruled out contributing to the Green Climate Fund.

So, no, Australia’s government is unlikely to be thrilled by the timing of this news, which could continue to isolate it on an issue that the rest of the world is taking with increasing seriousness.

But Abbott doesn’t speak for all Australians, hundreds of whom recently buried their heads in the sand at Bondi Beach in a climate protest directed at their leader.

You May Also Like:
NASA, Other Data Show Globe Had Warmest October
Economists: EPA CO2 Plan May Be Too Weak
Thunderstruck: Lightning Will Increase With Warming
Post Climate Pact, IEA Warns Fossil Fuel Trends Dire
‘Nobody Is Truly Ready’ For Rise of Seas