A combination of climate-driven sea level rise and stronger tropical cyclones is putting New York City at risk for more and higher floods like those seen during Hurricane Sandy, a group of researchers has found.

In a study published Monday in the Proceedings of the National Academy of Sciences, researchers compared sea level and storm surge heights from 850 to 1800, before significant human influences on the climate, to the period from 1970 to 2005.

The average flood height increased by about 4 feet in New York between the two time periods and with continued warming, larger and more extreme storms along with even higher sea level is likely to cause more frequent and intense flooding. 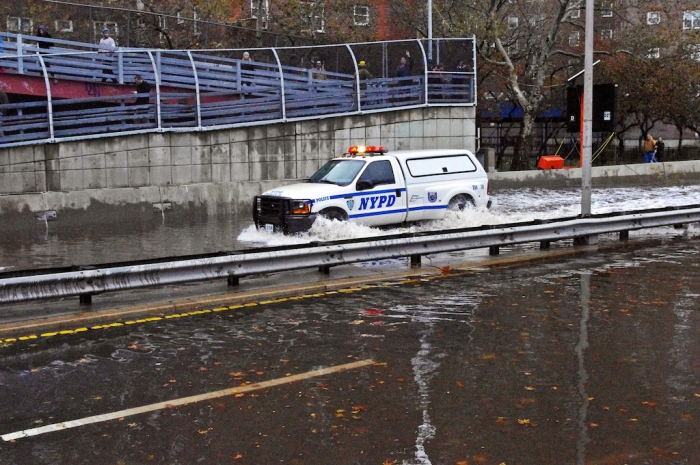 “The study is the preamble for what we have to be concerned about,” said Klaus Jacob, special research scientist at Columbia University's Lamont-Doherty Earth Observatory, who was not involved in the research. “Areas like the Rockaways, Staten Island, are just not sustainable. They cannot exist in 100 or 150 years as they exist now.”

Global sea level has already risen about a foot since 1900, and is projected to rise as much as 39 inches by the end of the century. Hurricanes are also expected to be stronger and more frequent. For New York, this could mean more damage from Sandy-like storms.

“Sea level rise in increasing flood heights, and there’s the added fact that characteristics of tropical cyclones are being impacted by climate change,” said Andra Reed, lead author of the study. “Those things combined are not good.”

The chance of another storm like Sandy, with a 9-foot storm surge, is now about once every 130 years, compared to once every 3,000 years in the pre-anthropogenic era, Reed said. 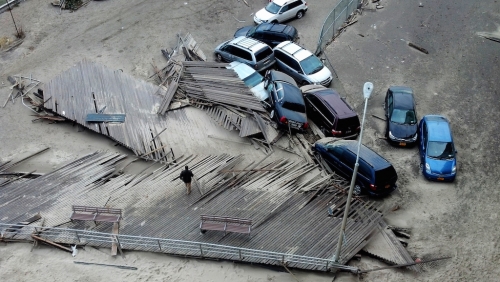 With more intense storms and rising seas, residents of New York need to be prepared for more flooding.

Since Sandy nearly three years ago, Mayors Bloomberg and de Blasio have convened two expert panels on climate change, one in 2013 and another in 2015. The most recent report provided climate projections through 2100 and laid out the increasing public health risks from extreme heat and coastal storms.

“This research is telling us that we need to have risk management strategies in place and we need to start trying to do something to mitigate the climate change,” Reed said. “If climate change is left unchecked it’s obviously going to continue to cause even higher sea level, and likely continue to get even more extreme and large storms.”

You May Also Like:
Sea Level Rise to Play Bigger Role in NYC Storms: Study
Severe Storms Bring More ‘Weather Whiplash’ to U.S.
Can Grains of the Past Help Us Weather Future Storms?