A new greenhouse gas that is 7,000 times more powerful than carbon dioxide at warming the Earth has been discovered by researchers in Toronto.

The newly discovered gas, perfluorotributylamine (PFTBA), has been in use by the electrical industry since the mid-20th century. 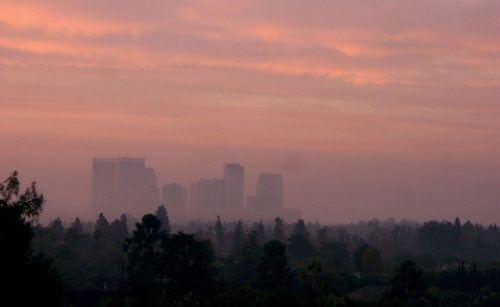 The chemical, that does not occur naturally, breaks all records for potential impacts on the climate, said the researchers at the University of Toronto's department of chemistry.
Credit: Flickr/Mel Stoutsenberger

The chemical, that does not occur naturally, breaks all records for potential impacts on the climate, said the researchers at the University of Toronto's department of chemistry.

“We claim that PFTBA has the highest radioactive efficiency of any molecule detected in the atmosphere to date,” said Angela Hong, one of the co-authors.

The study, published in the journal Geophysical Research Letters, found PFTBA was 7,100 times more powerful at warming the Earth over a 100-year time span than CO2.

Concentrations of PFTBA in the atmosphere are low – 0.18 parts per trillion in the Toronto area – compared to 400 parts per million for carbon dioxide. So PFTBA does not in any way displace the burning of fossil fuels such as oil and coal as the main drivers of climate change.

“This is a warning to us that this gas could have a very large impact on climate change – if there were a lot of it. Since there is not a lot of it now, we don't have to worry about it at present, but we have to make sure it doesn't grow and become a very large contributor to global warming.”.

He said a number of recent studies had drawn attention to other potential new greenhouse gases which, like PFTBA, pack a lot of warming potential in each molecule but are not very prevalent in the atmosphere.

Such studies were a warning against increasing uses of such compounds without first understanding their impact on climate change, he added. 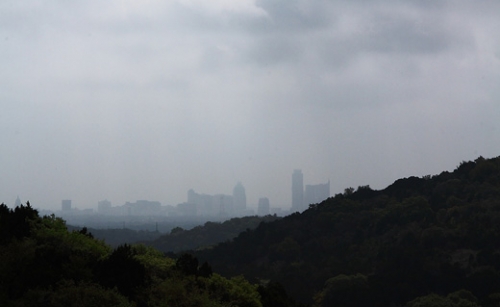 The study found PFTBA was 7,100 times more powerful at warming the Earth over a 100-year time span than CO2.
Credit: Flickr/Christian

“From a climate change perspective, individually, PFTBA's atmospheric concentration does not significantly alert the phenomenon of climate change,” Hong said. “Still the biggest culprit is CO2 from fossil fuel emissions.”

But PFTBA is long-lived. The Toronto researchers estimated PFTBA remains in the atmosphere for about 500 years, and unlike carbon dioxide, that is taken up by forests and oceans, there are no known natural “sinks” on Earth to absorb it.

“It is so much less than carbon dioxide, but the important thing is on a per molecule basis, it is very very effective in interacting with heat from the Earth,” she said. “Individually each molecule is able to affect the climate potentially and because its lifetime is so long it also has a long-lasting effect.”

Hong said the discovery of PFTBA and its warming potential raises questions about the climate impacts of other chemicals used in industrial processes.

PFTBA has been in use since the mid-20th century for various applications in electrical equipment, such as transistors and capacitors. The researchers said it was unclear how widespread its use was today.

It belongs to an entire class of chemicals used for industrial applications whose effects on the atmosphere remain unknown.

“PFTBA is just one example of an industrial chemical that is produced but there are no policies that control its production, use or emission,” Hong said. “It is not being regulated by any type of climate policy.”