LONDON – The best thing to protect your property from the sea is a sand dune – or a mangrove swamp, or a coral reef, kelp forest or sea grass meadow. Nature, which has been doing the job for three billion years, has had time to work out the surest and most enduring sea defenses, according to U.S. researchers.

Katie Arkema of the Natural Capital Project at Stanford University in California and colleagues found that the conservation of natural habitat could reduce by half the people and property at risk from coastal storms. 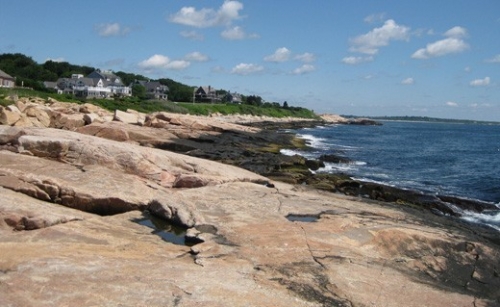 In total, 23 of the 25 most populous counties in the U.S. are on the coasts. Coastal engineering is expensive, and may not be the best solution regardless.
Credit: flickr/Claude Florin

As planetary temperatures rise and the ice caps retreat, sea levels are expected to rise: more frequent or more intense storms and flooding are also forecast.

In total, 23 of the 25 most populous counties in the U.S. are on the coasts. Coastal engineering is expensive, and anyway may not be the best solution.

The researchers mapped the U.S. coastline and calculated exposure to risk by 2100 to a resolution of 10,763,910 square feet (1 square kilometer). They factored in a number of scenarios for sea level rise and climate change. They also considered the densities of populations of the poor and the elderly and families with small children – those people most vulnerable to coastal storms.

They report in Nature Climate Change that they looked at natural habitat and began to assess its value in protecting coasts: in many cases, of course, development has removed this natural protection. Notoriously, Louisiana lost vast tracts of wetlands in the 20th century and with it the natural protection for New Orleans against storm surges of the kind that arrived in 2005 with Hurricane Katrina.

But they found that 67 percent of the U.S. coastline was protected by natural habitat. Inevitably, much natural protection had also been lost. 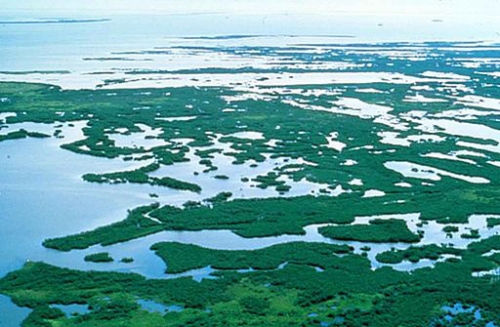 Mangrove swamps like this on in Florida afford good protection against the sea.
Credit: Wilen Bill, U.S. Fish & Wildlife Services via Wikimedia Commons.

There clearly is a case for coastal engineering. Urban areas and ports need breakwaters, and shoreline communities need some kind of protection.

After Superstorm Sandy battered and flooded New York in 2012, two beach communities in New Jersey discovered to their surprise that they had been protected by a sea wall built in the 19th century, and long since buried and forgotten.

But the Stanford-led researchers argue that such structures are costly, difficult to maintain and may not be as effective as a natural buffer.

“The natural environment plays a key role in protecting our nation’s coasts,” said Dr. Arkema. “If we lose these defenses, we will have to have either massive investment in engineered defenses or risk greater damage to people and billions in property.”