National Parks Visits Could Rise and Fall as Temps Warm

As the balmier temperatures of spring and summer arrive, the crowds begin to swell at the vast system of national parks and other landmarks spread across the U.S., to the tune of more than 270 million visits a year. 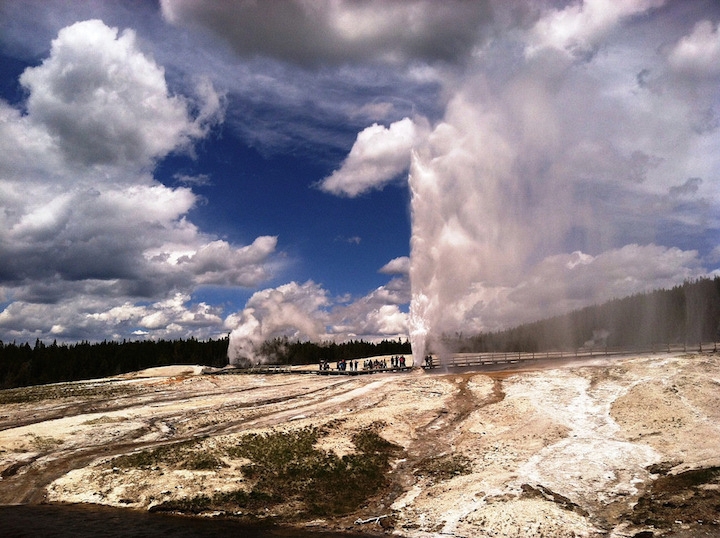 The number of people going to witness the eruption of Old Faithful or gawk at the grandeur of the Grand Canyon could go up along with the steady rise of overall temperatures driven by the buildup of heat-trapping greenhouse gases in Earth’s atmosphere, a new study finds. But only to a point: Once temperatures reach a certain threshold, park visits could actually decline, the research shows. That could mean fewer park goers in the hot summer months, and perhaps a shift to the milder fall and spring seasons.

“When, where, and how many people visit parks is likely to change as temperatures continue to warm,” study leader Nicholas Fisichelli, an ecologist with the National Park Service’s Climate Change Response Program, said in an email.

Fisichelli and his park service colleagues wanted to look at how warming might affect park attendance because those numbers help park managers determine where to put limited resources, and they can affect local communities that depend on park visitors to drive their economies. In 2013, some $14.6 billion was spent in the towns around national parks, historic landmarks and other protected areas, according to the study, detailed in the journal PLoS ONE.

To get an idea of how future temperatures changes might affect park visitation, the researchers first looked at their relationship over the past. The U.S. national park system is particularly well suited to this kind of study, Fisichelli said, because it is so extensive, covers a wide range of climates and has well-kept visitor data stretching back many decades.

The researchers found that air temperature explained more than two-thirds of the changes in attendance numbers from 1979 to 2013. It was an important factor in 95 percent of the 340 parks they looked at, which ranged from Pu‘uhonua o Hōnaunau National Historical Park in Hawaii to the Everglades in Florida to Denali National Park in Alaska.

They then used that historic relationship between temperature and visits and combined them with expected temperature changes by mid-century from climate models, which are among the most robust climate projections.

What they found from the historical records is that as the weather warms up, more people flock to the great outdoors. Until, that is, it gets too hot to be out in the sun all day, which seemed to be around 75 to 80°F.

“These patterns were found across national parks, from remote wilderness parks, to historical sites and battlefields, to urban parks,” Fisichelli said.

When he and his colleagues took those relationships and looked at how they might play out on future visitation, they found a range of trends: For colder-climate parks, such as those in Alaska or the Rockies, visits went up as temperatures became milder, while for those in already warm climates, such as Big Cypress National Preserve in Florida, visitation actually dropped in the hot summer months. Little change was projected for those parks in tropical climates that don’t see much temperature variation across the seasons. 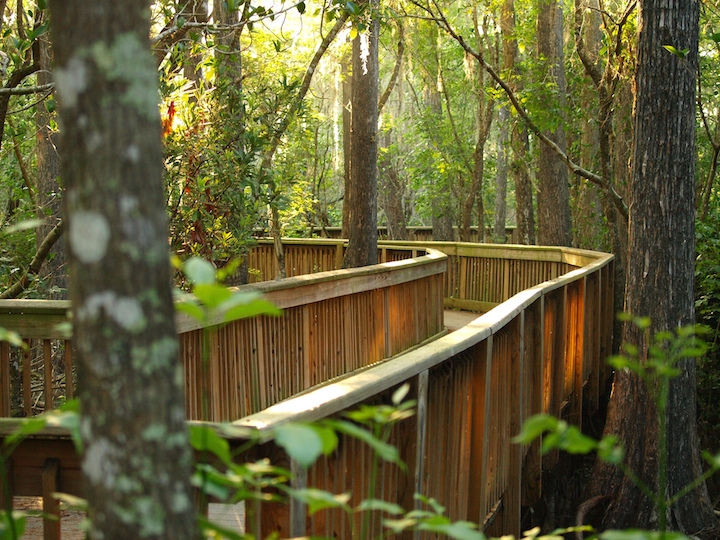 Big Cypress National Preserve in Florida is one of the sites already in a warm climate that could see a dip in summer tourism.
Credit: NPS photo by Gustave Pellerin

Overall, the study estimates that total annual visits to the park system by mid-century could increase by anywhere from 8 to 23 percent. The summer declines weren’t expected to affect the overall numbers much, as some attendance would be pushed to the milder fall and spring seasons.

The peak season is expected to become longer as pleasant temperatures expand to more of the year, and the visits in all seasons should also go up, the study found.

There are of course lots of other factors that affect park visits, from severe weather to trends in airline prices, but knowing how temperature might affect how many people come out to parks will help the park service better prepare for changes in when peak attendance occurs.

“These models are not crystal-ball prophecies but rather tools to help managers envision potential future changes and their management implications,” Fisichelli said.