Houston, we have a new blue marble.

NASA on Monday released a photograph from one of the U.S.'s newest satellites – a stunning image of the Earth taken from one million miles away. 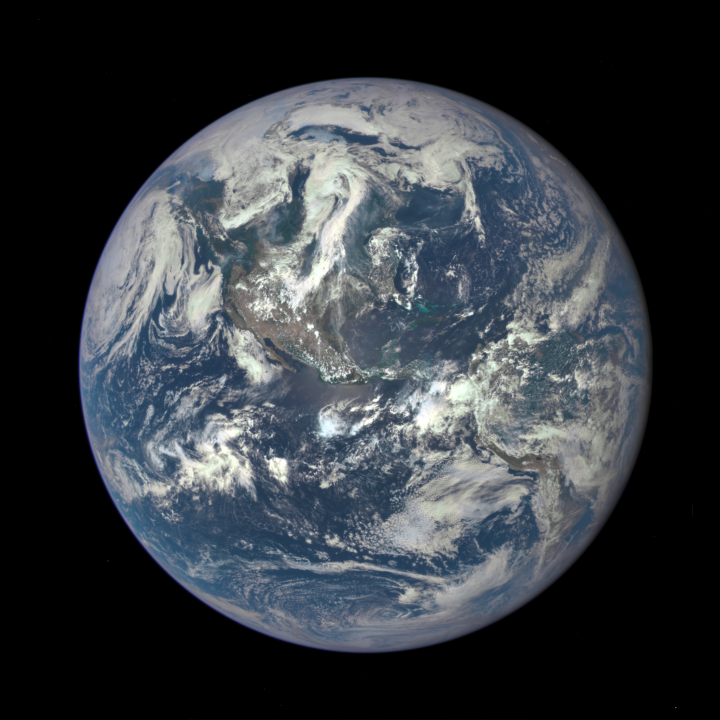 The Deep Space Climate Observatory (DSCOVR), the National Oceanic and Atmospheric Administration's (NOAA) first deep space weather satellite, snapped the picture from a location between the earth and the sun known as the Lagrange point 1.

While its primary mission is to collect data that NOAA’s space weather forecasters will use to issue warnings about solar magnetic storms headed towards Earth, the satellite also is carrying an Earth-facing camera aptly named EPIC, or Earth Polychromatic Imaging Camera. It will begin taking photos every day for both scientists and the public, which will be posted online by September.

“The high quality of the EPIC images exceeded all of our expectations in resolution,” said Adam Szabo, a DSCOVR project scientist in a press release. “The images clearly show desert sand structures, river systems and complex cloud patterns. There will be a huge wealth of new data for scientists to explore.”

Images from the EPIC camera also will help scientists monitor ozone and aerosol levels in the Earth’s atmosphere, cloud height, vegetation and solar irradiance – the amount of the sun’s energy hitting and reflecting from the sunlit side of Earth. Changes in solar irradiance can affect the global temperature.

The satellite was launched on what is planned to be a two-year mission, although there is enough fuel onboard to last five years.