The European Space Agency has been the main eye in the sky for monitoring the Larsen C ice shelf and calving event that gave birth to iceberg A68 earlier this month.

But NASA isn’t blind to what’s going on by any means. And on Tuesday, the agency released an image that rivals the satellite views its European counterpart has been sharing for months.

Behold a shot of the iceberg captured between July 14 and July 21 by the Landsat-8 satellite. 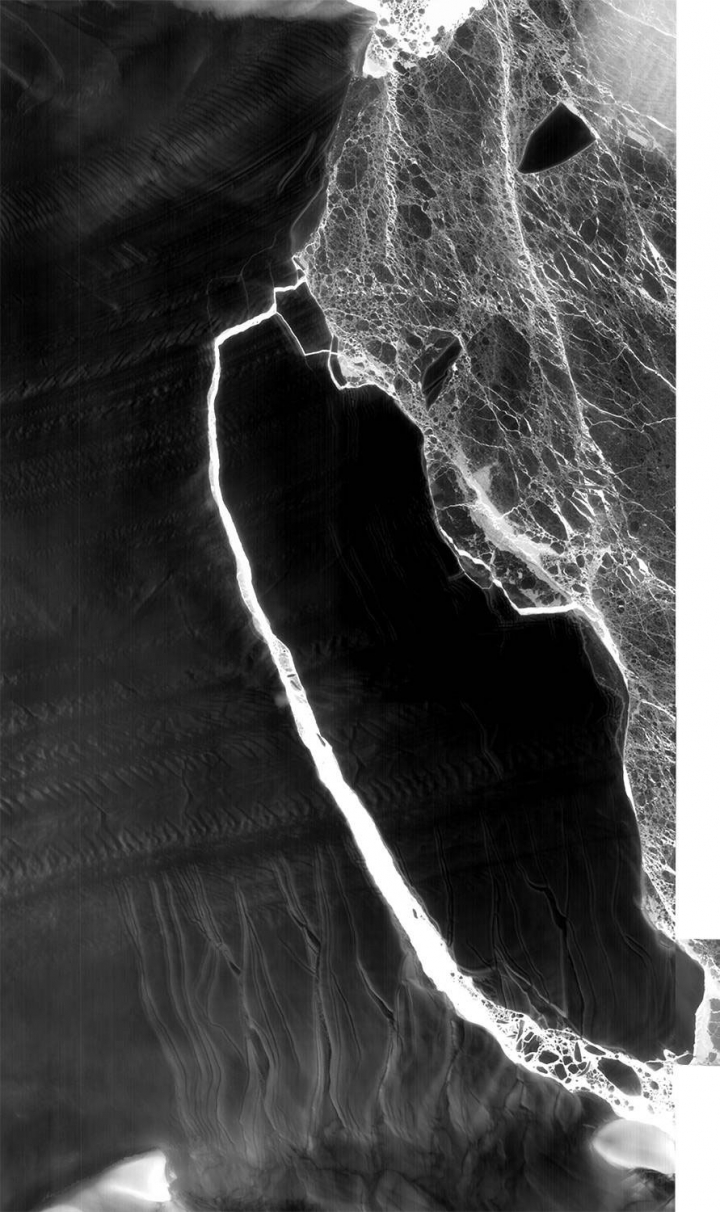 Landsat-8 captured iceberg A68 as it shifted away from the Larsen C ice shelf over the period of July 14-21.
Credit: NASA Goddard

It might look like a film negative but it’s much more high tech than that. Landsat-8 has a thermal infrared sensor on board, which captures images based on temperature. In the case of this image, the black is the cooler ice while the bright white is the warmer ocean waters surrounding it.

The image is equal parts eye candy and scientific goldmine. The dark patches between the ice shelf and iceberg A68 show the icy detritus left behind in the wake of the massive calving event. The thin slivers of white cutting across the iceberg also reveal more details of how the elemental forces of wind and water are clawing away at its massive edifice, which contains enough ice to fill 463 million Olympic swimming pools.

The gray areas laced with white on the right side of the image show the sea ice that iceberg A68 will have to push through as currents carry it off into the Weddell Sea and points yet unknown.

So yeah, NASA has delivered a pretty spectacular and informative satellite image. Your move, ESA.

You May Also Like:
New Jersey Is Cutting Food Waste to Help the Climate
Despite Summer Snow, Greenland Is Still Melting
A Nebraska-Sized Area of Forest Disappeared in 2015
How Distant Winds May Be Causing Antarctic Meltdown