As the world has warmed over the past few decades, climate scientists have increasingly sounded the alarm over the potentially catastrophic impacts that warming could have on the world’s weather. But in the U.S., that message may have been lost on most Americans because their day-to-day weather has actually become more pleasant, according to a new study in the journal Nature.

The study finds that overall winters in the U.S. have become much milder, while summers have not yet become sweltering — just how Americans seem to like their weather. 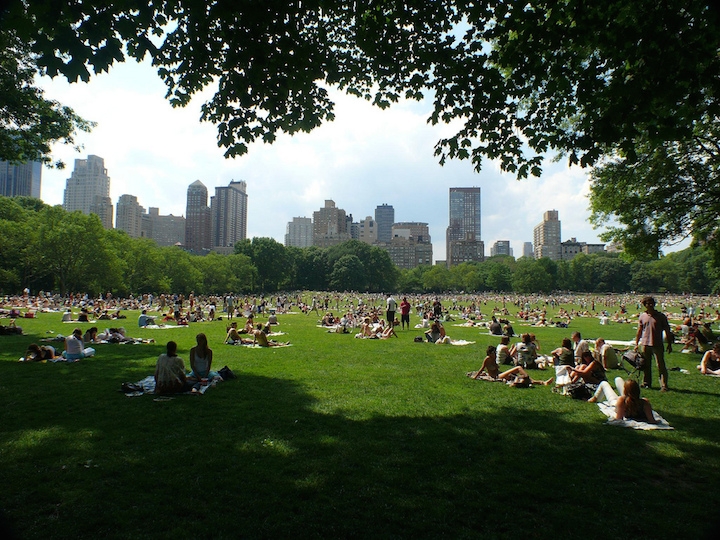 “Rising temperatures are ominous symptoms of global climate change, but Americans are experiencing them at times of the year when warmer days are welcomed,” study co-author Patrick Egan, a social scientist at New York University, said in a statement.

But this ideal balance won’t last — a reverse is looming, and the vast majority of Americans will see their typical weather become distinctly unpleasant, Egan and his co-author Megan Mullin found.

In recent years, numerous surveys and studies conducted to suss out Americans’ opinions on climate change have showed that people’s perceptions “are influenced by their experience with the weather,” Mullin, a Duke University social scientist, said. But those impressions are fleeting — an unusually warm summer or intense downpour is swiftly forgotten.

The results prompted Mullin and Egan to look into how U.S. weather has broadly changed over the last 40 years and how that fits with Americans’ weather preferences. As Mullin phrased it: “What has the population been experiencing during the period that they’ve been hearing this phrase ‘climate change’?”

To figure out just what kind of weather people prefer, they turned to studies conducted by economists and social scientists on how the U.S. population has shifted around the country in the last few decades. When various economic conditions are factored out, they found that people prefer to live in places with mild winters and summers that don’t get too hot or humid.

Mullin and Egan then examined weather station data going back to 1974 (when coverage and data quality improved markedly) for every county in the contiguous U.S. and evaluated those based on an index of weather preferences they created.

They found that for 80 percent of Americans, “weather conditions have improved over these last 40 years,” Mullin said.

The maximum July temperatures, on the other hand, only rose by 0.13°F (0.07°C) on average, and the increases were more variable.

Those results “show that it may be hard for Americans to understand how changes in climate can be a catastrophe when such changes apparently make daily life more pleasant,” Joacim Rocklöv, an epidemiologist at Umeå University in Sweden, wrote in an accompanying Nature commentary. He was not involved in the study.

But this general shift to more pleasant weather is going to reverse itself as the century progresses. Climate models show that summer temperatures will eventually rise more quickly than winter ones, leading to more stifling summer days.

By the end of the century, that flip will mean that 88 percent of the U.S. population will see a marked decline in weather index scores if emissions of the greenhouse gases that are trapping excess heat in the atmosphere are not abated, the study found.

The study suggests that the public doesn’t necessarily share the same concern over record warm winter days and months as climate scientists might. To bolster concern over climate change and support for curbing greenhouse gas emissions, it might be better to emphasize the changes in extreme weather, Mullin said.

Mullin said she and Egan couldn’t account for changes in extremes in the study because there is not enough work looking into how that shapes where people choose to live.

In an email, Radley Horton, a Columbia University climate scientists who was not involved in the study, pointed out both the study’s limitation in terms of omitting extreme weather as well as the fact that it didn’t take into account “myriad less direct ways (besides preference) that people can be affected by climate change (such as insect pest expansion with warming winters).” He said, though, that it was a “novel study” that gave a first look at climate preferences in the U.S.

The bottom line message for Americans? “Don’t get used to” the nicer weather, Mullin said.

You May Also Like:
Rooftops in Cloudy Places Could Be Solar Gold Mines
New Milestone: Earth Sees 11 Record Hot Months in a Row
March Continues Streak of Exceptional Global Warmth
Flirting with the 1.5°C Threshold