As global warming heats the Arctic, carbon dioxide emissions from melting permafrost could play a bigger role in worsening climate change than previously thought, according to a new study.

Scientists have long considered methane emissions to be the biggest climate threat posed by thawing permafrost. Methane is more potent than carbon dioxide in the short term because as the gas is released into the atmosphere, it speeds global warming, leading to more thawing, more emissions and even more warming. The resulting cycle is known as a climate “feedback” loop. 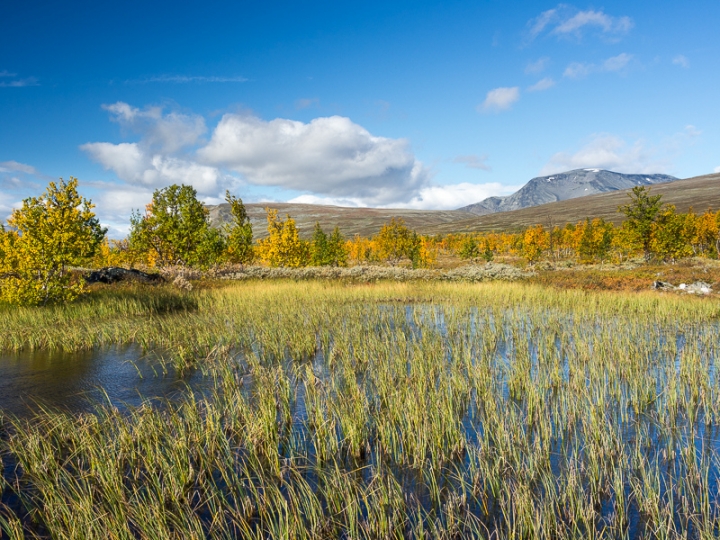 In the Arctic, where more than 1 trillion tons of carbon are locked within its frozen soil, researchers at Northern Arizona University have found that more carbon dioxide than methane is released into the atmosphere under certain soil conditions as permafrost thaws, eclipsing the global warming effects of methane, according to their study, published Monday in Nature Climate Change.

Thawing permafrost may leave behind drier soils in Arctic upland regions because moisture is more likely to drain there, while moisture is likely to gather in lowland areas, leaving behind wetter soils, said Christina Schädel, the study’s lead author and an assistant research professor of ecosystem sciences at Northern Arizona University.

Which soil type becomes the most dominate as the world warms will be key because the drier the soil is, the more carbon dioxide it will emit, the study shows.

Temperature alone could have a big effect on emissions, too. If temperatures warm by 18°F (10°C), carbon emissions from thawing permafrost could double, the study says. 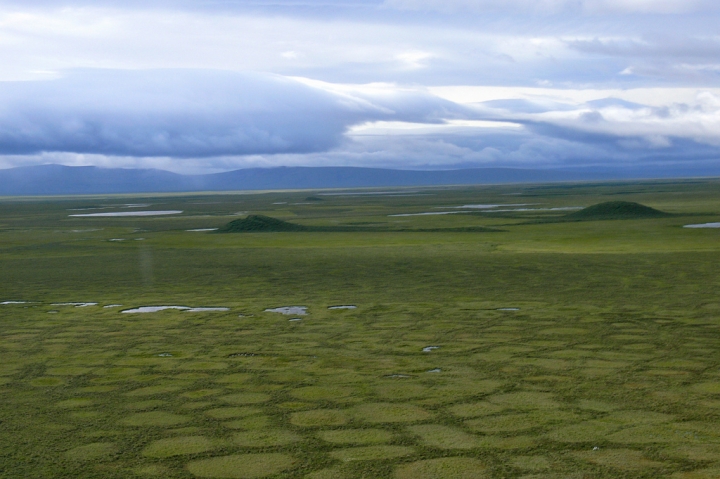 “Our results show that increasing temperatures have a large effect on carbon release from permafrost, but that changes in soil moisture conditions have an even greater effect,” Schädel said. “Drier environments are likely to have a stronger impact on the permafrost carbon feedback, meaning dry environments will amplify the response of carbon to the atmosphere more than wet environments.”

Scientists can now integrate the findings into climate models to better understand permafrost dynamics and carbon feedbacks, said Michael Puma, a research scientist at the Goddard Institute for Space Studies at NASA who is unaffiliated with the study.

“The paper is quite significant as it synthesizes results from numerous studies to provide insight into the impacts of warming temperatures on the release of carbon from permafrost,” Puma said. “Importantly, the authors find that the precise amount of carbon released will depend on whether the thawing permafrost is waterlogged or not.”

The study could also help scientists design emissions reduction strategies specifically for regions of the Arctic where thawing permafrost leaves behind dry, oxygen-rich soils, he said.

You May Also Like:
Abrupt Atlantic Ocean Changes May Have Been Natural