News cycles tend to be dominated by horror and carnage — a recipe for depression that spills into climate change coverage, fueling what some experts call a ‘hope gap’ that can lead people to fret about global warming but feel powerless to do anything about it.

The latest evidence that media outlets deem the myriad problems posed by climate change more newsworthy than solutions to it was contained in a study published this week in Nature Climate Change. 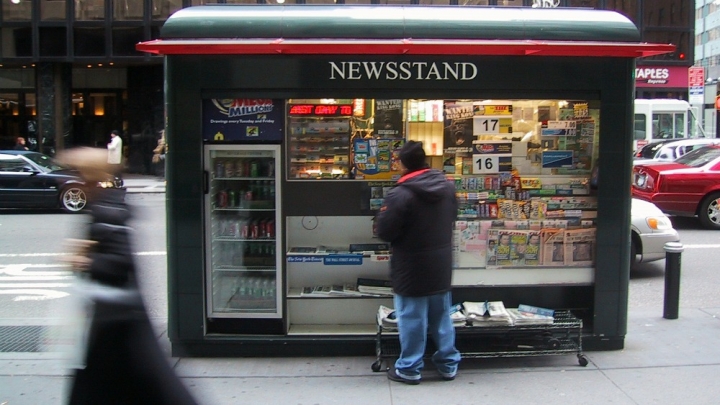 Researchers analyzed media coverage in the U.K. and the U.S. of three different reports published as part of the U.N. Intergovernmental Panel on Climate Change’s most recent climate change assessment. Their findings were a reminder that American outlets are bigger laggards on climate change coverage than their British counterparts. “The prominence of the IPCC reports was fairly low, particularly in the U.S.,” wrote the authors of the peer-reviewed paper, from the University of Exeter and the University of Colorado at Boulder.

Perhaps more provocatively, the results of the detailed analysis also suggest that newsrooms on both sides of the warming pond are struggling to produce stories about climate change in ways that are engaging for their audiences. Instead, they’re fueling senses of hopelessness on the issue.

“I don’t find their major findings surprising,” Anthony Leiserowitz, director of the Yale Project on Climate Change Communication, said of the study, with which he was not involved. “We find in our audience research that even the alarmed [those most concerned about climate change] don’t really know what they can do individually, or what we can do collectively. We call this loosely ‘the hope gap,’ and it’s a serious problem. Perceived threat without efficacy of response is usually a recipe for disengagement or fatalism.”

The findings were consistent with research published a little over a year ago by researchers from the University of Michigan and Rutgers University, in Science Communication, which found that most evening TV news reports dealing with the impacts of climate change failed to mention steps that can be taken to address the problem. This week’s study suggests journalists could help their audiences better grapple with the subject by reporting more on how pollution levels can be slashed and how communities can adapt to climate change.

The researchers say the findings may also reflect the IPCC’s approach to releasing its reports.

The IPCC released its assessment in three reports over about seven months, followed by a fourth “synthesis” report for which media coverage wasn’t analyzed for the new study. The first report, dealing with projections and trends of impacts such as rising seas, ocean acidification and increasing temperatures, was covered in 65 newspaper stories or broadcast news segments in leading outlets in both countries after it was released in late September, the researchers found.

The second IPCC report, released at the end of March, chronicled energy policy options for substantially curbing global warming, including an action plan that could keep warming to less than 3.6°F, which is the overarching goal of U.N. climate negotiations. That report was covered in 51 stories and segments. The third report was published weeks after the second, dealing with climate change adaptation, and it was covered just 27 times. 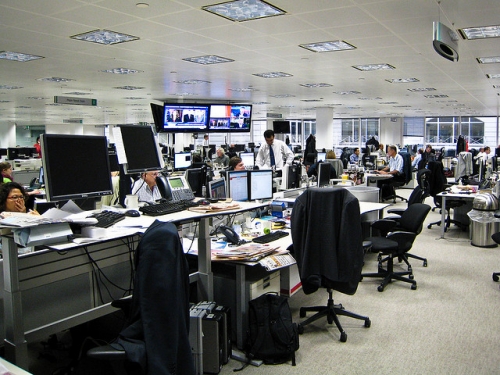 One of the authors of the paper, Saffron O’Neill, a geography lecturer at the University of Exeter whose research focuses on social science dimensions of climate change, said the downward trend in coverage of each of the IPCC reports was “quite possibly” a consequence of “climate story fatigue.” She said journalists may have grown weary of covering IPCC reports after the first one came out. “That’s certainly something the IPCC could change,” she said, suggesting the panel reconsider the way its reports are released.

But the team of researchers also examined the ways the stories about the IPCC’s findings were framed. They found a preponderance of them emphasized scientific consensus and scientific disputes. They also found that many focused on disasters, invoking fear that research by O’Neill and others have concluded can bring attention to climate change but fail to engage audiences. Very few IPCC stories were found to have been framed in terms of opportunities, health effects, ethical considerations, or the economics of global warming — frames that O’Neill said have been shown to be more engaging for audiences.

“In a way, these seemed to be missed opportunities,” Maxwell Boykoff, an associate professor at the Cooperative Institute for Research in Environmental Sciences at the University of Colorado at Boulder, said. He was one of the authors of the new paper.

Boykoff pointed out that we get “barraged” by bad news in the media on all types of topics — not just on climate change.

“It’s tough for the media — we’re not saying, ‘Focus on the positives, everybody,’” Boykoff said. “What we're saying is that, in terms of resonant communications with people, it’s those opportunities; it’s those hopeful messages that reach the public.”

Editor's note: Anthony Leiserowitz is a co-recipient of an NSF grant, along with Climate Central and George Mason University.