New and expanded marine parks and fishing rules could be powerful antidotes for threats of famine as fisheries dwindle from climate change and overfishing, new research has shown.

An ambitious new analysis of big marine data produced from thousands of dives by citizen scientists worldwide has detected a powerful link between the biodiversity of a coral or rocky reef and the size of the fisheries it supports. 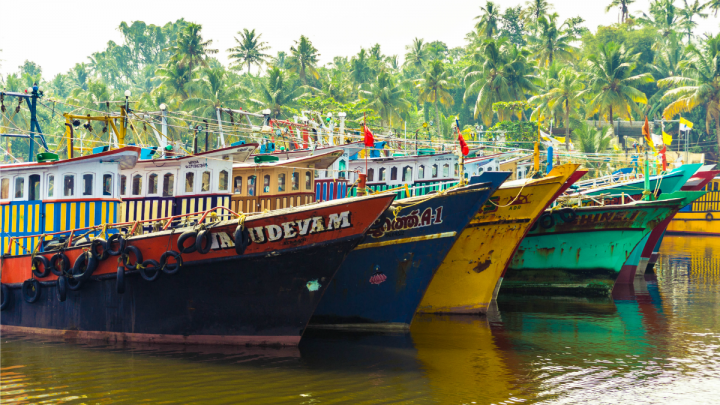 “Biodiversity — the number of species and how different they are — is as important as climate to global production of fish,” said Emmett Duffy, a Smithsonian Institution scientist who led the analysis, published Monday in Proceedings of the National Academy of Sciences. “This was a big surprise.”

Previous research has linked climate change with biodiversity declines in the oceans. The new findings show that means warming could also reduce fish stocks, which have been falling as fishermen reach deeper into the oceans for their hauls.

The findings come as the U.S. and other countries create new marine parks to protect ocean biodiversity, and as the world strives through a new United Nations treaty to stem runaway climate pollution. Most of the extra heat from global warming ends up in the oceans.

The U.N. says the world’s fishing fleets are either fully exploiting or already overexploiting 80 percent of monitored fish stocks.

Duffy and four other researchers compared the estimated weights of fish stocks in reefs around the world with a long list of environmental factors, such as nearby human population size, sea-surface temperatures, temperature variability and nutrient pollution. The data came from the global Reef Life Survey project.

Coral and rocky reefs are of special interest to marine ecologists because they serve as nurseries for fish stocks. Research published earlier this year showed Great Barrier Reef coral recover from storms, predators and bleaching more quickly in areas where fishing is banned, helping to restore the natural habitat that’s relied upon by fisheries.

The strongest relationships the scientists discovered in these reef ecosystems were between fish stocks and biodiversity and temperature.

“This suggest that changes in biodiversity are likely to be on a similar scale in terms of their impacts as climate change,” Duffy said. “Biodiversity seems to protect fish communities against climate change.”

The findings add urgency to efforts underway through the United Nations to protect at least 10 percent of the global ocean from fishing and other industrial activities by 2020. So far, less than half that amount has been protected.

Meanwhile, U.N. negotiations began this year in an attempt to regulate fishing on the high seas for the first time. The high seas lie outside of national territories, where fisheries can be legally plundered because domestic laws do not apply. They cover about half of the planet.

Catherine Kilduff, a former marine scientist who now works as an attorney for the nonprofit Center for Biological Diversity, said the new findings are “scientific evidence that we need biodiversity” — not just to benefit wildlife, but to protect fisheries that humans depend upon. 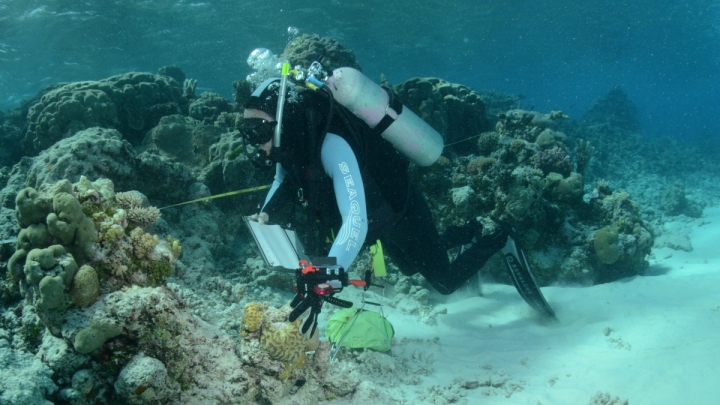 “The key finding is that biodiversity is the cornerstone of ocean health — and that rings really true for me,” Kilduff said. “We need to do everything we can to promote biodiversity, and the question is how to do that.”

The study was the latest piece of evidence from big-data crunching in support of ecologists’ long-held theory that biodiversity protections are key to supporting large and healthy fisheries. That theory has underpinned efforts to expand ocean protections.

“What’s been done in the past were fairly small scale experiments,” said Andrew Brooks, a University of California, Santa Barbara scientist who researches marine fish populations. “There’s alway uncertainty as to whether it really scales up. What we’re really doing now, which has only been possible in the recent past, is we’re gathering up data.”

Brooks contributed to a study published in 2011 that reached similar conclusions regarding the relationship between biodiversity and fisheries size, and to another study that hasn’t yet been published.

“All three papers are generally in agreement that in areas with higher biodiversity, you tend to see higher levels of biomass,” Brooks said.

Brooks said that once biodiversity has been lost from an ocean, it’s very difficult to replace, suggesting it would be more efficient to protect the ecosystems that foster fish stocks now than try to restore them later.

“Increasing biodiversity is hard,” Brooks said. “It’s all about preventing the loss of biodiversity.”

You May Also Like:
Ocean Acidification Making It Harder For Fish to Breathe
CO2 Nears Peak: Are We Permanently Above 400 PPM?
Sea Level Rise Could Help Marshes Ease Flooding