The unprecedented 1 to 2 feet of rain that fell over parts of Baton Rouge and nearby communities over several days in the middle of August stunned experts. While such deluges are rare, the new research indicated that the likelihood the region will experience them may have doubled during the past century. 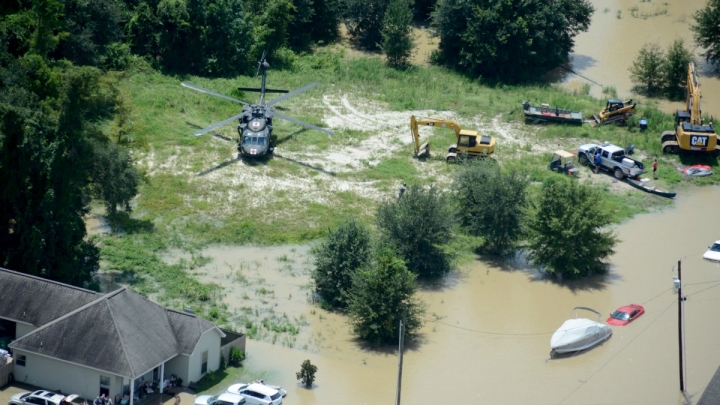 “This is a storm that’s going to be studied for years to come,” said Barry Keim, the Louisiana state climatologist and a professor at Louisiana State University. He was not involved with the study, which was published as a discussion paper Wednesday before being peer reviewed.

The findings were consistent with the general principle that global warming caused by greenhouse gas pollution from energy, farming and deforestation is increasing the risk and intensity of heavy storms worldwide.

The stubbornly slow-moving storm dumped more rain over the flood-prone region than its flood infrastructure could handle. At least one city, Central, home to 30,000 residents and 9,000 buildings that were flooded, is working to help property owners rebuild as quickly as possible, despite the rising risks that such floods could happen again.

“The odds of an event like this have increased over the past 100 years by at least 40 percent — and most likely a doubling,” said Karin van der Wiel, a Princeton University and National Oceanic and Atmospheric Administration researcher who was involved with the study. She is based at the federal lab that conducted the analysis.

The study did not examine how infrastructure and urban planning in Louisiana affected flooding or its impacts. The research examined the role of climate change and natural variation in causing such heavy rains. Findings regarding the potential role that the strong recent El Niño played in the heavy rainfall were largely inconclusive.

“We set out to calculate the probability of having a precipitation event like this in the current climate, and compare that to the probability in the preindustrial climate,” Van der Wiel said.

Van der Wiel and other researchers in New Jersey and the Netherlands analyzed two sets of weather data for the region. They also pored over the results of experiments that involved two computer models. Analysis of all four sources of information indicated that climate change is upping the risks of such devastating storms. 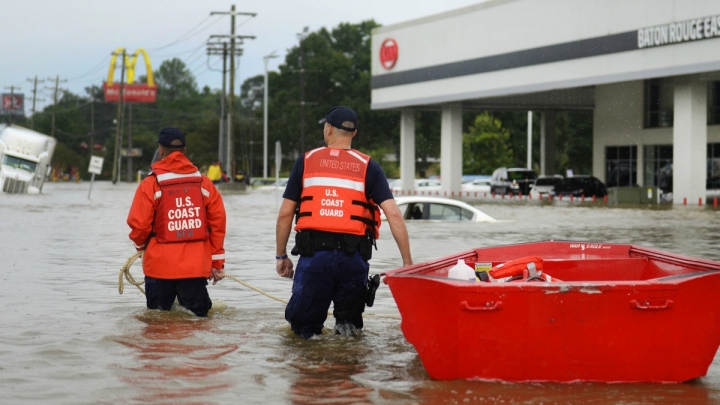 The work was guided by World Weather Attribution, which involves research organizations worldwide, including Climate Central. The group’s work follows established scientific approaches and the findings are published before they are put through peer review.

The group aims to help the public quickly understand links between climate change and individual instances of extreme weather. Its rapid attribution analyses have previously focused on droughts, heat waves and coral bleaching.

Scientists involved with the Louisiana study said the region’s complex weather made their task more difficult than usual. It required the use of modeling experiments involving some of the world’s most powerful climate models.

“This was absolutely the most challenging analysis we've done so far,” said Heidi Cullen, Climate Central’s chief scientist, and one of the authors of the new paper. Still, Cullen said she considered the findings “really robust.”

National Center for Atmospheric Research senior scientist Kevin Trenberth, who was not involved with the study, said the findings provided a “partial commentary” on the storm. He said the work missed key details related to the roles of El Niño in the heavy rains.

“Extreme events always result from an intersection of natural variability of some sort riding on top of and enhancing global warming effects,” Trenberth said. “This aspect was not addressed in this study.”

The complexity of the new study “had a big impact on how certain we were” that “we would be able to do a sensible analysis,” said Geert Jan van Oldenborgh, a Royal Netherlands Meteorological Institute climate scientist who was involved with this and prior rapid attribution studies.

“However, in the end, we are as sure as in the other studies that there is an increase due to climate change,” Van Oldenborgh said.

Princeton’s Van der Wiel said she hopes the research will help Louisianans better plan for modern flood risks — after they’ve pieced their lives back together.

“We are climate scientists,” Van der Wiel said. “We wanted to help. This is what we can do.”

You May Also Like:
Here’s What China, U.S. Just Committed to on Climate
Dredging Brings Severe Flood Risk to Wilmington, N.C.