Cow manure and belching pigs could be having a greater effect on climate change than scientists previously thought, and it took a special methane-sniffing satellite to figure it out.

Data from the satellite helped Harvard University researchers determine that livestock emitted more methane than oil and gas did in 2004, according to a new study — the first to use high-resolution satellite data to study methane emissions in the U.S. 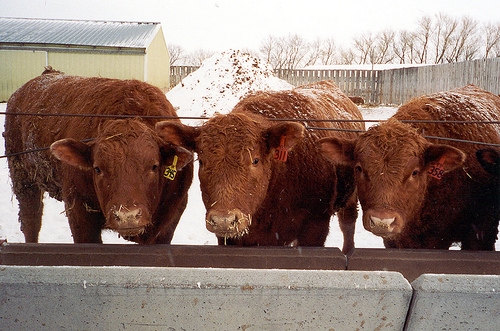 The study also shows how satellites can be used to measure methane emissions in the future.

“This study shows that 10 years ago, emissions from livestock were the single largest source of methane in the United States,” Harvard postdoctoral researcher Kevin Wecht, the study’s lead author, said.

Methane is more than 35 times more potent as a greenhouse gas than carbon dioxide over a 100-year timeframe, and over 20 years, it’s 84 times more potent. Methane is potent for a much shorter period of time than CO2, which remains in the atmosphere for millennia.

The data used in the study comes from before the current shale oil and gas boom began, a time when the U.S. produced about 25 percent less crude oil than today.

“While CO2 is the big gorilla in the room, methane itself contributes significantly to global warming,” Wecht said. “Acting quickly on methane emissions may be able to keep the planet cooler (in the short term) while we invest in longer-term reductions in CO2 emissions.”

Wecht said his study demonstrates that satellites can be used to observe methane emissions across the U.S. at a very high resolution, something never before achieved that can pave the way for other scientists to study methane emissions in the same way from future satellites.

NASA just launched a satellite designed to measure CO2 emissions in the atmosphere, but it cannot measure methane. A European satellite slated for launch in 2015 will be able to do that and allow new high-resolution methane emissions data to be available once again, Wecht said.

“I think one of the contributions of this paper is demonstrating our difficulty to allocate emissions to different sources,” Stefan Schwietzke, a researcher at the National Oceanic and Atmospheric Administration’s Earth Systems Laboratory who just published his own study on methane emissions from oil and fields, said via email.

“Different techniques give us different results. I am not an expert on satellite data, but it is encouraging to see that the satellite data is consistent with some local air measurements in the U.S.,” Schwietzke said. “It is also consistent with my global methane work suggesting that bottom-up agriculture/waste methane emissions may be underestimated.”

Data from both kinds of studies rarely match.

“We need a better understanding of why there is a gap between bottom-up and top-down in order to judge the accuracy of the inventories,” Schwietzke said.

Wecht’s team’s study also establishes baseline data for atmospheric methane emissions across the U.S because the emissions data come from an era immediately before today’s shale oil and natural gas boom took off. 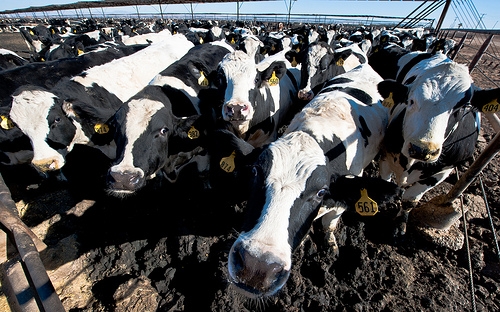 “The EPA faces enormous challenges in compiling their GHG inventory,” Wecht said. “In many sectors, the EPA numbers compare favorably to the numbers in this study. However, some emissions from some sectors of the EPA inventory are erroneous.”

EPA inventories, compiled by industry reports, estimated that 31 million tons of methane were emitted into the atmosphere by humans in 2004, about 9.7 million tons of which came from livestock and nearly 10 million tons came from oil and gas production, according to the study.

Not all scientists agree that methane emissions from livestock are easily measured or should be curtailed as a way to combat climate change.

Agricultural methane emissions are difficult to measure and highly uncertain because livestock operations are so widespread and their emissions are often intermittent, said Raymond Pierrehumbert, a geophysical sciences professor at the University of Chicago.

Cutting methane emissions regardless of their source is pointless, Pierrehumbert said.

“As for methane control strategy, the short lifetime of methane in the atmosphere means that the harm it does to the climate is reversible, so we can defer action until later after we’ve gotten CO2 under control,” he said. “CO2 action can’t be deferred without causing irreversible harm.”

“CO2 will require huge changes in energy infrastructure in the way we use coal, oil and natural gas,” Wecht said, adding that if more accurate measurements of methane emissions can be taken, scientists may be able to find ways to slash methane emissions that are less expensive than cutting CO2.