The most efficient way of meeting the world’s most prominent climate goal would involve ending all Arctic oil drilling plans, drastically curbing tar-sands oil mining in Canada, and leaving most of the world’s remaining coal reserves in the ground.

That’s according to a new study that aimed to determine how best to limit the burning of different fuels to meet the international goal of holding global warming to less than 2°C, or 3.6°F. The goal was established during United Nations climate negotiations, and meeting it would require leaving two-thirds of remaining fossil fuel reserves unburned.

A pair of British researchers used a model to compare the amount of energy stored in remaining coal, oil and gas deposits with regional energy demand and the amount of energy and pollution that’s produced when different fuels are burned. That revealed which reserves could be most efficiently exploited through 2050 without warming the planet by more than 2°C. That, in turn, revealed which fossil fuel reserves could be considered untouchable. 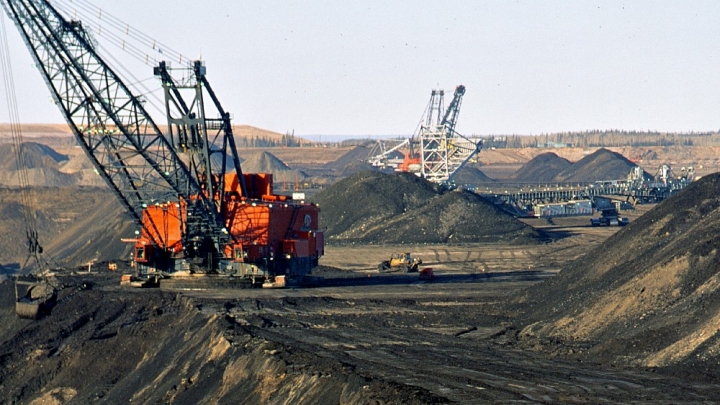 Not every country would need to make the same sacrifices under the climate action strategy favored by the computer model. The U.S., for example, would be free to exploit most of its oil and natural gas reserves, but it would need to leave a whole lot of coal in the ground — a feature of an idealized potential climate-soothing strategy that would be sure to raise questions of fairness and equity.

“Although the total unburnable fossil fuel was already known, the regional information has not been provided with this level of detail before,” Corinne Le Quéré, director of the University of East Anglia’s Tyndall Centre for Climate Change Research, said. She was not involved with the study, which was published Wednesday in Nature. “Most governments in rich countries have said they support some form of climate mitigation to keep to 2 degrees. I guess the natural question is, ‘Whose fossil fuel reserve should then go unexploited?’”

The study concluded that drilling in Arctic oilfields and increasing unconventional production of heavy oil in Canada and Venezuela would be “incommensurate with efforts” to limit global warming to 2°C.

Curbing warming to less than 2°C is “certainly technically feasible,” Christophe McGlade, a University College London energy modeler who helped produce the study, said. “Whether the political will is strong enough to ensure that 2°C degrees is met is probably more doubtful.”

Coal is globally shunned by the results of the modeling, with 88 percent of the nearly 1,000 gigatonnes of remaining global reserves unable to be burned under the most efficient scenario developed — or 82 percent if carbon capture and storage (CCS) at power plants becomes used. That’s because coal releases far more greenhouse gas pollution per joule of energy produced than does the burning of oil or gas. 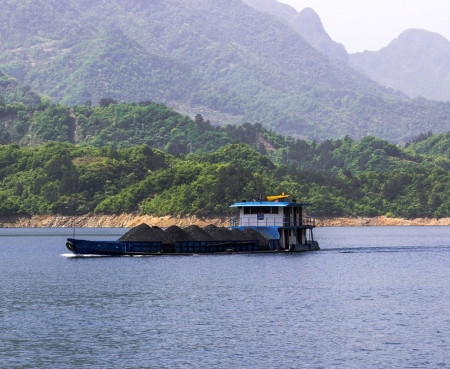 China and India are both relying heavily on coal generation to underpin fast economic growth, and those countries are home to about a quarter of the world’s coal reserves. Both countries are also installing huge wind and solar farms to ease their energy shortfalls and help reduce air pollution. According to the new analysis, those two emerging economies could use between a third and a quarter of their coal reserves. The U.S., by contrast, where energy demand is more efficiently met with other sources of energy, would basically need to stop mining coal altogether, abandoning more than 90 percent of what’s left in the ground.

Globally, about half of known natural gas could be drilled or fracked and burned, and two-thirds of oil reserves could be exploited, but with significant variation between regions. The U.S. and Europe could use almost all of their natural gas reserves, for example, while Russia and its neighbors would need to leave at least half of their substantial gas reserves in the ground. When it comes to oil, the U.S. and Europe could continue to drill most of their black gold, but Canada would be asked to exploit just a quarter of its larger and more climate-harming reserves, the modeling found.

Unanswered by the study, however, is how best to convince governments to leave fossil fuel assets stranded — let alone convince them to leave more stranded than would be the case for other governments. Some kind of agreement on this could potentially be reached through the ongoing UN climate talks, perhaps through a markets-based approach that helps share economic spoils and sacrifices equitably among nations.

Columns on the left reveal fossil fuel reserves that the model says should remain in the groud, and the percentage columns reveal how much of known reserves would need to be left in the ground, to efficiently keep warming under 2°C. FSU refers to former Soviet Union countries. CSA means Central and South America. ODA refers to other developing Asian countries.
Credit: Nature

“Stranded assets — the need for keeping resources in the ground — show the importance of a strong climate commitment on the part of the major emitters,” Environmental Defense Fund economist Gernot Wagner said. “The trajectory for climate policy is clear, and it'll mean that more and more coal, oil and gas will be expected to stay underground.”

The table above shows the scenario that the model revealed would be most efficient if CCS becomes used. The non-CCS scenario is similar, but it allows slightly less use of all three fossil fuels.

The findings “should have eye-popping impact on capital flows — away from what should be stranded assets world- and company-wide,” Cornell University engineering professor Anthony Ingraffea, an expert in computer modeling, said. He praised the robustness of the study, saying it considered “many scenarios,” with all of them “leading to similar conclusions.”