The Largest Wind Farm in the U.S. Is Growing in Oklahoma. It’s a Sign of the Times

A new wind farm that could become the largest in the U.S. will be taking shape across the blustery plains of the Oklahoma Panhandle over the next three years, helping to wean four Southern states off of electricity produced with climate-polluting coal.

American Electric Power (AEP) and wind developer Invenergy plan to complete a $4.5 billion wind farm called the Wind Catcher Energy Connection by 2020, along with a 350-mile electric power line. The project, announced this week, will supply Oklahoma, Arkansas, Louisiana and Texas with 9 million megawatt hours of wind power, enough electricity for about 800,000 homes. 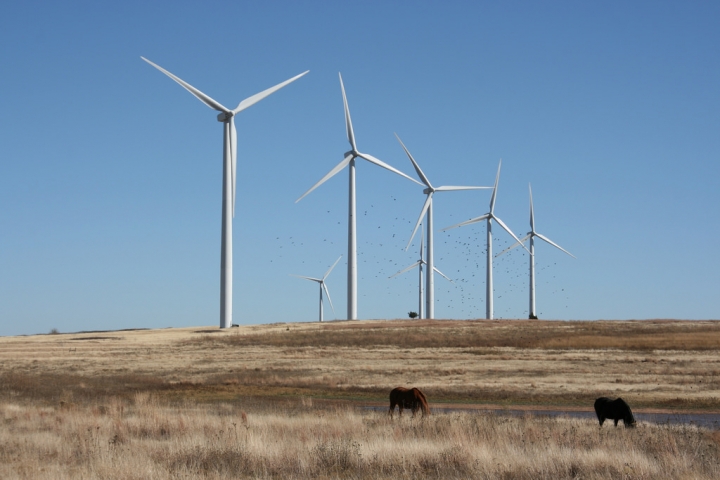 AEP’s announcement is a sign that electric companies are gaining greater confidence in the future of renewables, even as the Trump administration casts doubt on established climate science and works to reverse many of the Obama administration’s energy and climate goals.

The Trump administration has aimed to slash or defund most federal support for wind, solar and other renewable energy. But energy experts say there is too much momentum behind the rise of renewables for those pro-coal policies to slow wind and solar farm development.

“It shows that the president’s cramped view of energy does not and cannot defeat economics and the public’s desire for clean energy and clean energy’s symbolism as progress,” said Jeremy Firestone, director of the Center for Carbon-free Power Integration at the University of Delaware.

Many states have set climate goals requiring a certain amount of their electricity to come from renewables by 2030. To succeed in those efforts, a Berkeley Lab report published this week shows that those states will have to increase the amount of clean energy they produce by 50 percent over the next 13 years.

New wind, solar and other renewables are being built at a fast enough rate in those states that they may easily meet those targets, said Galen Barbose, a Berkeley Lab research scientist and the report’s author.

AEP is investing billions of dollars in Wind Catcher in order to own the wind farm outright. Until recently, most electric companies would buy electricity from wind farms owned by a different company without investing much in the farm itself.

AEP spokeswoman Melissa McHenry said the company sees a substantial return on equity investments, so it makes more sense for AEP to own the entire wind farm rather than just purchase electricity from it. 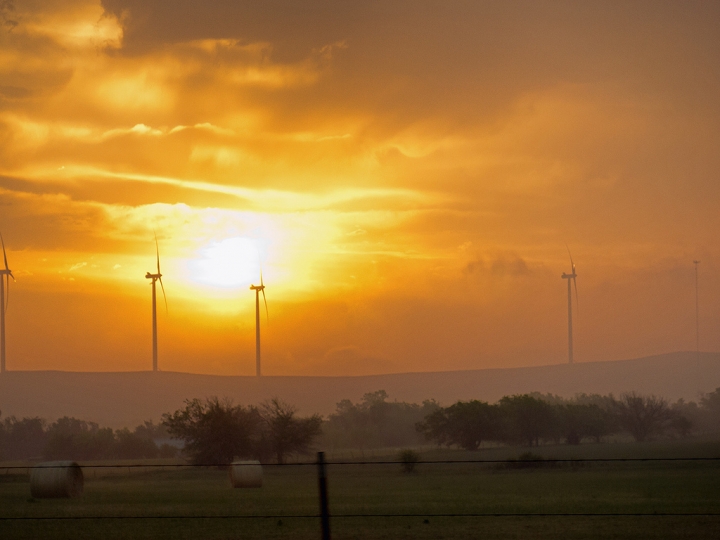 “We’re increasingly hearing from customers large and small that they want additional clean energy resources,” McHenry said. “We’ve largely been a coal-fired utility. Now, we have additional resources proving to be cost effective so we’re investing in those resources.”

Wind Catcher’s claim to fame as the largest single wind farm in the U.S. comes with an asterisk, however.

Another project of similar size is being developed in Iowa, but it will be composed of multiple separate wind farms. A 3,000-megawatt wind project on two sites is being proposed in Wyoming, and its developers call it the biggest in the world.

“We will have to see which is the largest in the end,” Firestone said. “If it is two adjacent wind projects, each 1.3 gigawatts each, are they individually smaller or together the largest?”

You May Also Like:
Climate Change Means More Fuel for Toxic Algae Blooms