From amazing plankton blooms to the rise of irrigation in Kansas to really ridiculously good looking clouds, the Landsat series of satellites have been continuously capturing amazing Earth imagery since this day in 1972.

There have been eight Landsat satellites sent into space by NASA and operated in cooperation with the U.S. Geological Survey. The latest is the aptly named Landsat 8, which came online in February last year. It’s predecessor, Landsat 7, is also still in orbit and transmitting data back to the Earth, contributing to the longest-running series of data of our planet from above.

Landsat data gives us a fuller picture of the planet we live on and the resources humanity needs to survive. Its instruments analyze both visible and infrared sources of light, which provides researchers with a whole host of insights into crop growth, deforestation, the growth of urban areas, and even our changing climate. Occasionally Landsat also happens to capture the daily art of life on Earth or even a glimpse of the unknown.

Of course you can argue that everyday Landsat as well as numerous other satellites capture the things hiding around us in plain sight. To celebrate these daily discoveries, we’ve pulled a few of our favorite images from Landsat’s 42-year archive. 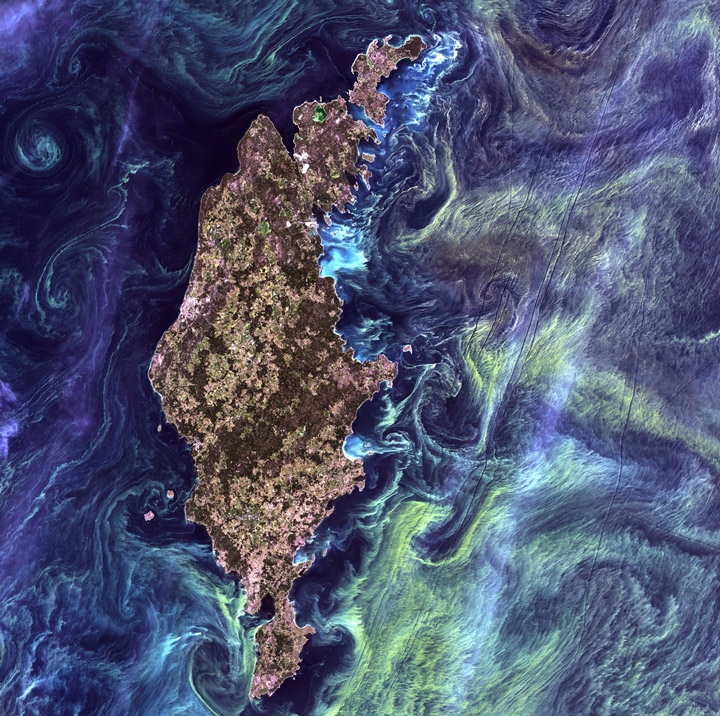 Dubbed “Van Gogh from Space” for its similarities to Starry Night, this 2005 Landsat image captures green swirls of plankton off the coast of the Swedish island of Gotland. Plankton blooms occur when the ocean stirs up nutrients from deeper water, giving plankton a food source. The tiny ocean plants suck carbon dioxide out of the atmosphere and some have proposed adding iron to the ocean to fuel plankton blooms and combat climate change.

Crop circles? Yes, just not the type made by aliens. The patterns seen here are caused by “center-pivot irrigation,” a technique that draws groundwater and delivers it to crops throughout the Midwest. These side-by-side images from Landsat 1 and Landsat 5, respectively, show the rise of this type of irrigation over the past four decades in Kansas. 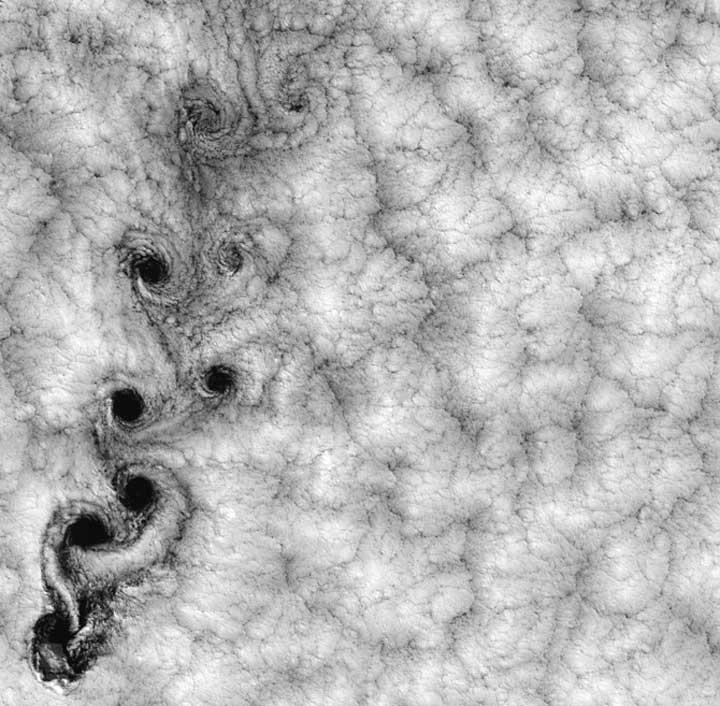 These eddies in clouds were created by wind patterns as air moves around islands — in this case, the Juan Fernandez Islands off the coast of Chile. Dubbed von Karmen vortices, Landsat isn't the only satellite to catch this elusive atmospheric phenomenon. This particular image was captured in September 1999 by Landsat 7. 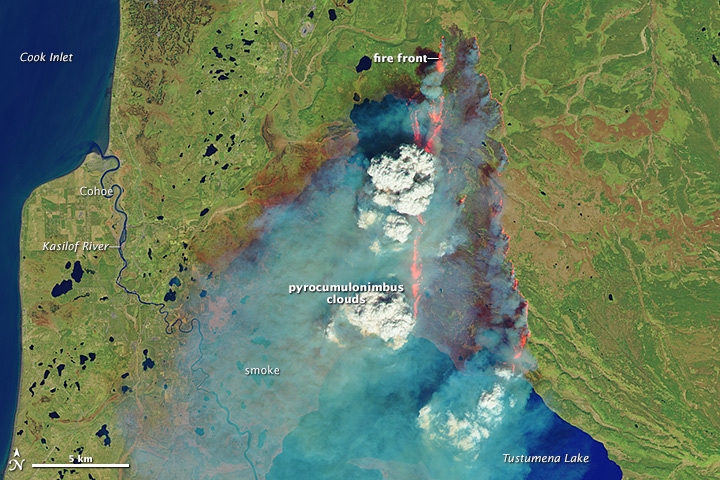 A fire in May 2014 quickly burned more than 43,000 acres in Alaska's Kenai Pennisula. The smoke and fire conspired to form their own weather system, sending pyrocumulonimbus clouds tens of thousands of feet into the atmosphere. Landsat 8 was there to capture it from its perch nearly 440 miles above the Earth's surface. 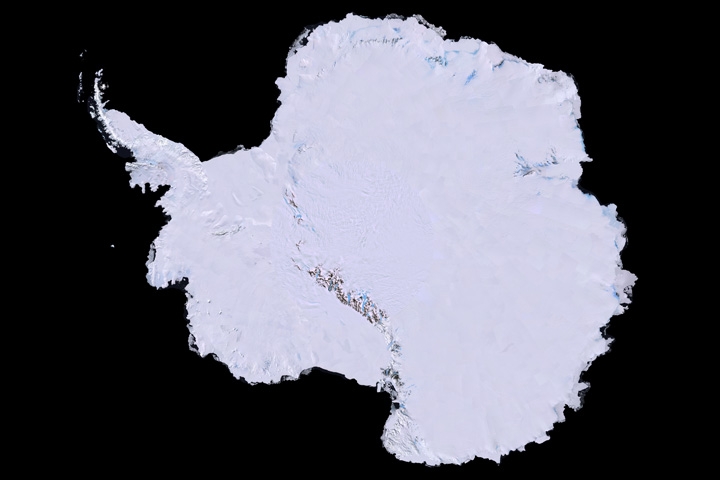 The only thing better than a single Landsat image is 1,100 of them stiched together. In this case, images taken between 1999-2001 were used to create the first high-resolution, full-color image of Antarctica. It looks like a minimalist piece of art, but the view also has scientific value, helping researchers track the movement of Antartica's glaciers including those collapsing in the West Antarctic.

You May Also Like
U.S. Gets Lackluster Energy Efficiency Ranking
Driven by Ocean Heat, World Sets Mark for Hottest June
Renewables Revolution Could be in Management, Not Tech
Picture This: Twin Waterspouts and Amazing Aurora