A key finding of the UN climate panel's latest report on climate change is too politically “difficult” to drive international climate talks in November, according to the UN's climate chief.

Last month, the Intergovernmental Panel on Climate Change (IPCC) calculated how much carbon dioxide the world could emit in future without going over 3.6°F of warming – and showed that, at current rates, this “budget” would be exhausted within 30 years. It effectively put a limit on the amount of CO2 that the human activities such as burning fossil fuels can produce, without risking what scientists regard as dangerous climate change. 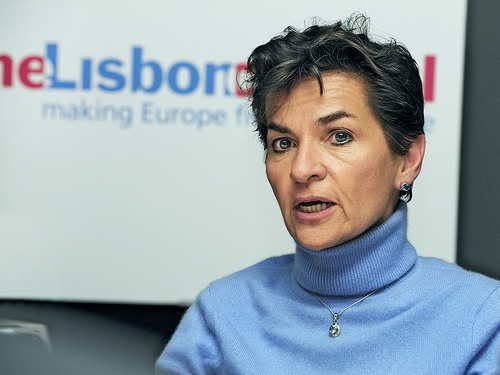 Christiana Figureres, the UN climate change chief, said it would be too 'politically difficult' to negotiate allocations of carbon emissions based on the carbon budget laid out in the IPCC.
Credit: lisboncouncil/flickr

But Christiana Figueres, executive director of the UN Framework Convention on Climate Change, said carbon budgets were a good scientific exercise but said that they could not be the basis for negotiations. “I don't think it's possible,” she told the Guardian in an interview. “Politically it would be very difficult. I don't know who would hold the pen [in setting out allocations of future budgets].”

Figueres said the IPCC findings, which set out starkly that climate change is unequivocal, should be “a huge wake-up call” to the world.

She said there were also strong practical reasons for not basing the negotiations on allocations of future emissions to nations. “It treats carbon budgets as though it is a zero sum game, and would presume that there is no advance in technology [to reduce emissions],” she said. “We have made tremendous advances in the past 10 years.”

Governments will meet in Warsaw next month for the next round of international climate talks. This will be a staging post on the way to crunch negotiations in Paris in 2015, aimed at producing a new global agreement on dealing with emissions.

Figueres said the question of equity between developed and developing nations would be central to the talks. “It requires a concerted effort … we are all in this together,” she said. “Countries will be guided by their national circumstances, but at the same time they need also to be guided by our collective needs and collective interest.”

She added that the implications of the research, and of studies by the International Energy Agency and others, were that a significant portion of the world's fossil fuel reserves would be “unburnable” if dangerous climate change is to be avoided.

But Figueres rejected claims that nations, including developing countries, could be compensated. “It's not the first time that someone has come to the table with expectations of compensation. I don't see space for that kind of measure. It remains to be seen.”

She said a draft negotiating text for a new agreement would be set out next year. National governments will be asked to set out how they intend to reduce emissions.

Other developed country climate negotiators agreed with Figueres' stance, telling the Guardian privately that it was not practical to attempt to allocate emissions based on estimates of future emissions. Instead, nations should set out their own targets for cutting their carbon and these could be subject to review.

The U.S. has made it clear that it will take a leading role, as President Barack Obama has made global warming a priority. 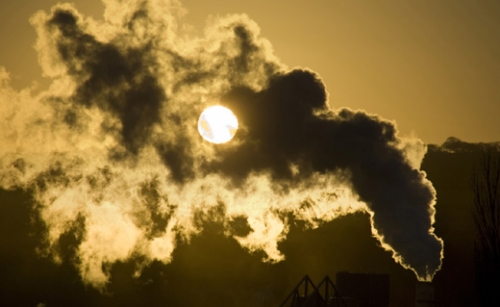 This year's climate talks in Warsaw will be a bellweather of what to expect when more crucial negotiations for a new global agreement on dealing with emissions take place in Paris in 2015.
Credit: Ian Britton/flickr

Todd Stern, special envoy on climate change undersecretary of state John Kerry, told a conference at Chatham House in London that he was speaking to the White House “almost daily” and that the current talks offered “a historic opportunity” to meet the threat of warming. In the past, the U.S. has sometimes been accused of being lukewarm on an international agreement. But Stern, while rejecting the rigid approach that defined the Kyoto protocol, whereby countries set out firm targets and timetables on emissions but some never met them, had strong words on the need for a global agreement to guide and spur action on carbon.

He said: “National action will only rise to the level of ambition we need if it takes place within a strong and effective international system. Effective international climate agreements serve three vital purposes: they supply the confidence countries need to assure them that if they take ambitious action, their partners and competitors will do the same. They send a potent signal to other important actors [including] sub-national governments and the private sector … and they prompt countries to take aggressive action at home to meet their national pledges.”

But he stressed that all nations would be required to play a part, and that countries previously classed as developing would have to take on national commitments on emissions.

He set out a vision of a new global agreement that would require governments to fix national targets that would then be subject to review against progress, perhaps every five years.