Taking a Bite Out of Climate: 4 World Cup Snacks

Remember how your mother put ants on a log to get you excited about eating a healthy snack? Do your mom proud by replacing those raisins with actual ants for your World Cup snacking. Insects are naturally packed with protein and omega fatty acids so you can binge without the guilt of potato chips. They might even have been enough to sate Luis Suarez's appetite.

Raising insects is less water- and energy-intensive than traditional agriculture operations. In the U.S., relentless drought in California and Oklahoma is having an impact on cattle and grain prices, but bugs would likely be better able to weather the storm.

Because of these and other factors, the U.N. came out with a report in 2013 recommending eating insects with your potatoes instead of steak. Here are four ways to get your bug fix. 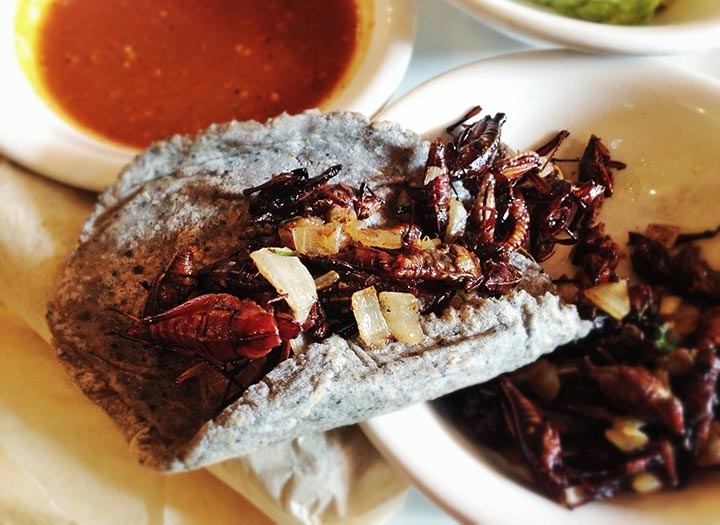 Into cheering on Mexico for this World Cup? Then celebrate with grasshopper tacos, a popular street snack in Oaxaca, Mexico. Grasshoppers, called chapulines in Spanish, are so prevalent in Oaxaca that a former soccer team in the state bore their name.

“In Mexico, you’ll eat them just like popcorn,” said Temple Kenezis, manager at Toloache, a New York restaurant that serves the grasshopper tacos.

The U.N. report cites grasshoppers as having the most average protein by weight compared to beef, fish and other insects. The texture and taste is comparable to sunflower seeds. 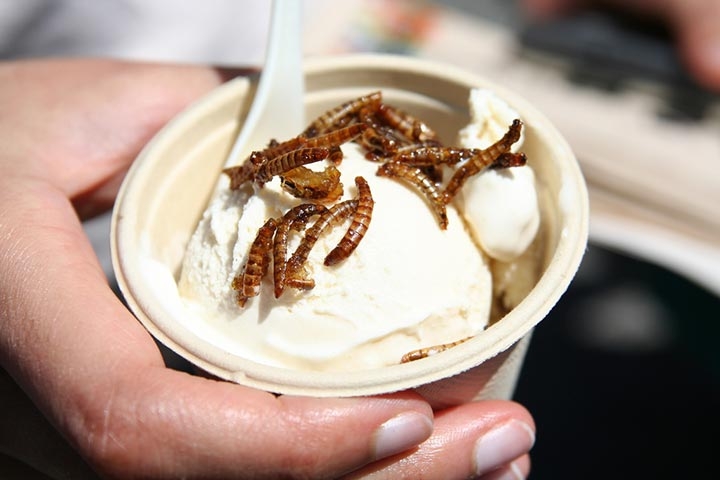 The U.N. report states that current livestock rearing produces around 18 percent of the globe’s greenhouse gas emissions. Insects offer one avenue to reduce those emissions.

For example, the production of mealworms produces at least one third less carbon dioxide emissions than beef. A 2009 American Journal of Agricultural and Biological Sciences study provides a nutritional profile of mealworms and even comes with a recipe for upping your party mix game with the creepy crawlers. A few places even serve them as a protein-heavy topping for your ice cream. 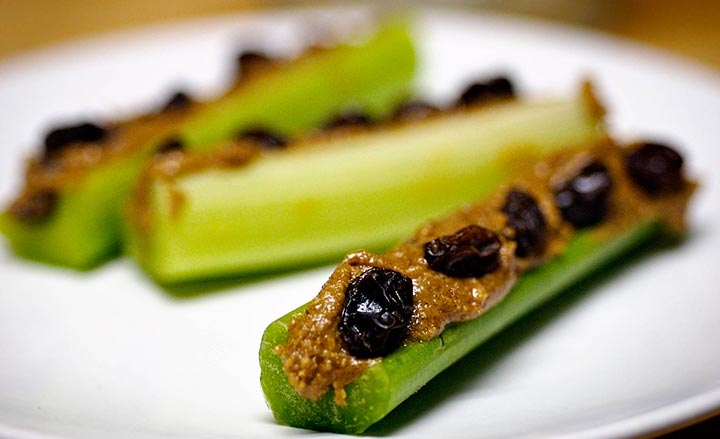 Ants are a traditional food in World Cup host country Brazil. They are eaten both fried and raw, and their taste has been compared to mint and lemongrass. If that’s not enough to convince you to give them a try, then perhaps chocolate covered ants, the Raisinets of the insect world, are a more palatable gateway. 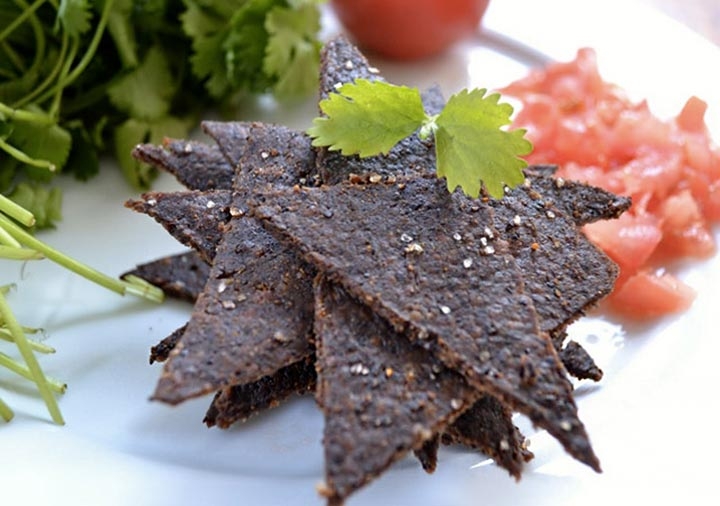 According to the U.N. report, crickets require 12 times less feed than cattle to produce the same amount of protein. But if eating whole crickets just isn’t your thing, you’re in luck. Boston startup Six Foods will offer Chirps, a tortilla chip made with cricket flour, starting in October. The company raised about $70,000 on Kickstarter, more than double their goal, in May, indicating a demand (or at least interest) in Hickory BBQ and Aged Cheddar-flavored cricket chips. At that point, the World Cup will be over but the Fall Classic is just around the corner.