LONDON − The aviation industry insists that it is making only a tiny contribution to global warming, with just 2 percent of global carbon dioxide emissions coming from its aircraft. 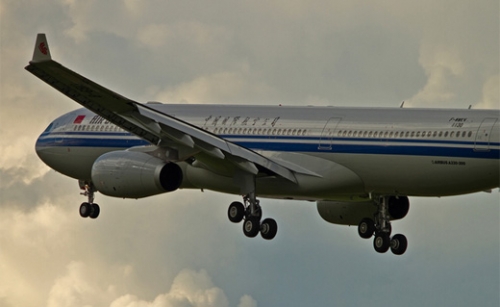 Even if the aviation industry tries to reduce its carbon emissions, they will be outweighed by the growth in air traffic, even if the most contentious mitigation measures come into force, according to researchers in the UK.
Credit: croustibat51/flickr

The problem is the speed at which aviation itself is growing. One aircraft builder believes the number of planes in service in 2011 will have doubled by 2031.

Whatever the industry’s efforts to reduce its carbon emissions, they will be outweighed by the growth in air traffic, even if the most contentious mitigation measures come into force, according to researchers in the UK.

More aircraft, more flights and more passengers mean more fuel will be burnt and more CO2 emitted − so much more that air traffic growth is likely to prevail over emissions cuts, unless demand for flights is cut substantially.

The researchers, from the University of Southampton, have published their report in the journal Atmospheric Environment.

“There is little doubt that increasing demand for air travel will continue for the foreseeable future,” says co-author and travel expert Professor John Preston. “As a result, civil aviation is going to become an increasingly significant contributor to greenhouse gas emissions.”

The authors have calculated that the ticket price increase needed to drive down demand would value CO2 emissions at up to 100 times the amount of current valuations.

“This would translate to a yearly 1.4 percent increase on ticket prices, breaking the trend of increasing lower airfares,” says co-author Matt Grote. “The price of domestic tickets has dropped by 1.3 percent a year between 1979 and 2012, and international fares have fallen by 0.5 percent per annum between 1990 and 2012.”

However, because any move to suppress demand is likely to be resisted by the airline industry and by governments, the researchers say that a global regulator “with teeth” is urgently needed to enforce CO2 emission cuts.

“Some mitigation measures can be left to the aviation sector to resolve,” says Professor Ian Williams, the head of the Center for Environmental Science at the university, “For example, the industry will continue to seek improvements to fuel efficiency as this will reduce costs. 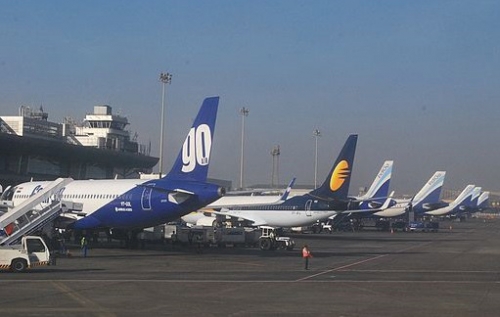 The proliferation of low-cost airlines has driven up demand in leisure travel and thus carbon emissions.
Credit: Kurush Pawar via Wikimedia Commons

“However, other essential measures, such as securing international agreements, setting action plans, regulations and carbon standards, will require political leadership at a global level.”

The literature review conducted by the researchers suggests that the International Civil Aviation Organization (ICAO) “lacks the legal authority to force compliance, and therefore is heavily reliant on voluntary co-operation and piecemeal agreements”.

Current targets, set at the most recent ICAO Assembly session in October 2013, include a global average fuel-efficiency improvement of 2 percent a year (up to 2050), and keeping global net CO2 emissions for international aviation at the same level from 2020.

Global market-based measures have yet to be agreed, while the U.S. plane maker Boeing predicts that the number of aircraft in service in 2011 will have doubled by 2031.

And the aircraft are only one part of aviation’s contribution to warming the planet. Airports themselves are huge emitters of greenhouse gases.

Making flying more expensive will have immense economic and social consequences − if it can be achieved.

In May 2013, the website Air Traffic Management reported that the number of seats offered by low-cost carriers in Europe has increased by an average of 14 percent per year over the last decade, according to OAG, a leading provider of aviation information and analytical services

This compares with an average annual rise of only 1 percent in capacity among “legacy carriers” – a term derived from the major airlines that existed before the 1978 Airline Deregulation Act in the U.S.

Thanks largely to the low-cost airlines, flying for leisure is now seen as an unquestioned right, and the national economies of many travellers’ destinations depend, at least in part, on traffic growing, not slackening.