These Images Show Just How Big the Larsen C Iceberg Is

The Larsen C ice shelf has calved an iceberg after months of waiting and watching.

With an area the size of Delaware and a volume of 277 cubic miles, its measurements boggle the mind. Even written comparisons don’t fully convey the hulking hunk of ice currently adrift in the Weddell Sea. After all, can you really imagine 463 million Olympic-sized pools, let alone all those pools filled with ice?

To help create a more helpful visual frame of reference, Climate Central has created a series of images showing the ice next to familiar places. There are a few things to consider as you view these.

First, this is an idealized ice ball. The real iceberg is obviously not uniform and its shape will change as it drifts and melts.

Second, while some of the images show it near coastal locations like New York, that doesn’t mean it will inundate these areas as it melts. It broke off from a floating ice shelf, making its contribution to sea level rise minimal. Gavin Schmidt, a climate scientist at NASA, calculated that it would lead to 0.1 millimeters of sea level rise as it melts.

With those considerations in mind, see what the Larsen C iceberg, technically dubbed iceberg A68, looks like in settings you may be more familiar with than the Weddell Sea. 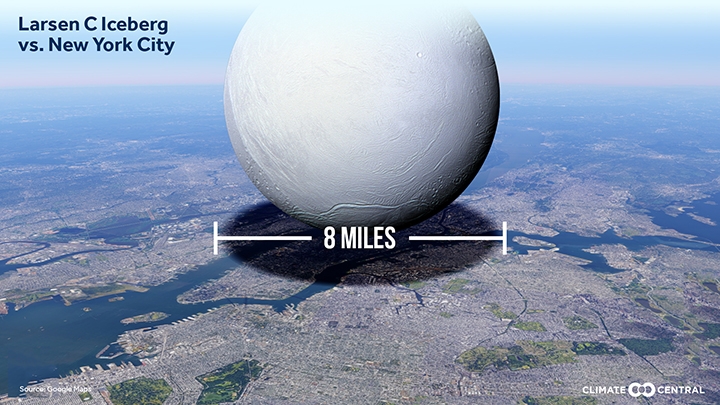 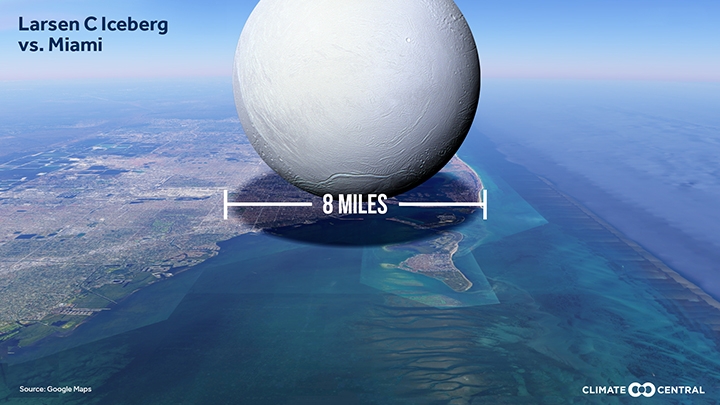 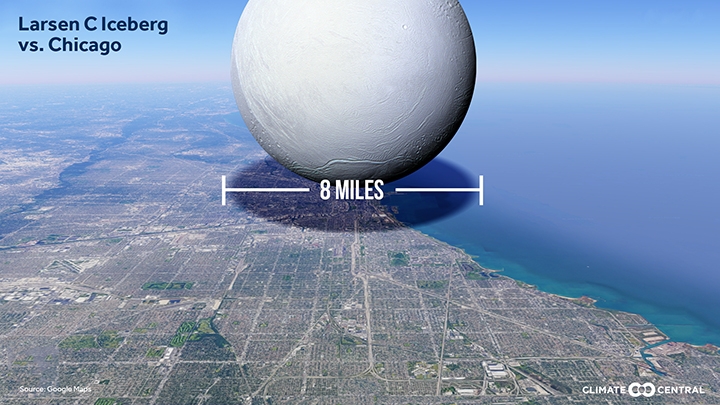 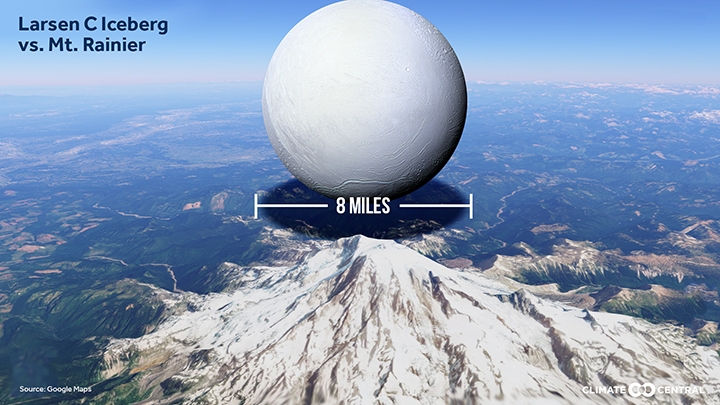 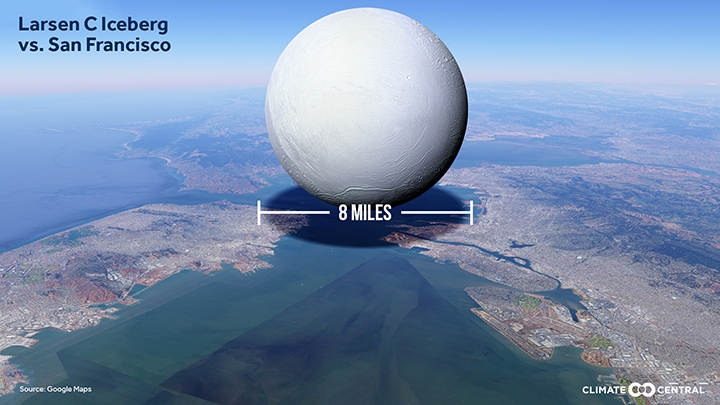 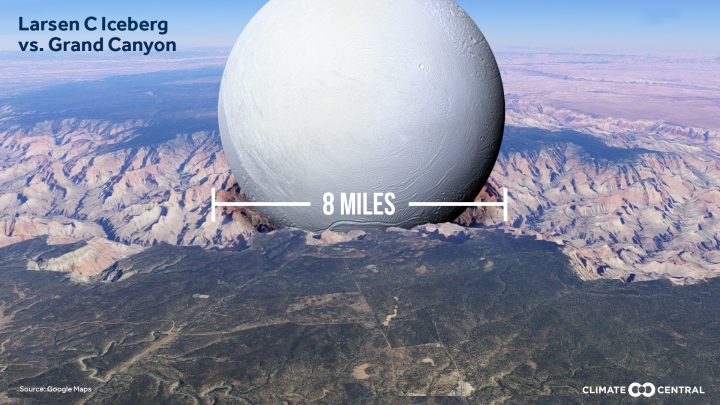 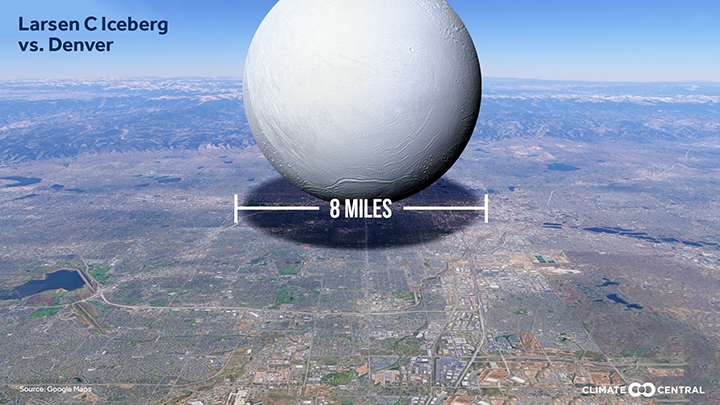