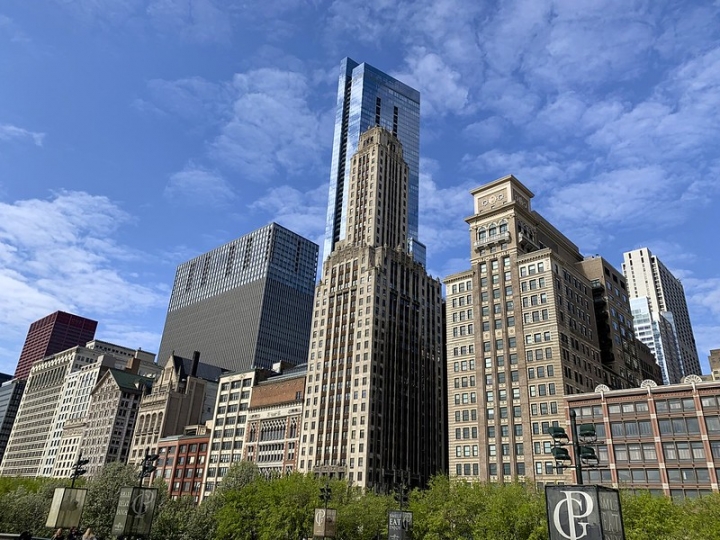 Continental Electric Construction Company has been wiring buildings and businesses through Chicago for more than a century, including the Willis Tower when it was being built as the Sears Tower, then the world’s largest steel structure.

The company has been adapting as technologies and the climate have changed around it, and during the past two years it installed 59 solar projects across Illinois that can provide 33 megawatts of power, which was more than 10 times the capacity of its solar installations during the seven years prior.

The company credits Illinois’ 2017 Future Energy Jobs Act (FEJA) with the growth in solar installations in the state. “FEJA was written to create jobs and it has done a marvelous job of doing so,” Brian Haug wrote in an email. Haug has been with Continental for 24 years, where he is currently the Director of Energy Solutions. “Our growth has been unprecedented.”

FEJA has prompted national solar companies like Sunrun, Solect and Borrego Solar to launch operations in Illinois, and provided a boon for local companies, with new jobs created.

But it’s not enough.

While the individual numbers from companies including Continental show significant growth over a relatively short period, Illinois is far from being on track to meet its renewable portfolio standard (RPS) goal of 25% renewable energy by 2025 set out in FEJA, and developers and clean energy advocates worry about a boom and bust cycle.

FEJA was heralded as one of the nation’s most aggressive plans to expand solar, calling for an increase from just 55 MW of installed capacity at the time the law was passed three years ago to more than 3,000 MW within a decade, with an emphasis on spurring solar development across a broad range of communities.

Whether FEJA will serve as a model for other states looking to kick-start local clean energy economies may depend upon whether funding levels can keep pace with the law’s popularity.

“There’s no doubt about it, FEJA is creating an opportunity for solar development in Illinois that otherwise wouldn’t be there,” said Barry Shear, president of Eagle Point, an Iowa-based solar company expanding Illinois operations thanks to FEJA. “The early years will mean a lot of solar. What that’s going to look like six to seven years from now, I’m not personally sure.”

Falling short of the goal

FEJA was designed to improve energy efficiency, promote renewable energy, provide job training, and open the door for community and distributed solar projects throughout the state — spurring solar energy jobs in a state where few could previously be found, while slowing climate change by reducing emissions of heat-trapping pollution.

FEJA incentivizes solar by awarding solar owners or developers the right to sell Renewable Energy Credits (RECs) for the energy they generate. A REC represents a megawatt-hour of power.

Illinois will be consuming electricity that includes around 8% renewables by 2020 and is projected to fall 19 million RECs short of reaching its goal of generating 25% from renewables by 2025.

The shortfall is a result of several factors including the way funds are collected, allocated and distributed, as well as the types of projects that have applied for and been approved to receive funding.

In order to reach the state’s renewables goals, including by ramping up the development and completion of more large, utility-scale projects, Illinois must find new funding, given that the current pool of money has nearly been tapped out given the large number of projects.

Meanwhile, some developers were left disillusioned by the community solar program under FEJA, which allows customers to draw solar energy from local projects without installing their own panels. A glut of applications meant most potential projects have been waitlisted, and even projects accepted are facing long waits to be connected to the grid. Developers are grappling with uncertainty over whether they can move forward.

At least two new bills have been proposed to stimulate funding and address structural issues that arose under FEJA, including the Clean Energy Jobs Act (CEJA), and the Path to 100.

But the chances of either bill coming to a vote during the upcoming fall veto session are slim to none, according to Gov. J.B. Pritzker who spoke in support of CEJA during a news conference Oct. 7, the Southern Illinoisan reported. Solar companies have also said they will need to lay off staff and shrink their operations if legislation isn’t passed.

Jonathan Roberts, vice president of development for the Midwest for Soltage, lives in Illinois and was glad that his New Jersey-based company launched Illinois operations because of FEJA. But that future is in doubt if a bill is not passed, he said. Only one of 20 projects Soltage proposed was chosen in the community solar lottery.

“My company is one of the many out-of-state companies that invested in the state because of FEJA and we’d love to do more in Illinois,” he said. “But the incentive is pretty critical to make it work in Illinois. We’re going to build the one project that did get incentivized. In terms of new projects under future adjustable block programs, that is very much a big question mark.”

If legislation is not passed, Haug wrote that Continental will likely need to exit the photovoltaic market, as there will not be enough projects to sustain it.

“The lack of clarity on future funding is killing us,” Haug wrote. “We are seeing significant demand for solar on the commercial side, however, without clarity in the [Illinois Power Agency’s] funding plan, we are having to pump the brakes in our expansion.”