Study Says ‘Hydricity’ Could Boost the Use of Renewables

Solar and wind power are major components of the global strategy to cut greenhouse gas emissions, but those renewable energy sources come with a big challenge: They don’t continuously produce electricity, and fossil fuels are used to make up the difference when the sun isn’t shining and the wind isn’t blowing.

Electricity storage in large batteries is often cited as one solution, but scientists at Purdue University think they’ve found a better one — ”hydricity.” 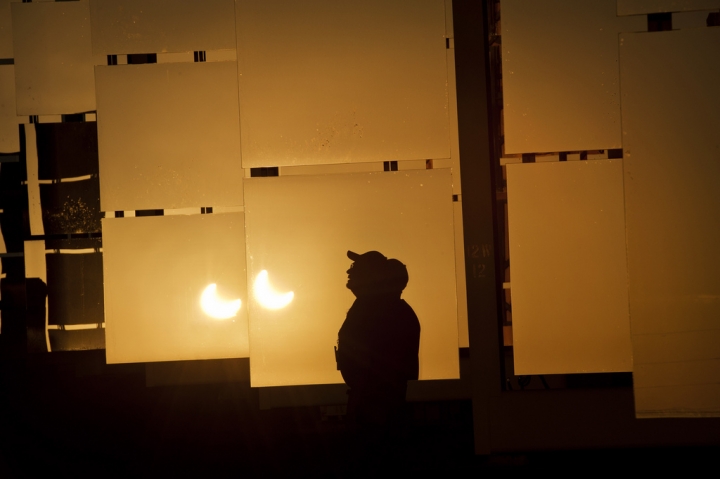 Hydricity is a process that uses hydrogen to generate electricity that emits no greenhouse gases, according to Purdue University research published Monday in the Proceedings of the National Academies of Science.

The hydricity process starts with water: Some is heated to a high temperature to produce electricity while the sun is shining. The rest is split into its parts — hydrogen and oxygen. The hydrogen is then stored so it can be burned in a power plant at night.

“Basically, the technology holds the promise to provide electricity around the clock at unprecedented efficiencies and at a scale that is suitable for large cities, using solar energy and environmentally benign processes,” study co-author Rakesh Agrawal, a Purdue University chemical engineering professor, said.

Hydricity uses hydrogen to produce electricity in a power plant in a way that resembles the way natural gas is used for that purpose today, but there’s a big difference: Hydrogen combustion, unlike natural gas combustion, produces only water, not greenhouse gases, Agrawal said.

He said hydricity may be more efficient at producing electricity around the clock than batteries.

“The storage density is expected to be three times of the best batteries, which translates into using three times less volume to store the same amount of energy and avoids the use of rare earth elements used in efficient batteries,” he said.

Batteries designed to store electricity, such as those being developed by Tesla, are produced using large amounts of rare earth and other metals, including lithium, which are often mined using open-pit mining techniques considered harmful to the environment.

More scientific experiments are necessary before hydricity technology has advanced enough to produce power for cities, which could be at least a decade away, Agrawal said.

Hydricity faces technical and cost challenges before it could actually be ready for use on a commercial scale, said Alan Weimer, a professor of chemical and biological engineering at the University of Colorado-Boulder who is not affiliated with the study.

Some of the materials Agrawal’s team is proposing to use may not stand up to the complex chemical processes hydricity uses, Weimer said. It is also very expensive to store hydrogen and oxygen at high pressures, he said.

“The time frame is distant — 25 to 50 years for large-scale implementation,” Weimer said. “Theoretically, this is an interesting concept as 24/7 renewable solar operation is a major challenge. The idea of combining hydrogen in the process is interesting. The concept appears good; the real challenge is implementing it.”

You May Also Like:
Paris Talks Could Improve Climate Pledges