Humans to Blame for Much of Recent Glacier Melt

From Alaska to the Alps, photos of today’s diminished glaciers contrasted with grainy black-and-white images of their former, more massive states are some of the most widely used examples of the impact of human-caused climate change, with their melt threatening water supplies, enhancing sea level rise, and posing threats like floods from bursting glacial lakes.

“Everybody is using [these photos],” said Ben Marzeion, a climate scientist with the University of Innsbruck in Austria. “But nobody actually looked at whether it’s justified to do this.” 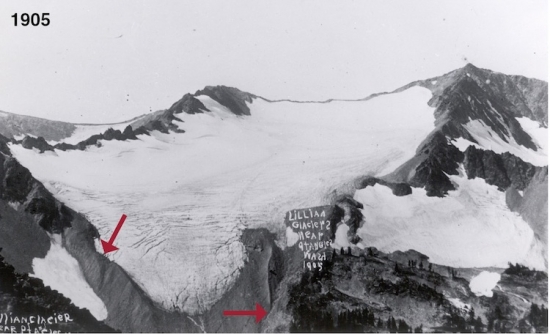 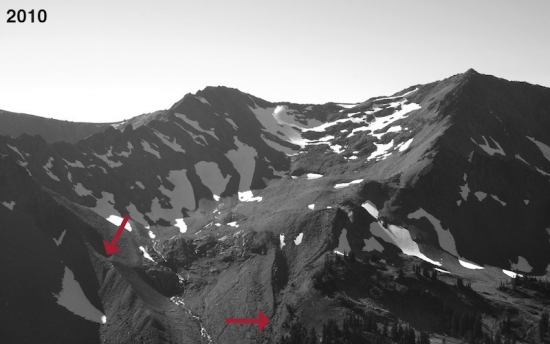 Marzeion wanted to know how much of the ice loss is attributable to anthropogenic warming vs. natural drivers of change in glaciers? He and his colleagues used climate models and the measurements of glaciers contained in the Randolph Glacier Inventory, released in 2012, to see if they could answer that question. Their conclusions, detailed online Aug. 14 in the journal Science Express, were that while just 25 percent of the melt since the mid-19th century could be linked to human-induced warming — suggesting that natural variation was the dominant factor behind melt early in the period — that fraction increased to 69 percent for the period from 1991 to 2010.

“For me, the main thing is that humans really are influencing melting glaciers,” Marzeion told Climate Central. “And that the influence is actually growing.”

Marzeion and his team looked at the change in mass balance (or the amount of ice) in all the world’s glaciers outside of Antarctica (and excluding the main bulk of the Greenland Ice Sheet). The Randolph inventory lists the outline of glaciers all over the world at various points in time (using a range of measurements, some made on the ground, others from satellites).

To see what had influenced glacier melt since the end of the Little Ice Age in the mid-19th century, the researchers first had to figure out what their size was back then. Essentially, they had to work backwards: They plugged different sizes for the glaciers in 1850 into computer models and then looked to see which ones matched the outlines in the inventory given the known changes in climate over the past 150 years.

From there, they used the 1850 sizes and ran global climate models to see what happened to the glaciers, both when only natural forcings were included and when both natural and anthropogenic influences were included.

Importantly, either way, “we still end up with negative mass balances,” Marzeion said. “Glaciers without human impacts would still be melting,” but much at a much slower rate, he said.

The lower percentage attributed to human influence through the whole study period suggests that glaciers were primarily responding to natural forces earlier on (such as, perhaps, the end of the Little Ice Age). But the much higher percentage at the end of the 20th century and beginning of the 21st shows that human influence grew throughout the time period as the global warming signal became stronger.

The rise in the anthropogenic influence is also indicative of the lag time glaciers exhibit in reacting to outside factors. For these reasons, it’s not surprising that it’s only at the end of the 20th century that the anthropogenic signal emerges, said Gerard Roe, who studies glaciers at the University of Washington. “That makes a lot of sense,” he told Climate Central.

This delay varies from glacier to glacier given its location and size, with smaller glaciers in the Alps, where Marzeion lives, for example, responding more quickly than the larger glaciers in the Canadian Arctic, Roe said.

Effectively, the Alps could be responding to warming that was locked in place back in the mid-20th century. This means that even if greenhouse gas emissions were halted today, the warming that has already been “put in the pipeline,” as climate scientists like to say, means that a certain amount of melt is guaranteed to continue into the future.

“It’s sort of sad that we can’t do anything about it, because the glaciers are going to melt no matter what we do over the next 50 years or so,” Marzeion said. But, he added, we can use this information to be better prepared from the future impacts of glacier loss to water supplies and sea level rise, for example.

“The quantification of what’s going on and its attribution is something that we should maintain some vigilance over,” Roe, who was not involved with the study, said. He also noted that the findings have implications for understanding past changes in glaciers as well: “There’s implications both going forward and backward.”

And to answer Marzeion’s question on whether using those comparison photos of glaciers is a fair way to communicate climate change: “I’m quite glad the result is that it’s justified to do that,” he said.