You know those tube socks your grandmother air mails you on your birthday every year? Well, they could become another casualty of global warming. Or at least arrive a few days late.

Hot weather is likely to increase the number of days with weight restrictions on cargo planes and even airliners, delaying gifts, air travel and slicing into airlines’ bottom lines according to research presented at the American Geophysical Union’s annual meeting. 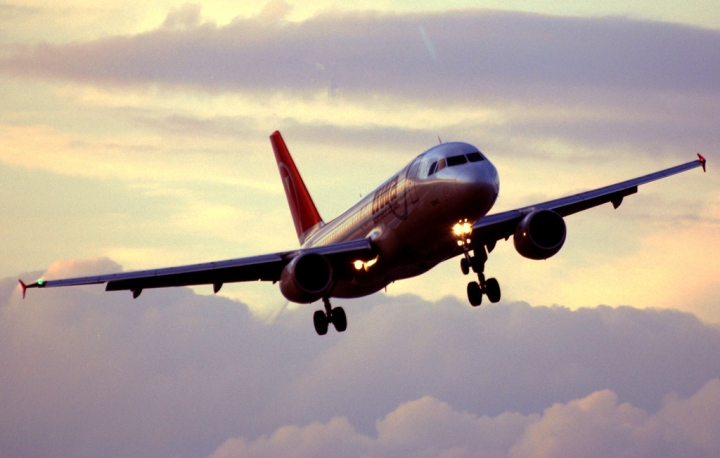 “Temperature is a big factor in airplane performance and also one of our most confident (future) climate projections,” Ethan Coffel, a PhD candidate at Columbia University and lead author of the new findings, said.

Coffel took a flyer on the research because of his aviation hobby and an interest in unearthing what he called the “hidden cost of climate change” found in the everyday things we take for granted.

Previous research has looked at how transatlantic flights could encounter more turbulence in a warming world. Outside of that study, the impacts of climate change on air travel have been left largely unexplored. But it’s a topic ripe for exploration, in part because it could affect so many people.

According to the International Air Transport Association, 3.1 billion people took to the skies in 2013. And that doesn’t even count the business side of things. UPS, for example, ships an average of 2.3 million packages a day by air in the U.S. alone (turns out you aren’t the only one getting tube socks from granny).

Hot weather generally means the air is thinner, giving wings less of a lift. The easiest and safest way to work around that on a given day is taking a load off the plane; namely packages or people. Coffel said there’s already a noticeable trend in the number of weight-restricted days at airports in Denver, New York’s LaGuardia, Washington, D.C.’s Reagan, and to a lesser degree, Phoenix.

Those four airports form the core of Coffel’s study, which projected daytime highs from May-September — the time of year when the effects of warmer weather on air travel could be most pronounced — through 2070. Coffel also looked at takeoff restrictions for the the Boeing 737-800, one of the most common aircraft used in medium-range flights. According to the latest climate models, daytime highs could be up to 6°F higher at the four airports by 2070 if carbon emissions continue to rise at high levels.

Rising temperatures translate to a large increase in the number of days when airplanes would have to reduce their weight by 15,000 lbs. — generally about 30 percent of their payload or 79 passengers — in order to take off at each of the airports, save for Phoenix. The percentage of weight-restricted days could rise by as much as 200 percent compared to today. Reagan could see nearly 80 days with major weight restrictions, the most of the four airports.

Coffel said those airports have already seen an increase in weight restrictions since 1980, the year data goes back to, lending further credibility to future increases as temperatures rise.

There are ways around this mile-high conundrum but none are ideal. Airports could extend runways, giving planes more room to get up to higher speeds and successful liftoffs. That would be a challenge in urban locations with limited room like LaGuardia and Reagan.

Another option would be to push flight schedules around so that more leave in the evening or early morning when temperatures are generally cooler. Planes could also be designed to accelerate faster on current runways or be built with larger wings to create more lift, though that might reduce fuel efficiency when flying at high altitudes.

Regardless of their efficacy, all these solutions come with costs and would take many years to implement. Coffel said that although his study only looks at four airports, the findings apply to airports around the world and could have major implications for airlines and and tube sock senders alike.