LONDON – Two scientists urge the world to start reducing greenhouse emissions right now. There’s no time to be lost, they argue in Nature Climate Change. Future global temperatures depend on how much carbon dioxide has accumulated in the atmosphere, so as emissions increase, so does the rate of warming. 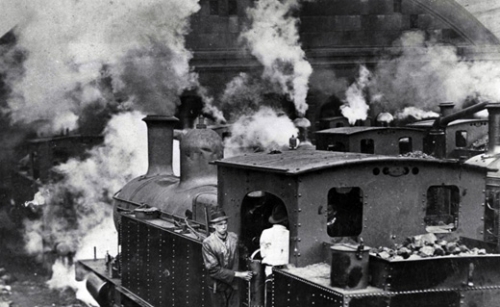 Governments of the world have subscribed in principle to the proposition that they would like to limit global warming to 2°C above the levels before the Industrial Revolution, but to do this they will have to start reducing greenhouse gas emissions. Instead, these are increasing.

Allen and Stocker warn that that peak CO2-induced warming is currently increasing at the same rate as cumulative CO2 emissions themselves. “At almost 2 percent per year, it is much faster than observed warming,” they say.

Their argument involves some fairly complex mathematics but some very-easy-to-understand assumptions. One assumption is that if the world starts to reduce greenhouse gas emissions right now, then peak warming will occur later in the century.

If governments delay action, and carry on for a limited period with what has become known as the “business-as-usual” scenario, then peak warming will arrive all the sooner.

“If the same effort required in 2010 to limit CO2-induced warming to 2°C were applied starting in 2015, the resultant peak would be 10 percent higher, at 2.2°C,” they say. “Given the complexities of the climate issue, simple rules of thumb like this are a valuable way of comparing the impact of climate policies.” 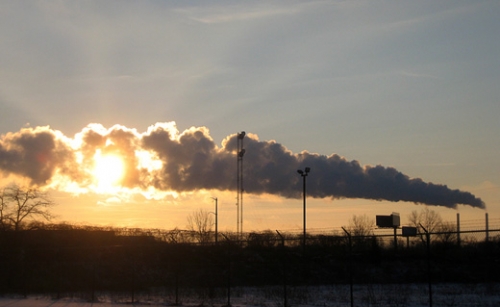 If governments delay action, and carry on for a limited period with what has become known as the “business-as-usual” scenario, then peak warming will arrive all the sooner.
Credit: Flickr/Eric Schmuttenmaer

In effect, the longer governments delay action, the more drastic such action must be in years to come, and the higher the average global temperatures will be when the world stops warming, and climates stabilize.

Carbon dioxide is the most important greenhouse gas, because it is long-lived, and because it is released in huge quantities from every combustion engine, from every fireplace, and from most of the world’s power-generating plants.

But it is not the only warming gas. Methane and black carbon – both of which are released by human action – also warm the planet. Methane doesn’t hang around in the atmosphere all that long, but weight for weight it is more than 20 times more potent a greenhouse gas than carbon dioxide over a century.

In a second perspective essay in Nature Climate Change Myles Allen and five colleagues argue that there are very good reasons for reducing emissions of short-lived pollutants – both economic reasons and health reasons – but doing so will not buy time for the planet, unless carbon dioxide emissions are reduced at the same time.

“Even under the 2°C stabilization scenario, the combined impact of methane and black carbon emissions over the decade 2010 to 2020 is expected to increase the most likely peak warming by less than a few hundredths of a degree,” they say. In contrast, long-lived climate pollutant emissions such as carbon dioxide will contribute around 10 times that.