The pressure that’s on drought-hit Californians to conserve dwindling water supplies is largely the result of a stubborn ridge of high pressure that has been parking itself off their coastline. That ridge has blocked water-laden winter storms, sending them spiraling northward instead of into the Golden State, reducing snowpacks that Californians use as they melt to satiate their thirsts, lawns and industrial operations. 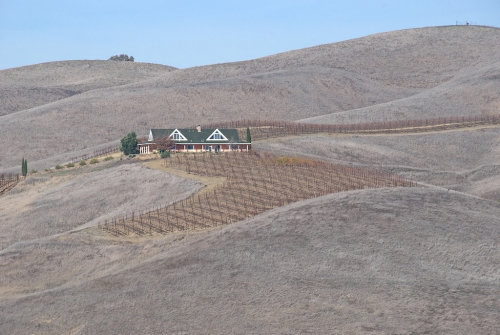 Can we blame global warming?

At least, not categorically so. The picture that emerged Monday of climate change’s potential role in condemning California to drought was as murky as muddy water in a nearly parched lakebed.

That’s not to say that greenhouse gases haven’t played a role in shaping California’s worst drought in living memory. They could have affected sea-surface and land temperatures, atmospheric pressure systems and humidity levels — all of which may have affected the rates of precipitation in California in recent years.

But a trio of research papers published Monday in an annual extreme-weather edition of the Bulletin of the American Meteorological Society were inconclusive, to various degrees, regarding the precise roles of greenhouse gases in contributing to the devastating drought.

The first two months of 2013 marked the driest start to a Californian year since recordkeeping began more than a century ago. Water supplies are now so low that state officials have approved fines of up to $500 a day for water-wasting residents. The L.A. Times reports that 14 Californian communities are “on the brink of waterlessness.” And nobody knows whether the drought will break this winter, or continue for another agonizing year.

“Some of these events are difficult to get to the bottom of,” said John Abatzoglou, an associate professor at the University of Idaho's geography department. He was not involved with any of the new studies.

“I think we understand why California didn’t get rain for the last 24 months, and that’s because of the block pattern that’s been set up,” Abatzoglou said. “It’s just more challenging to figure out whether that block pattern is something that could occur naturally in the climate system, or whether it’s become more probable due to anthropogenic forcing.”

Regardless of the links between climate change and the current drought, a general warming trend during the past century in California has reduced year-round water availability through a combination of earlier melting of snowpacks and greater rates of evaporation.

The study that came the closest to drawing a strong link between global warming and California’s recent drying was produced by a pair of Stanford University researchers. Extreme-weather researcher Daniel Swain and associate professor Noah Diffenbaugh ran simulations using climate models. They wanted to figure out whether the Ridiculously Resilient Ridge, as the blocking pattern has been dubbed, was more or less likely to arise now than before. 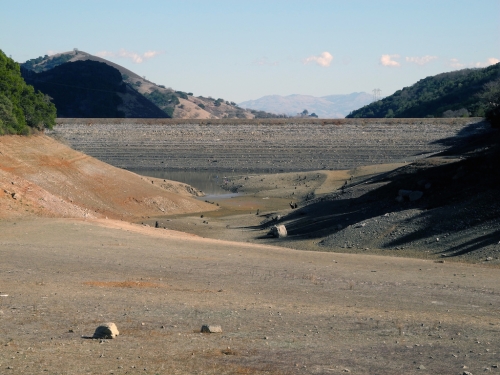 “In terms of risks for future drought, it suggests that the large-scale atmospheric pattern that we know is linked to droughts in California has become more common,” Swain said.

But Swain stopped short of saying that meant that California was in for more droughts than used to be the case. “The extent to which that actually connects to realized drought is something people continue to work on,” he said.

In a separate study published Monday, University of California at Santa Barbara and Lawrence Berkeley National Laboratory researchers ran computer simulations to test whether California’s drought would have occurred even if humans hadn’t warmed the planet. “The long-term warming trend, as defined in our study, didn’t seem to contribute a lot to the long-term drought,” said University of California geographer Chris Funk, one of the paper’s three authors.

The third paper published Monday identified ways in which global warming could affect the likelihood that such a drought would have hit California — but in ways that could “counteract” each other. The authors, from NASA’s Goddard Space Flight Center, found that global warming meant the high-pressure blocking ridge was more likely to arise, increasing chances of drought. But they also concluded that global warming was likely to increase humidity over the northeast Pacific Ocean, which they said should decrease such chances.

“In the case of California's drought, the climate models do not indicate that such extremely low precipitation is an expected consequence of human influence on the climate system,” said Ken Caldeira, a Stanford-based scientist with the Carnegie Institution for Science’s global ecology department.

The mixed conclusions published Monday regarding links between climate change and California’s drought contrasted with confident assertions published in other papers regarding clear links between greenhouse gases and heat waves in Australia and other parts of the world. Overall, scientists say the climatic causes of precipitation extremes are proving harder to pin down, even as the science of climate change attribution advances rapidly.

“If we were in a court of law, with human influence on the climate system in the dock, the verdict for Australia's 2013 heat wave would be guilty as charged. With regard to California's 2013 drought, the jury is still out,” Caldeira said.

But Caldeira cautioned against mistaking “an absence of evidence with evidence of absence.”

“Just because climate models, at their current stage of development, do not predict an increase in such extreme drought as seen in California in 2013, that doesn't necessarily mean that human influence played no role,” he said.

You May Also Like:
A Timeline of 2013 Extreme Weather and Global Warming
Climate Fueled Some of 2013’s Most Extreme Events
Study: Climate Not a Factor in Epic Colorado Floods
Science Shows How Climate Change is Baking Australia