Heidi Cullen Looks at Climate, Extremes on Face the Nation

Don't Have Flash? Watch this video on your iPad or iPhone here 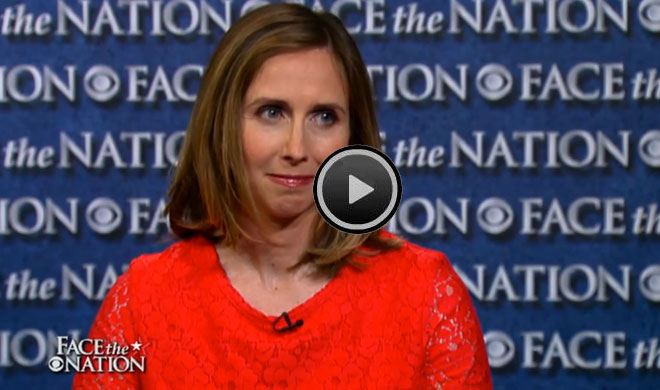 Heidi Cullen, chief climatologist for Climate Central, appeared on CBS' “Face the Nation” on Sunday to discuss the scientific evidence linking some recent extreme weather events to manmade global warming. She was part of a panel that also featured Marshall Shepherd, president of the American Meteorological Society; Jeffrey Kluger, science editor for Time Magazine; and WFOR's chief meteorologist David Bernard. Cullen said the science linking tornadoes, such as the EF-5 twister that struck Moore, Okla., on May., 20, is unclear, but more confidence exists about how global warming is affecting the odds of severe heat waves, rainstorms, and wildfires.

“And so right now I'd say that the jury is still out as to how global warming will affect tornadoes, which of those two variables will win out,” Cullen said. “But when it comes to things like heat waves, when it comes to things like heavy rainstorms, drought, wildfires, we know that the atmosphere is on steroids, if you will. So basically we know that we'd have to deal with weather-related risks. We live in a country that has always seen extreme weather. We're basically moving in a direction where we're going to see more and more of certain of these extremes.”