If evaporation were “e,” and precipitation were “p,” what formula would a mathematician have used to have calculated the severity (“s”) of the last Californian drought that matched the severity of this year’s?

They couldn’t have come up with one. Algebra, a product of 9th Century Persian innovation, hadn’t been invented the last time the state’s territory was this tinder-dry.

A pair of researchers compared California's three-year drought with those that have struck during the past 1,200 years. They found dozens of instances of similar or worse rain shortfalls, often lasting longer than the current one. But none of those droughts left the state as dry as it has been this year. 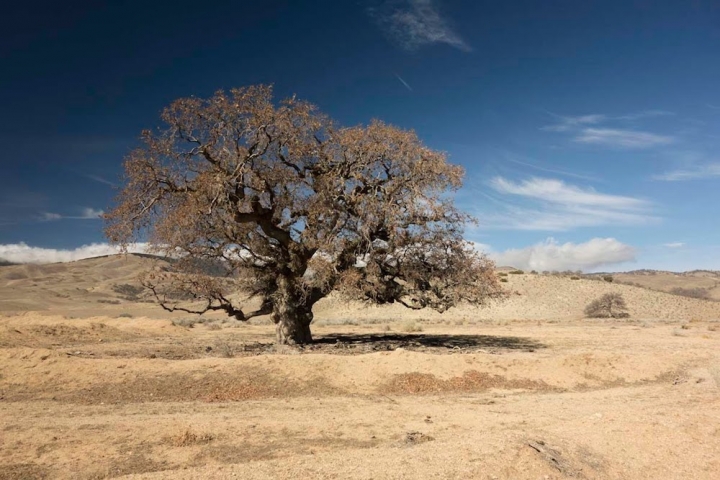 It’s not so much the lack of storms and rain clouds that’s been responsible for the unprecedented nature of the current drought’s severity, the duo concluded. It’s the Golden State’s record-breaking heat.

“We think that temperature is what has caused this drought to be slightly more severe than previous droughts,” Kevin Anchukaitis, a Woods Hole Oceanographic Institution researcher who coauthored the new paper, which was published in Geophysical Research Letters, said. “The temperature is increasing the evaporative demand.”

The finding surprised Anchukaitis, who had viewed California’s current drought as a normal part of the region’s heaving hydrological cycle. And he wasn’t the only one taken aback.

“I’m surprised by the result — that the past three years is the driest three years of the 1,200-year record,” Park Williams, an assistant research professor at Lamont Doherty Earth Observatory who studies climatology and tree rings, said. He was not involved with the study. “While this seems to be a robust result, it would still be a big deal even if this three-year period were just a top-10 event. California should have its fingers crossed that this was just a fluke.” 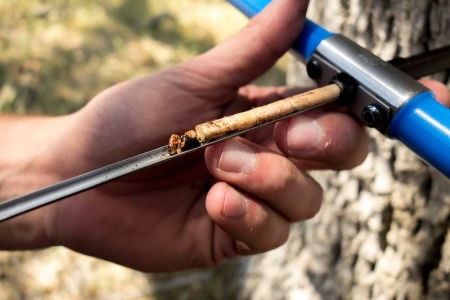 Anchukaitis and the University of Minnesota’s Daniel Griffin studied growth in the rings of Californian blue oak trees, which can grow for centuries and are so responsive to rainfall levels that they’re regarded as arboreal rain gauges, along with data related to recent soil moisture levels. They compared those with 1,200 years of tree ring-derived drought data from the North American Drought Atlas. They couldn’t find a single case of a drought having such a sustained parching effect on the soils of the Golden State.

The finding demonstrates the rising toll that can be wrought when heat waves, which are becoming more common and severe as greenhouse gas levels rise, combine with fruitless skies.

“The fact that 2014 soil moisture is so low, despite a more moderate precipitation deficit, is some of the best evidence I've seen to date pointing toward amplification of the drying by recent warming trends,” Benjamin Cook, a Lamont Doherty Earth Observatory scientist who studies the paleoenvironment, and who was not involved with the study, said.

The paper was published after a welcome salvo of storms hit the state, drenching cities, forests and farms and blanketing the Sierra Nevada with snow that will help quench reservoirs. As much as 4 inches of rainfall in some places provided welcome respite following a years-long shortfall of such tempests. But it won’t come close to solving the state’s water woes.

“On the surface, conditions may briefly appear to be better, but the longer-term hydrological effects are still serious,” Anthony Artusa, a National Oceanic and Atmospheric Administration meteorologist, said. “The ground is so dry it simply absorbs the moisture which would otherwise run off into streams and rivers.” 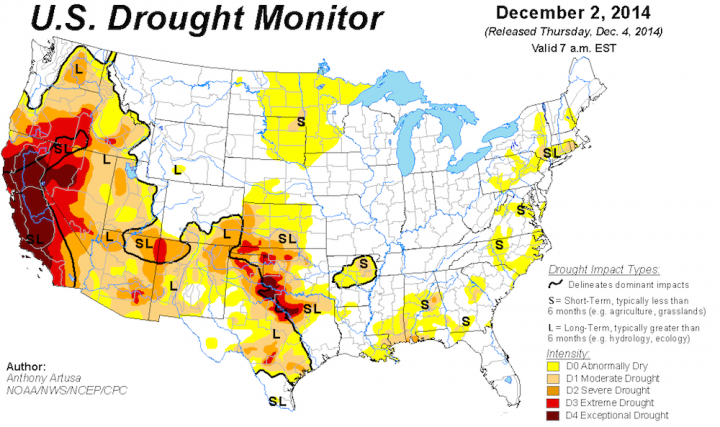 Like the planet in general, California is on track to record its hottest year since record-keeping began.

It’s not entirely clear why the West Coast has been warming so consistently since 1900. Scientists from the University of Washington and the National Oceanic and Atmospheric Administration recently confounded some of their colleagues when they concluded that much of the regional warming since 1900 could be explained away as natural variation.

Separate research, though, makes it clear that California will continue to heat up as the climate continues to change. These new findings are a reminder of the withering effects of that heat, which, when added to the effects of drought, will be a formula for worsening wildfire seasons and more intractable water shortfalls.

You May Also Like:
Warm Water Invasion Is Fueling Striking Antarctic Ice Melt
WMO Warns Lima Delegates 2014 May Be Hottest Year
Clues Show How Green Electricity May Be in 2050
Climate Investments ‘Falling Short’ of 2°C Goal
Here’s How the U.S. Can Adapt to Climate Change