By the end of this year, the California drought will have cost the state about 3.25 million Olympic-sized swimming pools worth of surface water.

That’s 2.15 trillion gallons — enough water to supply 18.4 million average homes with water for an entire year — lost to drought, and resulting in $2.2 billion in economic losses and more than 17,000 jobs losses across the state. 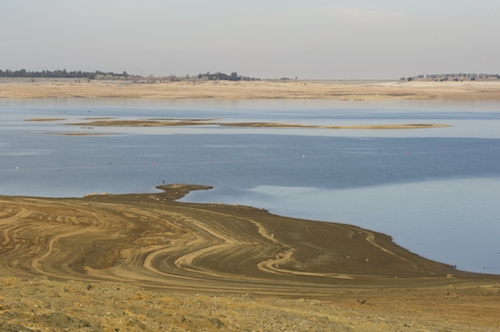 Those numbers come from a University of California-Davis report released Tuesday on the economic impacts of the drought in California, the conclusions of which UC-Davis Center for Watershed Science professor and report co-author Richard Howitt summed up this way during a news conference Tuesday:

“There are pockets of extreme deprivation where they’re out of water and out of jobs,” he said. “In certain parts of the Central Valley, it’s extremely bad.”

Agriculture by itself is taking a $1.5 billion economic hit as the drought has forced 428,000 acres of farmland out of production, according to the report.

Farmers in California are suffering their greatest water loss in history because of the drought as river water used for crop irrigation has been reduced by one-third, according to the paper.

California is neck-deep in its third-worst drought on record, with drastically reduced snowpack and water supplies across the state. The drought is generally forcing the state to do some soul searching and thinking about how it plans to store, consume and conserve water in the coming years.

Today, 100 percent of the state is at least severely drought-stricken, with more than 78 percent either in extreme drought or exceptional drought, the worst stages of water scarcity according to the U.S. Drought Monitor.

California is surviving the drought this summer because it is using its water “bank account” — groundwater. The problem for the state is that nobody knows how big that bank account is because California is the only Western state that doesn’t measure its groundwater, Howitt said.

About 5.5 million acre-feet of the 6.6 million acre-foot loss in surface water is made up for with groundwater pumping, which means that the state is really only feeling a water loss of about 1 million acre-feet, or enough to fill roughly 543,089 Olympic swimming pools.

But groundwater pumping comes at a cost to farmers — $454 million statewide — mainly because of the electricity required.

It’s anybody’s guess how long that use of groundwater can go on for because the state doesn’t know how much groundwater is being used, preventing the state from managing its groundwater effectively, according to the report.

“We’re like somebody who is so rich, they don’t have to balance their checkbook,” Howitt said. “We still think we’re in a groundwater-rich era.”

Report co-author and UC-Davis professor Jay Lund said more groundwater is being pumped for agriculture this year than has ever been delivered by the State Water Project in an entire year. (The Project is in charge of storing and delivering water across the state, with most water going to urban users.)

The report calls on the state of California to more effectively manage groundwater and allow it to replenish in wet years. 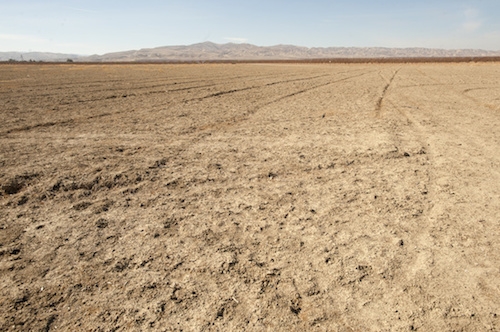 But when the next wet year will come is anybody’s guess, because there’s more than a 50 percent chance that the drought will drag on at least another year, Lund said

He said the length of the current drought may not be affected by a possible El Niño currently brewing in the Pacific, he said.

El Niños do not correlate with higher stream flows in California, so the state can’t plan on an unusually wet period coming up if an El Niño develops, Lund said.

Climate change's role in California's drought is unclear, and the National Climate Assessment projects that the state is unlikely to see the significant changes in soil moisture, precipitation and the annual number of dry days that are expected in Arizona, New Mexico and other areas of the Southwest.

California has always had droughts and probably always will, Lund said.

“The climate is becoming warmer,” he said. “We are seeing a shift — less runoff in the spring and more in the winter. That makes it harder to manage water because water is running off at a time further from when we want it.”

The state has a long history of drought, with some lasting only a few years and others lasting centuries.

The bottom line for California and water scarcity is that climate change will likely make it costlier and less convenient to capture water for human and agricultural consumption, but it’s unclear yet if climate change alone will mean less water overall for the state, Lund said.