Black swans are catastrophic events that no one sees coming, while “grey swans,” as they are known, are extreme events for which there’s no historical precedent, but that could still potentially be predicted. A new study takes this concept into the realm of weather and climate, finding that global warming might sharply increase the odds of grey swan hurricanes and storm surge over the coming century.

While such tempests would still remain relatively rare, they could pose unrecognized but potentially serious threats to coastal areas like Tampa, Fla., and Dubai, with storm surge totals reaching into the double digits when measured in feet. 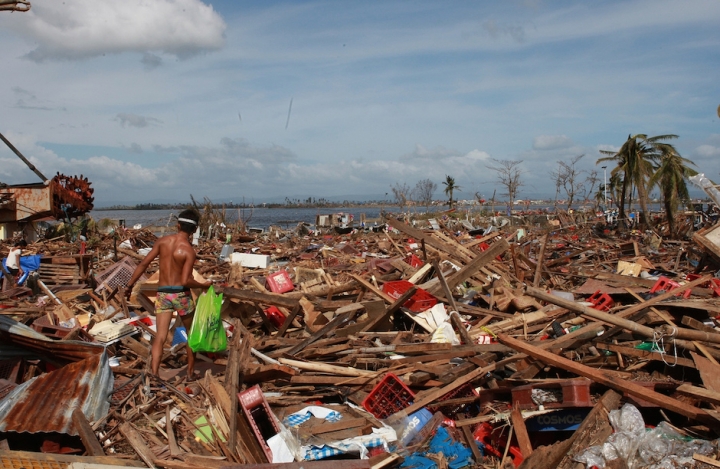 Damage wrought by Typhoon Haiyan's storm surge, which reached between 15 and 20 feet, in the Philippines in November 2013.
Click image to enlarge. Credit: UNICEF, Jeoffrey Maitem

Overall, the findings of the study, detailed in the journal Nature Climate Change, mesh with the general scientific consensus that tropical cyclones (the generic name for hurricanes) will shift toward higher intensities as the planet continues to heat up.

None of the recent most damaging storms that stick out most in the public memory — hurricanes Katrina and Sandy, Super Typhoon Haiyan ­— would qualify as grey swans. Even though they all had outsized impacts, they were all known risks given the historical storm records in New Orleans, New York and the Philippines, respectively. Almost the exact scenarios that played out in the first two storms were described years ahead of time by researchers, in fact.

Those weren’t the types of storms that Ning Lin, a civil and environmental engineer at Princeton University, and Kerry Emanuel, a hurricane and climate researcher at MIT, were interested in. They wanted to investigate the odds of storms that don’t appear in the record for a given location, but which could theoretically happen there, as well as how those odds would change with warming.

“I think it’s a great, great question to ask,” Jim Kossin, a hurricane-climate researcher with the National Oceanic and Atmospheric Administration who wasn’t involved with the study, said.

To investigate the question, Lin and Emanuel used a method pioneered by Emanuel where a higher-resolution hurricane model is nested inside a coarser climate model (as climate models can’t resolve individual storms well), and the models are run numerous times so that tens of thousands of storms are generated.

What they were looking for were the storms with long return times (or very low probabilities of happening in any given year) that generated major storm surge.

They looked for such hurricanes in three different places: Tampa, because of its large population; Cairns, Australia, because it is in a cyclone-prone area and in the Southern Hemisphere; and the Persian Gulf, where no hurricane has ever been observed.

First they used the models to see what level of storm surge a 10,000-year storm (or one with a 1-in-10,000 chance of happening in any given year) would have for each location. For Tampa, which is highly susceptible to surge because of shallow waters and low-lying land, this was 19 feet. The highest surge ever measured there was the 15 feet generated by the 1848 Tampa Bay hurricane.

For Cairns, which is situated in far northern Queensland and has had several close calls from storms in recent years, the 10,000-year surge was a similar 18 feet, and for Dubai, on the Persian Gulf, it was 13 feet. 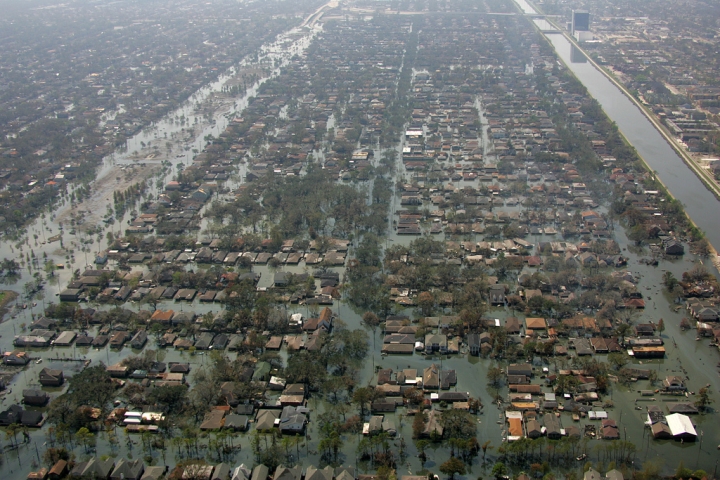 Warming fairly drastically increased the odds of each of these events in the models, with Tampa’s current 10,000-year storm becoming anywhere from a 2,500-year to a 700-year storm by the end of the century (assuming high greenhouse gas emissions).

The Dubai case was particularly astounding to the researchers given that the models suggested even a moderate-intensity storm could generate an extremely high surge, and that under the right circumstances, a strong storm could reach intensities far greater than even the most intense storm on record with a surge up to 23 feet (though these would be 3 to 20 times rarer than a 10,000-year storm).

“Those results are quite surprising,” Lin said, given that no storm has ever been observed in the Persian Gulf “and we got very intense storms there.” (While the Gulf’s waters are very warm, a boon to hurricanes, the area’s low humidity and high wind shear aren’t conducive to storm formation.)

These are “alarming results in terms of just how much those return periods change,” Kossin said. But he cautioned that what such results might mean for disaster planning was a point for future study, since such storms would still be quite rare.

Also, unlike the bulk of climate models to date, the increase in odds of extreme storms found in the study stems both from a shift toward more intense hurricanes as well as an overall increase in hurricane frequency. Most models to date have suggested that global hurricane numbers might decline.

Lin said that she and Emanuel want to use other models to investigate the same issue and see what they turn up.

Also not factored in to the results of this study is sea level rise, which is considered the surest influence of warming on future hurricane impacts. Even if hurricanes change very little over the coming century, sea level rise means that storm surge events will be worse than they are today.

You May Also Like:
Atlantic Storm Sets Records as 3 Others Span Pacific
Carbon Emissions From Power Plants Hit 27-Year Low
From Katrina, an ‘Amazing’ Decade of Climate Research
10 Years Later: Was Warming to Blame for Katrina?