Greenland’s ice sheet is scraping rock bottom. No, it’s not hard up and in need of a loan. As ice moves from the center of the island to the sea, it’s scraping bedrock and transporting clues about just how fast the ice sheet is melting from the bottom up and what that means for sea level rise. 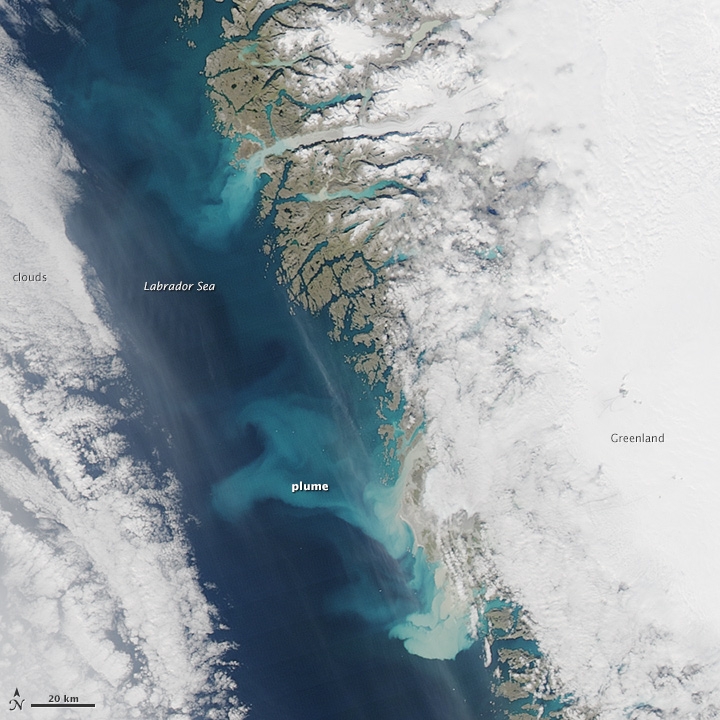 The planet’s largest island is mostly covered in ice up to 2 miles deep. And what happens to that ice has major implications for sea level rise: Greenland’s ice would raise sea levels up to 24 feet higher if it all melted.

While the prospects of it all melting are extremely slim — and certainly not for centuries and centuries — warmer air and water temperatures have pushed enough ice to melt from Greenland each year to account for about 30 percent of recently observed sea level rise.

Ice reaches the ocean surrounding Greenland in one of three ways. Surface melt, like the recordsetting melt of summer 2012, is one way. Warmer air temperatures and dust and soot transported from other parts of the Arctic have played a role in driving surface melt.

Glaciers that slide down from the main ice sheet to the island’s edge are can also raise sea levels. A combination of warm ocean and air temperatures have caused some glaciers to melt even faster than they were just a decade ago.

The third is the least understood of the processes and that’s because it happens in the depths of the ice sheet: melting from underneath or in fancy science terms, “subglacial melting.”

To track this melt, scientists have to play detective and rely on clues like plumes of sediment found around Greenland’s perimeter, which are clearly visible from satellite images like the one above that comes courtesy of the NASA Earth Observatory.

That sediment is the result of glaciers scraping the underlying bedrock as they slide toward the sea. The amount and location of the sediment can tell researchers about how much meltwater is coming from underneath the ice sheet and refine their estimates of sea level rise. Meltwater coming from underneath the glaciers also has the potential to undermine glaciers, as some research suggests was the case when a 97 square-mile chunk of ice broke off Greenland’s Petermann Glacier in 2010.

“These meltwater plumes stir up the ocean and bring warmer water toward the edge of the ice sheet where it puts its toes into the water,” sid Robin Bell, a polar researcher at Lamont-Doherty Earth Observatory.

So why haven’t researchers totally refined those estimates yet? Well, not all sediment shows up on the surface. Ice shelves that extend into the ocean can hide these dirty rivers. And in some cases, the meltwater drainages can empty below the ocean surface, making it hard to measure.