When the U.S. military abandoned Camp Century, a complex of tunnels dug into the ice of northwest Greenland, in the mid-1960s, they left behind thousands of tons of waste, including hazardous radioactive and chemical materials. They expected the detritus would be safely entombed in the ice sheet for tens of thousands of years, buried ever deeper under accumulating layers of snow and ice. 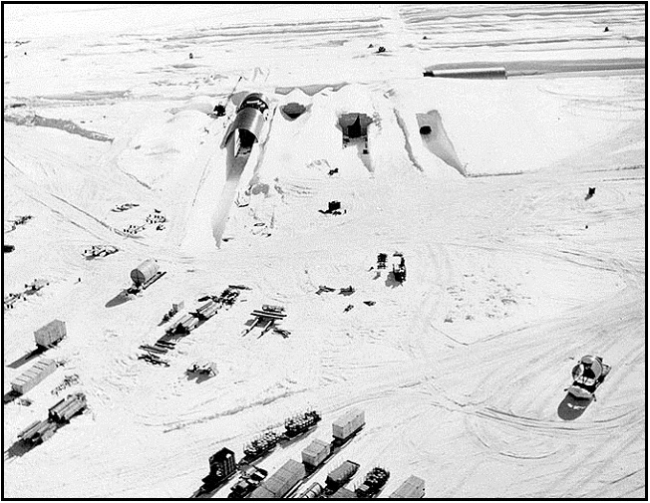 The northeast portal to Camp Century during construction in 1959.
Credit: U.S. Army

But a new study suggests that because of warming temperatures that are driving substantial melting of the ice, that material could be exposed much, much sooner – possibly even by the end of this century – posing a threat to vulnerable local ecosystems.

These remnants of the Cold War are also an example of an unanticipated political issue that could arise because of the effects of climate change, particularly as countries seek to establish a presence in the Arctic as warming makes it increasingly accessible.

“We think it’s a nice case study for this kind of political tension stemming from climate change,” study author William Colgan, a glaciologist at York University in Toronto, said.

But nearly 120 feet below the surface, an estimated 9,000 tons of material sits spread over an area the size of about 100 football fields. That material includes everything from buildings and railways, to tanks of diesel fuel, radioactive coolant, and likely an unknown amount of toxic polychlorinated biphenyls (PCBs).

Camp Century was known to Colgan and other glaciologists as the site where the first deep ice core was drilled. These cylinders of ice let scientists sample old layers of the ice to better understand the climate of the past. 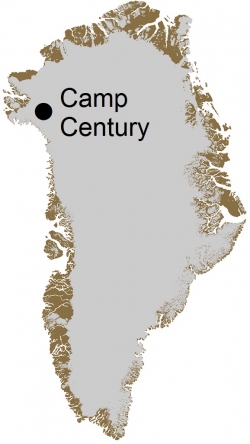 But the base was originally built in 1959 to test the idea of putting an array of ballistic missiles within striking range of Russia, a venture called Project Iceworm. When the project was ultimately rejected, the nuclear reactor that powered the camp was removed and then the site was “abandoned by just closing the door and letting the snow fall,” Colgan said.

As he looked up old reports on what was stored there, Colgan said, “the clear question was, ‘What’s the implication of climate change?’ ”

The answer to that question comes down to the winner of the competition between accumulating snow (which is eventually packed down to become ice) and melt: In the decades since Camp Century was abandoned, falling snows have buried the site ever deeper. But because of rising temperatures, eventually that process is “going to stop and then reverse direction,” Colgan said. “You’re inevitably going to expose the site.”

Between 2007 and 2011, the Greenland Ice Sheet lost about 260 billion tons of ice per year, mostly due to melt. Even more ice loss is predicted as temperatures continue to rise due to the buildup of heat-trapping greenhouse gases in the atmosphere.

To gauge the threat of future melt at the Camp Century site, Colgan and his colleagues turned to climate models. They found that if greenhouse gases continue to be emitted at the pace they’re currently on, melt could outpace the accumulation of snow there as early as 2090. Their findings were published Aug. 4 in the journal Geophysical Research Letters.

Meltwater, which percolates down through the top layers of compressed snow, could reach the site and its hazardous material even sooner. 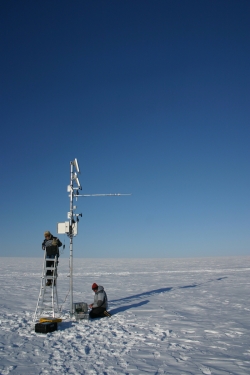 Of particular worry are the PCBs thought to be buried there. These chemicals naturally accumulate in colder conditions, and can work their way up the food chain. There has already been clear bioaccumulation in the Arctic, with elevated levels found in native populations that eat seal and whale meat.

“They last forever; they don’t break down,” Colgan said. They “will be waiting” when meltwater comes, and will be washed out to coastal waters.

Colgan and his colleagues say that remediation of Camp Century is impractical right now, and would have to wait until warming brings it closer to the surface.

But it does point to larger, heavily political issues: Who is responsible for the cleanup of this and other sites, and how should waste disposal be handled moving forward, as the Arctic becomes increasingly developed?

“The study raises an important issue, how climate change can result in unanticipated release into the environment of toxic and radioactive wastes that were optimistically presumed at the time to be stably isolated,” Daniel Hirsch, director of the Program on Environmental and Nuclear Policy at the University of California, Santa Cruz, said in an email. That concern extends beyond the Arctic to include sites that could be impacted by sea level rise.

“Places that are frozen today may not remain frozen tomorrow; places that are fairly dry now may not be so over the half million years which radioactive wastes remain dangerous,” Hirsch, who was not involved with the study, said. 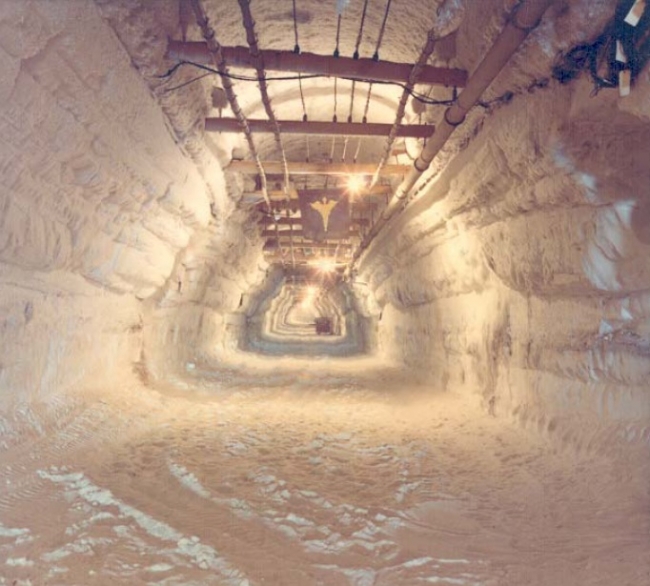 A view inside the main 1,300-foot access trench to Camp Century in 1964. More than 12 500-foot-long side trenches radiated out from the main trench.
Credit: U.S. Army

Who is responsible for remediation is a potentially thorny problem. Camp Century, for example, was a U.S. military project undertaken with permission from the Danish government, which controlled Greenland at the time. Today, Greenland is self-governing. Effective cleanup could impact the willingness of Arctic nations to hosts such bases.

With increased interest in the Arctic from countries including the U.S., Russia, and China, “how we deal with Camp Century and its sister bases is an important precedent to set,” Colgan said.