Bad news keeps flowing for the icy landscapes of the world.

Rising temperatures are melting ice and sending it to the ocean, a process that is pushing sea levels higher and altering the landscape at both poles. The latest news comes from Greenland, where researchers have used high-tech satellite and GPS measurements to see how much mass the ice sheet is losing.

Their results, published this week in Science Advances, indicate that it’s melting faster than previous estimates, particularly in areas where the ice sheet comes in direct contact with the ocean. It’s a troubling finding for the future of coastal areas around the world. 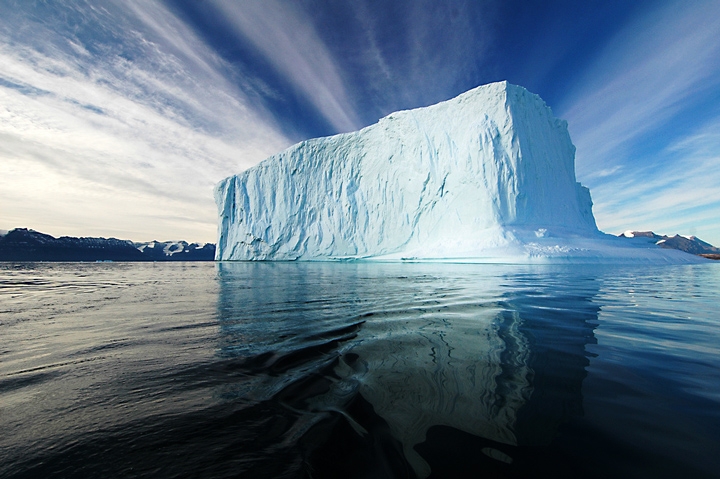 The Greenland ice sheet contains enough water that, if melted, would raise sea levels up to 23 feet. Rising temperatures have already eaten away at it, and Greenland’s ice sheet is responsible for about 30 percent of the observed foot of sea level rise since the start of the 20th century. While the rest of the ice sheet isn’t going to disappear overnight, it’s fate is intimately tied to the fate of communities along the coast.

“Greenland is one of the more pronounced contributors to sea level rise,” Michael Willis, a remote sensing expert at the Cooperative Institute for Research in Environmental Sciences and co-author of the study, said. “In order to know how Greenland’s ice may change in the future, we need to focus on the areas where the changes have occurred over both short and long time periods.”

Because of Greenland’s remoteness and sheer mass, measuring changes is a challenge. The land under the ice sheet also adds another wrinkle. Ice started receding due to natural forces 20,000 years ago, and the land underneath has been slowly rising in response.

The Gravity Recovery and Climate Experiment (GRACE), the satellites tasked with measuring the mass changes in Greenland and other icy landscapes around the world, has a hard time time seeing the difference between rising land and ice.

“GRACE can only measure mass change,” Willis said. “It cannot tell you what is changing mass.”

To get that end of the equation, Willis and his colleagues turned to GPS sensors set up across Greenland. Comparing them to satellite data, they found that the Greenland ice sheet was losing mass 8 percent faster than previous estimates. 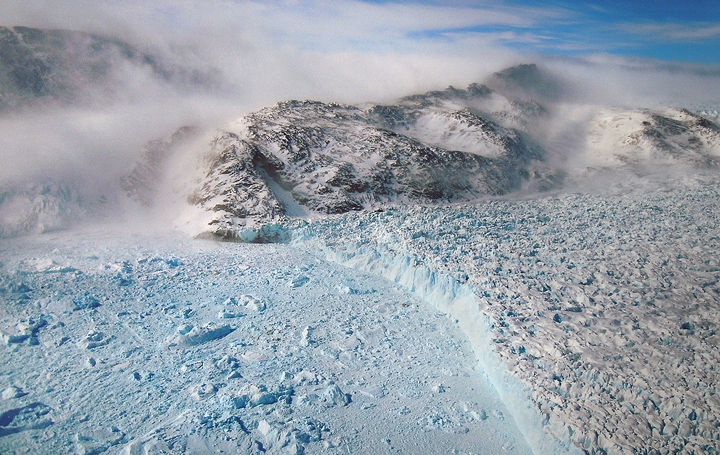 The edge of Gyldenlove Glacier, located in southeast Greenland, is one of the glaciers that flows directly into the ocean. It's located in one of the fastest melting parts of Greenland.
Credit: NASA ICE/flickr

The areas losing mass the fastest are spots where the ice sheet has a direct connection to the ocean. Rising ocean waters and air temperatures are essentially putting ice in a vise grip of warming and speeding up melt. Geology is also compounding the rapid loss of ice in those regions.

“The ice sheet in these basins is also steeper than the average for the ice sheet, therefore the ice flows, on average, faster there, too,” Willis said. “Simply put, the shape of the ice sheet and the contact with the ocean makes it likely that these areas respond more pronouncedly to changes in climate boundary conditions — be they atmospheric, oceanic or glaciological.”

The revised mass loss estimates will provide an important tool for researchers going forward as they estimate sea level rise as well as the potential for an even more dramatic slowdown in Atlantic ocean circulation.

“The finding shows the precision of the state of the art in mass budget work,” Jason Box, an ice sheet researcher at the Geological Survey of Denmark and Greenland, said in an email. “Being that precise with a 2-mile thick dome of ice three times the acreage of Texas ain't bad.”

You May Also Like:
Obama Just Tied Climate Change to National Security
UN Climate Pact Moves Closer to Taking Effect
This is What Climate Change Sounds Like, in D Minor