SAN FRANCISCO — New discoveries in Greenland’s warming ice sheet tell a chilling tale of change in its depths. Mysterious under-snow lakes pockmarking its edges and deep layers of ice at higher elevations both point to changes that could hasten melt and send water cascading into the ocean, pushing global sea levels ever higher.

Researchers revealed findings of the inner workings of Greenland’s icy coat at this year’s American Geophysical Union Fall Meeting on Monday. Radar flown by plane and dragged by snowmobile, as well as satellite measurements show how the ice cap is potentially turning into a Slip ‘N Slide for meltwater to rush to the Atlantic. 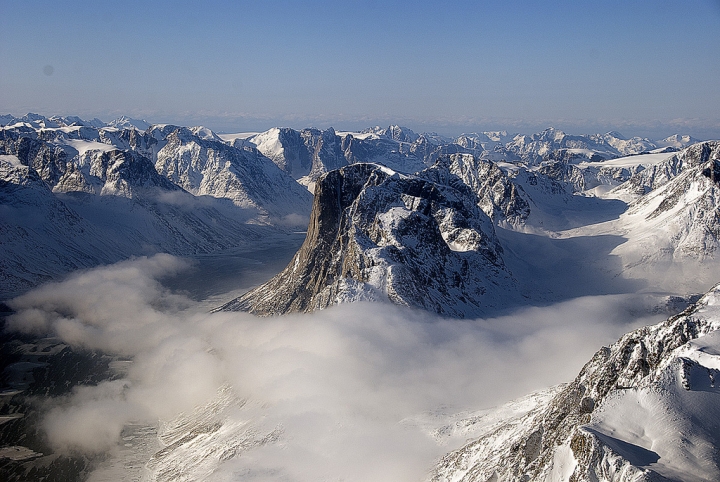 At the mid-elevations of Greenland’s ice, thick slabs of ice are developing instead of layers of compacted snow — known as firn — and thin ice layers. And closer to the edges of the ice, researchers are finding lakes buried under the firn.

On their own, each of the findings show that changes are afoot in Greenland. But taken together, they paint a worrisome picture for the massive cap of ice and snow that contains enough water to raise the world’s sea levels by up to 20 feet.

Those changes could be tied to a clear shift in ice sheet dynamics that happened over the period of 2006-2009, which Lora Koenig, a researcher at the National Snow and Ice Data Center who contributed to the new findings, said likely reflects that warming is exerting a greater influence on the Greenland’s ice.

The Arctic is warming much more rapidly than the lower latitudes of the globe and the effects of climate change are generally much more pronounced throughout the region. Recent research has already shown that rapid changes is taking place in Greenland and massive yearly ice melt could be more likely by 2100.

That influence could potentially trigger feedbacks resulting in greater ice melt in Greenland and with it, higher sea level rise. But what exactly the new findings mean for sea level rise estimates is still unknown.

Firn at the mid-elevations of Greenland is a key defense in keeping meltwater from running off because it acts like a sponge, according to Mike MacFerrin, a CIRES researcher who presented another portion of the research at a press conference.

MacFerrin first discovered the ice layers — some of them up to 15 feet thick — in 2012 in west Greenland. That ice doesn't have the same ability to absorb water, a reality made clear just a few months after MacFerrin’s discovery.

During 2012’s record-setting melt season, nearly the entire surface of Greenland melted out for a few weeks in July. That sent a raging torrent of water tumbling toward the coast, washing out riverbeds and destroying infrastructure.

Greenland’s mid-elevation isn’t the only area changing. Closer to the coast in the low elevations, water is pooling just below the snowy surface. Researchers first spotted signs of lakes below the surface in 2009 when using NASA’s IceBridge, a plane with radar capable of revealing features below the ice sheet’s surface. The notch of water in the black and white cross-section of the ice might not look like much, but the small pools of water that persist through the winter have the potential to have large impacts on the sheet’s durability.

“For the stability of the ice sheet, water is not a good thing to have, especially persisting year-round,” Lora Koenig, a researcher from National Snow and Ice Data Center, said in a press conference. “What this water is really doing is priming the pump (for melting) for the next season.” 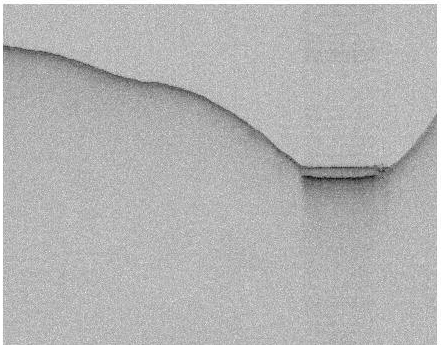 A cross-section of Greenland's ice sheet. The black flat line shows where a lake has formed below the ice.
Credit: CIRES/Flickr

A similar pattern is also playing out in parts of southeast Greenland, where ice cores have recently turned up a watery mess instead of a solid core. Richard Forster, an ice researcher at the University of Utah, was on a drill site in April when he first hit upon a liquid surprise.

“This is April and air temperatures are minus-20°C and melt on surface doesn’t occur for another two months, so we knew water pouring out of this core extracted from 25 meters below surface lasted throughout the winter,” Forster said.

Satellites and radar measurements have since confirmed the slushy core wasn’t a lucky strike but part of a pattern of underwater pockets of water.

Putting the low-altitude buried lakes and mid-altitude ice blocks into models will help refine sea level rise estimates, which are currently up to 6 feet by the end of the 21st century.

“A lot of these results are new enough that we’re trying to pin down the mid- and longer-term results,” MacFerrin said.