Agriculture has undergone a “green revolution” over the past 50 years, with more and more crops being produced from an acre of land than ever before.

That agricultural revolution could be changing concentrations of carbon dioxide in the atmosphere, and possibly having a small effect on climate change, according to two separate and unrelated studies published Wednesday in the journal Nature. 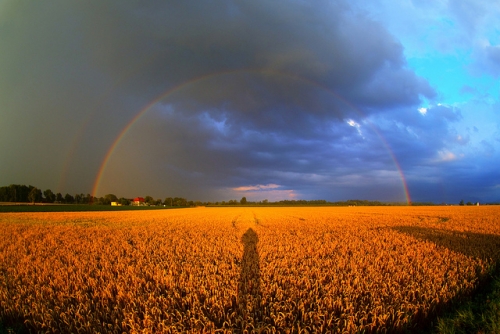 Just as forests are often said to be the lungs of the Earth, the same is true for crops.

Such agricultural inhaling and exhaling of CO2 contributes to seasonal changes in the global carbon cycle.

The new studies suggest that more efficient, high-yield agriculture is making those seasonal changes in the global carbon cycle swing to greater extremes, but the long-term implications for climate change may be small.

Researchers have seen a 15 percent increase in the amount of CO2 being inhaled and exhaled over the past 50 years over the Northern Hemisphere. At the same time, land planted with crops there grew by 20 percent as total crop production tripled.

The first study, led by University of Maryland atmospheric science professor Ning Zeng, shows that forests in the Northern Hemisphere have been increasing the amount of CO2 they absorb and release into the atmosphere each year, and the study ties those increases to greater agricultural productivity in recent years.

Higher concentrations of CO2 in the atmosphere because of human-caused emissions are thought to allow trees and plants to absorb more carbon, stimulating plant growth, but the study says that phenomenon is insufficient to account for greater swings in seasonal CO2 concentrations.

Rarely has crop production been considered a major factor in these concentrations, Zeng said.

Greater, more intense agricultural production is tied to land management — better irrigation and fertilizer, and new strains of crops designed to increase yields, which affect the amount of CO2 the crops absorb and release seasonally. 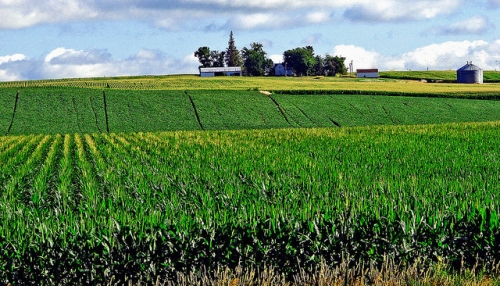 The more those crops grow, the more CO2 they absorb, and the more they decay, releasing a greater amount of CO2 than in the early 20th century, before farming became more intense.

“Changes in the way we manage the land can literally alter the breathing of the biosphere,” he said.

The second study, led by Boston University assistant professor Josh Gray, showed that more intense crop production in the Northern Hemisphere may explain as much as a quarter of the changes in the seasonal CO2 cycle.

Between 1961 and 2008, there was a 240 percent increase in maize, wheat, rice and soybean production in the Northern Hemisphere at the same time CO2 concentrations were increasing in those areas during the winter.

“We did the math and it turns out — surprising to me — they actually account for a lot of that increase,” Gray said. “This is a direct consequence of intensive management of these ecosystems.”

These agriculture-driven changes in the global carbon cycle may not mean a lot in the context of climate change because they are driving atmospheric CO2 concentrations only slightly lower in the summer and slightly higher in the winter, he said.

“The still dominant effect with relation to climate change is related to this long-term increase in emissions,” Gray said.

Agriculture remaining relatively carbon-neutral is part of why these changes will have little effect on the climate compared to human-caused CO2 emissions from burning fossil fuels, he said.

Whereas trees in forests live for decades or centuries, storing the CO2 they absorb from the atmosphere for long periods of time, crops live for a single growing season, absorbing and releasing all the the carbon they store in that same year.

“Almost everything is returned to the atmosphere,” Gray said.

Zeng said both studies, which he said were conducted by researchers who had no knowledge of the other study, basically say the same thing but arrive at their conclusions using two different methods.

“Basically, we rely on, to a large degree, a model and atmospheric CO2 observations, and their study (Gray’s) analyzed in more detail the specific agricultural change down to specific crop species,” Zeng said. “Underlying our analysis, we did the same thing. It’s very encouraging.”

In the end, the studies make clear that knowing more about how growing food affects the atmosphere can lead to better climate science and a better understanding of how managing the land affects climate change.