The most precious places on the planet are under siege by climate change. From Venice being slowly consumed by the sea to rising temperatures stressing out Uganda’s famous gorillas, history and the natural world are facing a threat unlike anything they’ve ever experienced before. 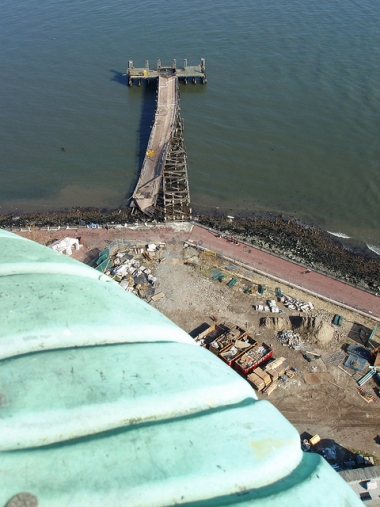 On the eve of Memorial Day and the unofficial start to summer tourism season, the Union of Concerned Scientists (UCS) and the United Nations have put out a report chronicling the risks climate change poses to cultural and natural treasures around the planet.

The report looks at a handful of the 981 World Heritage Sites listed by UNESCO as having exceptional cultural or natural value. In all cases, climate change is exerting pressures that could permanently alter some of the most spectacular places on earth unless carbon emissions are cut.

“We say we want to preserve these sites for the future of humankind, but unless we act, they will be destroyed by our own hands,” Adam Markham, the deputy director of the UCS climate and energy program who led the report, said.

It’s not just about losing places, either. It’s about losing tourism dollars that are vitally important to the communities living around these places, particularly in developing countries. Tourism accounts for 9 percent of the global GDP. In the U.S., tourism to National Parks pumped $15.7 billion into local economies in 2014.

Natural resources are already being impacted. The recent global coral bleaching event — driven by rising ocean temperatures coupled with this winter’s strong El Niño — is one of the starkest examples of how climate change is already devastating World Heritage Sites. More than 93 percent of the Great Barrier Reef bleached this winter, which scientists said was up to 175 times more likely because of climate change.

Elsewhere, rising temperatures on land have already contributed to changes in the forest fire season in and around Yellowstone National Park, another World Heritage Site. The region has seen a tenfold increase in the number of large wildfires and they now burn roughly 45 times more area each season than they did in 1970. Further changes could permanently alter the ecosystems in the park that drew 4 million visitors last year.

The threat to cultural sites is even more pronounced. More than three-quarters of all World Heritage Sites preserve pieces of human history, adding a sense of urgency to protecting them. Coastal areas in particular are facing a clear and direct challenge from rising seas and more intense storm surge.

The Statue of Liberty is a prime example of both the risks posed and the responses needed to deal with more climatic extremes. When Hurricane Sandy roared into New York Harbor in 2012, it inundated 75 percent of Liberty Island. The storm caused $77 million in damage there and at Ellis Island and shut down both sites for months on end to repair the damage.

The biggest impact was to electric, telephone and heat and cooling systems, which all sat in basements that flooded when the storm surge hit. In response, park managers have rebuilt the electrical system up to 20 feet above current sea level to minimize damage from rising seas and future storms. 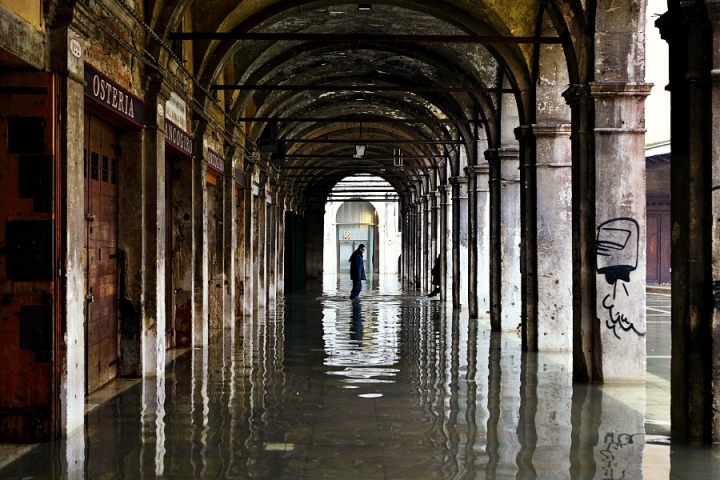 In Venice, $6 billion floodgates are being installed to keep the Adriatic Sea at bay, though Markham warned the protection still might not be enough to protect the city from future sea levels and storm surge.

World Heritage Sites can also be a part of the solution. Beyond the tourism value, these places can also be tools in combating climate change. The large tracts of forest and coastal swamps and wetlands already store vast amounts of carbon and properly managing them could help further their carbon sequestration benefits.

“They’re one of the best solutions that nature provides to tackling global climate change,” Tim Badman, the director of the World Heritage program at the International Union for the Conservation of Nature, said.

On a more meta level, they offer inspiration for what could be lost if world leaders fail to meet the Paris Agreement goal of limiting warming to well below 2°C (3.6°F).

“We’re about to lose a huge part of human history,” said Marcy Rockman, a cultural resources specialist with the National Park Service. “Humans centuries into the future will never be able to consult that, they’ll never be able to know.”