The amount of coal, oil, gas and renewable energy used by the global economy is falling quickly, a clear sign that economic growth is having less of an impact on climate change than in the past, according to new data from the U.S. Department of Energy.

The measure of the amount of energy that is used per unit of gross domestic product is known as energy intensity, and it’s an important indicator in the progress countries are making in tackling climate change. Globally, energy intensity has fallen 30 percent since 1990, and about 2 percent between 2014 and 2015. 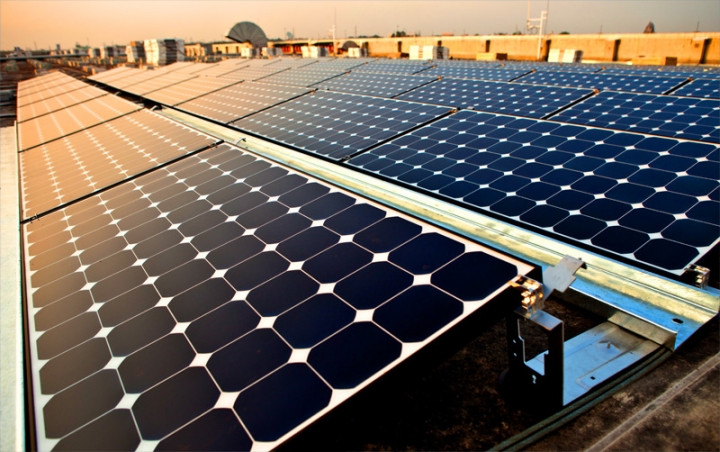 A solar array in Vietnam. Renewables such as this are part of a global rise in energy efficiency.
Credit: Intel Free Press/flickr

“This is excellent news,” Penn State University climatologist Michael Mann said. “The dramatic drop we are seeing in global energy intensity is a very direct indication that energy efficiency measures are having a very direct impact on global carbon emissions.”

Another key indicator is carbon intensity — how much carbon is emitted as a result of the energy people consume.

“The carbon intensity is also decreasing due to the rapid transition that is now already taking place away from fossil fuel burning toward renewable energy,” Mann said.

Energy intensity affects greenhouse gases because much of the energy used in the global economy comes from fossil fuels. As countries use less fossil fuels and become more efficient with their energy use, carbon emissions will also fall.

Until recently, the global economy and greenhouse gas emissions increased and decreased together. They have long been linked because, historically, a growing economy required burning a growing volume of fossil fuels to keep factories and vehicle engines running.

That is beginning to change. The International Energy Agency announced last year that global greenhouse gas emissions produced by burning fossil fuels were the same in 2014 as they were in 2013 despite a growing global economy. The trend continued in 2015 as emissions remained flat even as the world’s economy grew 3 percent.

The reason: More electricity was produced from renewables and natural gas than ever before, and energy is being used more efficiently.

“At a global level, the decline in energy intensity is driven by a variety of factors, ranging from structural changes in economies from more intensive to less, efficiency gains such as fuel efficiency standards, to consumer behaviors — using energy differently,” EIA analyst Ari Kahan said.

More efficient buildings, vehicle engines and power plants are reducing how much energy is consumed per person globally, according to an International Energy Agency report. Efficiency alone reduced energy consumption 18 percent between 1990 and 2014 in the U.S., the United Kingdom, Australia, Japan and seven Western European countries.

Globally, the Energy Information Administration expects both the energy and carbon intensity of the global economy to gradually decline over the next 25 years.

“We are making headway,” Mann said. “But we need further incentives for policies that will accelerate the transition away from fossil fuels if we are to stabilize warming below dangerous levels.”

You May Also Like:
First Half of 2016 Blows Away Temp Records
‘Water Windfall’ Found in Drought-Stricken California
A Computer Just Changed the Coral Research Game
Climate Change is Tipping Scales Toward More Wildfires