References to “negative emissions” have been dropped from a draft climate agreement that’s being finalized at meetings in Paris. The term had referred to an imagined world where geoengineering projects and forests suck more heat-trapping carbon dioxide out of the atmosphere every year than industrial activities pump into it. 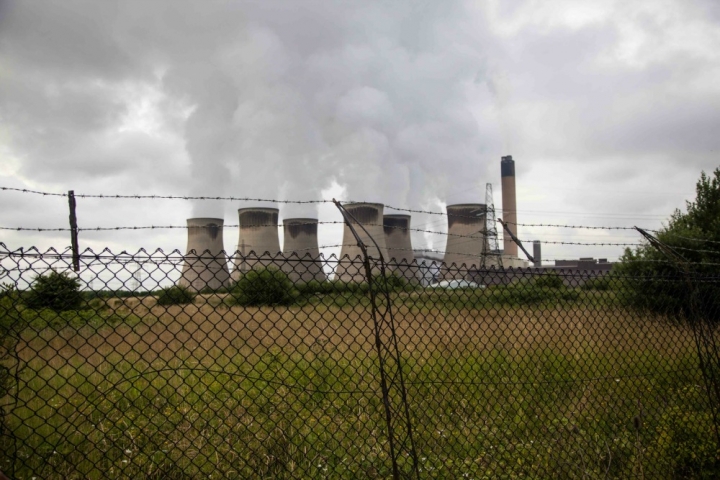 Findings from a review article published Monday in Nature Climate Change suggest the negotiators have been prudent to remain wary of the concept, given the high price tags and environmental costs that would accompany it.

The article was produced by an international team of dozens of scientists following a review of recent research. The researchers concluded that a “heavy reliance” on future uses of negative emissions technology to “allow continued use of fossil fuels in the present” is extremely risky.

The scientists reviewed four potential approaches for reducing atmospheric levels of carbon dioxide. They examined the potential use of carbon-dioxide absorbing crops and other plants as fuel, followed by underground storage of the carbon dioxide that’s released when they’re burned. Aggressive forest planting was also considered, as was the capture of carbon dioxide from the air using engineering chemical reactions and through the use of minerals.

Risks varied based on the technology considered, including high costs, high energy demand and the heavy use of land, water and nutrients.

“If we go into it thinking we can continue to emit as we are at the moment, and these negative emissions technologies are there and they’re going to save us in the future, I think that’s extremely risky,” said Pete Smith, a University of Aberdeen professor who coordinated the research for Monday’s article.

Publication of the review article was timed to coincide with high-profile climate meetings underway in Paris. It serves as a warning to climate negotiators who are trying to figure out how nations can work together to slow global warming. But it also highlighted limitations in research.

David Keith, a physics and public policy professor at Harvard University, who serves as president of a Canadian firm aiming to commercialize technology that draws carbon dioxide directly from the air, described as “ridiculous” the conclusion it would cost more than $1,600 to remove a ton of pollution using that method. He believes the costs will be far lower.

“There's no new research or findings here, just a rehash,” Keith said. “I don't blame them. There's not a lot of literature. I think the paper is pretty good.”

Analyses such as Monday’s are “critical,” said Michael Mann, a Penn State meteorology professor who wasn’t involved with it. “These methods are being given increased consideration as we attempt to find a way to limit global warming.”

Mann said the analysis ignored some lower estimates of costs, and he pointed out that costs would decline over time if technologies are actually deployed.

“If we find ourselves in a situation where this technology is the only way to keep warming below dangerous levels, the economics would still favor implementing the technology,” Mann said.

The review article was published as U.N. Framework Convention on Climate Change negotiations entered a crucial final week in Paris. By week’s end, negotiators hope to strike an historic agreement that would see nations taking a new approach to reducing their climate impacts through gradually improving voluntary strategies. 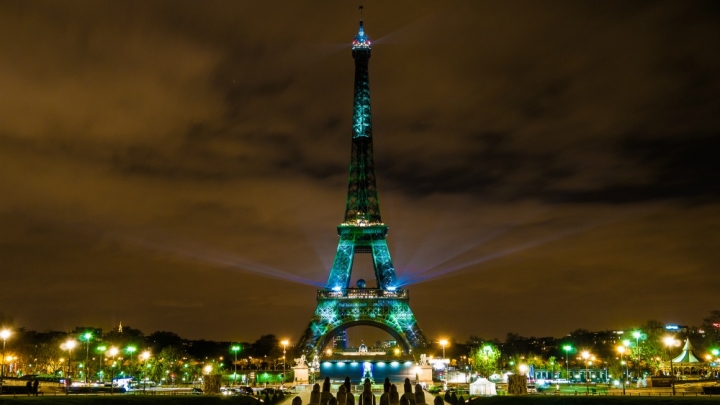 The current draft aims to keep global warming to less than 2°C (3.6°F) above pre-industrial times. Even if that goal were achieved, it would double the amount of warming that’s already been caused by industrialization, worsening floods, heat waves, droughts and storms.

National climate pledges submitted ahead of the Paris talks were generally unambitious, and all of them could be achieved without any need for negative emissions. A long-term goal is to improve those pledges over time until they collectively curb warming to less than 2°C — or even to less than 1.5°C (2.7°F). It’s that goal that has some groups in Paris advocating for strategies that incorporate negative emissions.

The Intergovernmental Panel on Climate Change’s last assessment report illuanalyzed 116 potential scenarios that have at least a two-thirds chance of curbing warming below 2°C. The scientists who produced Monday’s article examined those scenarios, and found that 101 of them required future negative emissions.

The World Resources Institute, a nonprofit, analyzed the national climate pledges for Climate Central. It found that a handful of countries, including oil exporters and China, discuss or propose the use of carbon capture technology to help meet their pollution-reduction goals, though none referred directly to “negative emissions” goals. (Rwanda’s pledge states that it’s already a “negative emissions” nation.)

Monday’s review article doesn’t rule out the use of carbon capture or other negative emissions technologies. Instead, it concludes that it would be far cheaper to use clean energy now to avoid polluting the atmosphere than it would be to try to suck the carbon dioxide back out of the atmosphere in the future.

“We can’t think that we should be able to make up for poor decisions today by buying negative emissions later,” said University of California at Irvine assistant professor Steven Davis, one of the scientists behind Monday’s paper. “It’s going to be a lot easier, cheaper and less risky to just tackle these emissions before they’re in the atmosphere.”

You May Also Like:
Countries Pledge $10 Billion For Clean Energy Fund
Interactive Map Unveils the Mystery of Wind Turbines
This is the Globe’s Hottest Five-Year Period on Record
Global Warming Key Driver of 2015’s Record Heat