Just like last year, Texas is king of greenhouse gas emissions in the U.S., while Vermont remains the greenest state in terms of pollution that causes climate change. 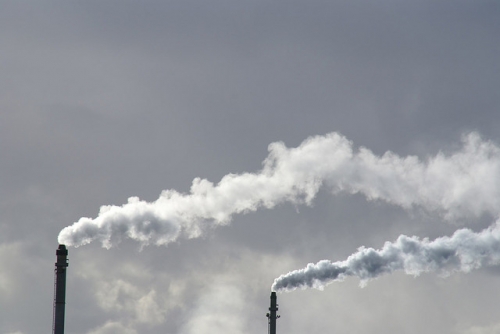 After a decline in 2012, carbon dioxide emissions from coal burning power plants increased slightly in 2013 because of a spike in the use of coal for power generation. At the same time, methane emissions from fracking declined by more than 70 percent in the two years between 2011 and 2013, the data show.

The EPA released the data just a week after the U.N. Climate Summit in New York, during which the U.S. outlined commitments to reduce greenhouse gas emissions under a treaty slated to be finalized in Paris in 2015. At the same time, the EPA has proposed the Clean Power Plan, which aims to reduce carbon dioxide emissions from coal-fired power plants. That rule is also expected to be finalized next year, barring legal challenges.

The EPA’s Greenhouse Gas Reporting Program, which has now been operating for about four years, requires more than 8,000 large industrial greenhouse gas emitters to report their emissions. The pollution they report to the EPA represents roughly 50 percent of all greenhouse gas emissions in the U.S.

Responsible for spewing more than 400 million tons of greenhouse gases into the atmosphere, Texas — the nation’s biggest fossil fuels hub — emits about 2.5 times the greenhouse gases emitted by Indiana, the second-largest emitter in the U.S.

Greenhouse gas emissions from oil and natural gas production and distribution declined 1 percent between 2012 and 2013, the EPA’s data show.

A major part of that decline included a major drop in methane emissions from oil and gas development. Methane is about 35 times more potent as a greenhouse gas than carbon dioxide over a 100-year timeframe.

Methane emissions the energy industry reported to the EPA fell by 12 percent between 2011 and 2013, including a 73 percent decline in emissions from hydraulically fractured natural gas wells.

The data include only emissions that the industry reported to the EPA. Studies published recently have shown, however, that large quantities of methane may be leaking from oil and natural gas drilling, production and distribution sites.

Researchers have been unable to count all the leaks or fully determine the rate at which the methane may be leaking. Studies have also suggested that the EPA’s greenhouse gas inventories may not be quantifying all the methane emissions from wells actively being drilled.

Allen said his research found that new emissions control equipment installed on natural gas wells while they are being completed reduced methane emissions at wellheads by 99 percent.

You May Also Like:
Three Decades Until Carbon Budget Is Eaten Through
Science Shows How Climate Change is Baking Australia NASA Ranks This August as Warmest on Record
The $90 Trillion Climate-Stabilizing Cookbook
What Will Survive in Hot, Acidic Oceans?
Arctic Sea Ice to Reach Sixth Lowest Extent on Record