More than 1,500 barrels of crude oil per day gushed from the “Jake” oil well when EOG Resources drilled and fracked the well into the Niobrara shale in northern Colorado in the fall of 2009. That gusher marked the beginning of one of the biggest oil booms in the state’s history, part of a larger shale oil rush playing out in Colorado, Texas, North Dakota and elsewhere today making the U.S. the world’s leader in oil production this year.

Those booming shale oil and gas plays are all successful because of advances in fracking and horizontal drilling technology and the speed with which companies are drilling new wells. In some regions, the booms are playing out near homes and schools in suburban areas, particularly in Colorado, where they contribute to widespread concern about climate change-driving methane leaks, air pollution, groundwater contamination and the industrialization of residential areas. 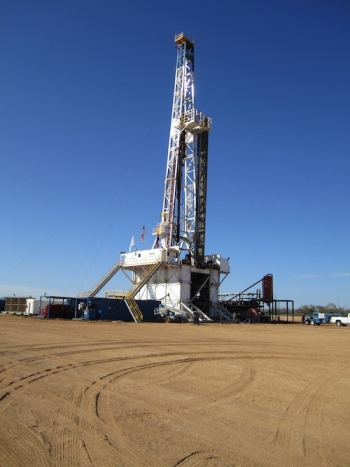 Scientists studying oil and gas well production data are beginning to question how long the boom will last, however, suggesting that a shale oil and gas bust may come sooner than expected, even as the industry insists that the boom has been and will continue to be a success.

British Columbia-based geoscientist David Hughes, whose research was presented at the Geological Society of America meeting this week in Denver, says the story hidden in oil well production numbers is that oil and gas production from fracking could peak in some places as soon as 2016.

Soon after the Jake well was drilled, the amount of oil it produced declined sharply. In just a few months in 2009, the well produced 48,373 barrels of oil, Colorado Oil and Gas Conservation Commission data show. By 2012, the Jake well’s annual production totaled 22,300 barrels. So far in 2013, the gusher has eeked out only about 6,000 barrels.

It’s the same picture in oil wells throughout the Niobrara shale, where oil production declines more than 65 percent in a new well’s first year of production, Hughes said.

Production in the Haynesville oil and gas field in Texas and Louisiana peaked after just 5 years, he said.

And as Hughes noted, the more production drops off in individual oil wells, the more wells companies have to drill and frack to make up the difference.

One of the reasons for that is the geology of “tight” oil, which is found in low-permeability rock deep underground that has to be pulverized with hydraulic fracturing or “fracking” to release the oil and natural gas it harbors. The amount of oil each fracked well can can access is fairly small because the rock is so impermeable, Hughes said.

“We get a big flush of initial production, and that’s over once you drain the small area adjacent to those fractures,” he said. “In order to maintain production, you have to keep drilling to offset that wicked decline.”

Hughes’ research contradicts Citigroup’s and University of Texas-San Antonio’s long-term shale oil production projections that suggest tight oil production will continue to rise both in Texas and throughout the country in the coming decades.

“It’s not the case if you look at the physics of the situation,” he said.

Hughes presented his findings alongside Charles A.S. Hall, professor emeritus at the College of Environmental Science and Forestry at the State University of New York, Syracuse, who studies the energy return on investment of oil fields.

“Because these wells fall off so quickly, you’re on a drilling treadmill,” Hall said Thursday. “This surge in production from Bakken and Eagle Ford is real, but the concept that this is going to continue to increase and that the U.S. will become a net oil exporter doesn’t seem in any way possible to me or to David (Hughes).” 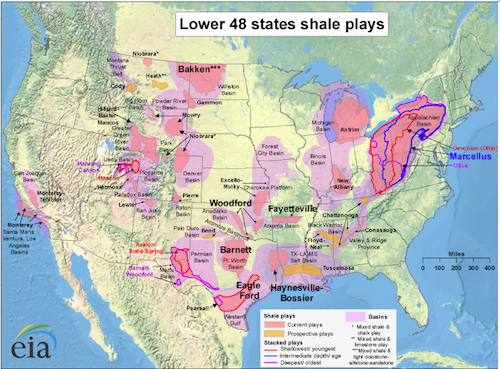 And once the “sweet spots” for oil production are drilled out and begin to decline, then what?

“My whole message in my talk was, let’s get real in terms of the longevity and sustainability of this,” Hughes said. “It has been a game-changer. It has ramped up U.S. oil production, which was in terminal decline in 2008, but it’s not a long-term solution.”

Arthur E. Berman, a geological consultant for Labrynth Consulting Services in Sugar Land, Texas, who was scheduled to present with Hughes and Hall, said that the 10-year history of shale gas extraction is a “commercial failure” so far, but increasing oil prices will eventually meet the cost of production.

“Hall, Hughes and Berman have no credibility in my mind in their analysis of shale development. They are thinly veiled advocates for the position that shale development has been a failure,” said Will Fleckenstein, a petroleum engineering professor at the Colorado School of Mines, pointing to the U.S. Energy Information Administration (EIA) as a more comprehensive and credible source for oil production forecasts.

Fleckenstein said the shale boom’s long-term success is underscored by a University of Texas-San Antonio economic study showing that oil production in the Eagle Ford shale in south Texas will increase continuously through 2022, supporting 127,000 jobs and produce an economic impact of $89 billion that year.

The American Petroleum Institute, the oil industry’s chief lobbying and trade group, did not respond to requests for comment.

EIA projections show oil production in the Eagle Ford and Bakken shale peaking in 2021 and beginning a long, slow decline through 2040, according to the EIA’s 2013 Annual Energy Outlook report.

Though it’s true that oil production in fracked wells declines very quickly, any production peak in any of these tight oil fields would be market-driven, not driven by geology, said EIA analyst John Staub.

“To fully drill-out the Bakken, for example, (total wells would be) in the 40,000 range,” he said. “They’re drilling 1,800 wells a year now. There’s a long ways away to fully drilling that out. David’s (Hughes) come in and talked with us. Yes, the wells decline quickly, but there are a lot of opportunities to drill wells.”

But for Hall and Hughes, the question is what happens if many of those 40,000 wells are drilled outside the sweet spots and production declines faster than expected.

“Yes, these (shale oil booms) are a temporary bonanza, but now, I don’t think it’s wise to build a long-term energy strategy assuming that production is going to go up and stay up there for long periods of time,” Hughes said. “It’s just the nature of the beast.”

Editor's note: Berman did not present his findings at the GSA in Denver last week, but his presentation was included on the GSA website. Also, the Haynesville shale is an oil and gas field.

Related Content
Some Voters Taking on Fracking Nov. 5, But Is it a Trend?
Fracking May Emit Less Methane Than Previous Estimates
Scientists: U.S. Climate Credibility Getting Fracked
Fracking May Be Polluting River with Radioactive Waste