The Obama administration is under pressure from Congress to decide on the fate of the Keystone XL Pipeline after the Senate approved a bill Thursday that would greenlight the pipeline’s construction. A final bill could land on President Obama’s desk sometime next week, but he is expected to veto the bill because he objects to Congress usurping his administration’s authority over the pipeline’s approval.

With the political pressure on, the U.S. State Department, which is in charge of the Keystone’s federal review process, has given federal agencies until Feb. 2 to say whether they think building the pipeline is in the national interest. It’s an indication that the Obama administration may be preparing to make a final decision on the pipeline, which it postponed indefinitely last year.

As these developments unfold, here are four things to know about the status of the Keystone XL Pipeline: 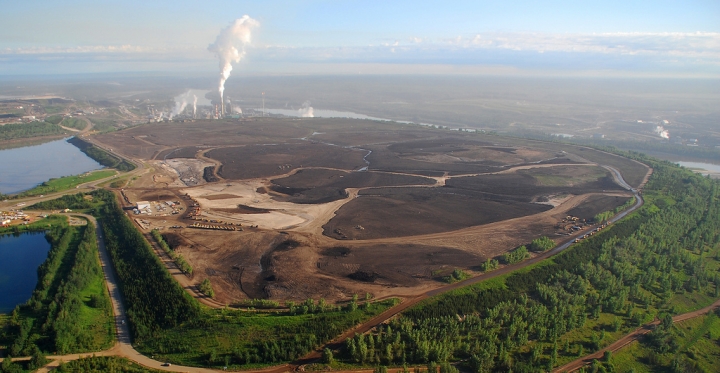 The Keystone XL Pipeline in 100 Words

The energy company TransCanada plans to build the $8 billion Keystone XL pipeline, a 1,179-mile, 36-inch diameter pipe stretching from east-central Alberta, Canada, to the Texas Gulf Coast as a way to transport 830,000 barrels of crude oil per day from the Canadian tar sands to refineries near Houston. Proposed in 2008, parts of the Keystone XL between central Nebraska to Texas have already been built, but the 875-mile section between the Canadian border and Steele City, Neb., awaits final approval from the U.S. State Department, which is reviewing the pipeline because it is an international project.

If it is built, the Keystone XL will likely facilitate the full development of the Canadian tar sands, a vast new source of greenhouse gas emissions. The production of tar sands oil releases 17 percent more CO2 into the atmosphere than the average barrel of crude oil produced elsewhere.

In its analysis of the Keystone XL, the State Department estimates that the pipeline will lead to between 1 million and 27 million tons of CO2 emissions annually, but it won’t likely have a significant effect on climate change because if the Keystone isn’t built, Canadian energy companies will find more carbon-intensive ways to transport their crude to refiners.

A recent Stockholm Environmental Institute study suggests that the State Department’s estimates for the Keystone’s greenhouse gas emissions may be up to four times too low. The study assumes that consumer demand will increase as the market is flooded with additional tar sands crude oil, leading to up to 110 million tons of additional CO2 emissions annually.

Proponents of the Keystone XL say the pipeline would lead to greater energy independence, be among the safest pipelines built and create 42,000 jobs. Opponents worry that ruptures in the pipeline will lead to oil spills and the contamination of the Ogallala Aquifer, that the jobs numbers are exaggerated and that the oil it will carry will be transported overseas.

The chief concern among opponents, including top climate scientists, is the pipeline’s possible impact on climate change. They say that fully developing the tar sands would open up a vast reservoir of carbon to be released into the atmosphere, making it difficult or impossible to meet the international goal of preventing the globe from warming more than 2°C, or 3.6°F.

Shortly before President Obama implored Congress to “set our sights higher than a single oil pipeline” during his State of the Union Address, the State Department ordered eight federal agencies to provide statements by Feb. 2 on whether officials there believe the Keystone XL serves the national interest, Reuters reported.

Meanwhile, TransCanada is filing eminent domain claims against the last landowners along the pipeline’s route that have yet to provide the company right of way to build the pipeline across their property. And, opponents of the pipeline in Nebraska have filed two new lawsuits over the Keystone’s routing. A previous lawsuit about the routing was tossed out.

Tumbling oil prices are another complicating factor. Tar sands oil is expensive to mine and process, and analyses have said oil prices need to be around $85 per barrel for tar sands extraction to be profitable. But TransCanada has countered that, saying oil producers want to reduce their costs by using the Keystone XL pipeline instead of more expensive modes of transport.

Other Pipelines Will Carry Tar Sands Crude if Keystone Fails 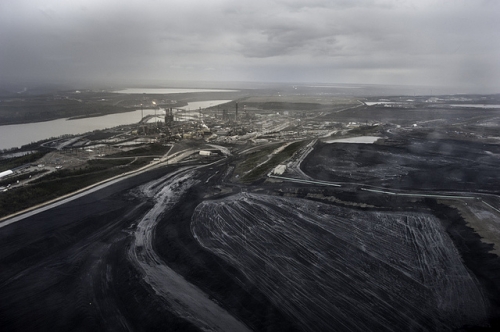 A tar sands mine near Fort McMurray, Alberta, Canada. The Keystone XL Pipeline would bring crude oil from the tar sands to refineries in Texas.
Credit: Luc Forsyth/flickr

The Canadian tar sands are much bigger than Keystone XL, so if the State Department does not approve the pipeline, energy companies mining the tar sands will have a range of options to get their crude to refineries on the Gulf Coast and elsewhere.

TransCanada, the company behind the Keystone XL, is planning an even bigger pipeline project than Keystone XL starting where Keystone starts, Hardisty, Alberta. The Energy East Project would carry more than 1 million barrels of tar sands oil per day to refineries in New Brunswick, on Canada’s East Coast. That pipeline is slated to begin operating in 2018.

Another proposed project is an expansion of an existing Enbridge Inc. pipeline in Wisconsin called the Line 61 Upgrade Project, which is being designed to carry 1.2 million barrels of crude oil per day from an oil terminal in northern Wisconsin to another terminal near Pontiac, Ill. Construction began in 2014, and the pipeline is expected to be operating at full capacity late this year. Enbridge just upgraded another pipeline called the Flanagan South Project that stretches from Pontiac to oil terminals in Cushing, Okla. There, Flanagan links to yet another new Enbridge pipeline expansion, called the Seaway Twin, which started carrying crude last fall from Cushing to refineries in Freeport, Texas.

Energy companies are also using rail to transport crude from Alberta, and the Canadian government has approved other major Enbridge oil pipeline projects. Those include the Northern Gateway Project, which is slated to transport crude oil from Alberta to a port on Canada’s west coast, and the Line 9 expansion, which would pipe tar sands oil east to Montreal.

You May Also Like:
Cold Nights Are Decreasing Across the U.S.
Mike Lemonick Talks 2015 Climate on ‘Wake Up With Al’
EPA to Create CO2-Slashing Plan for States That Won’t
Limiting Tar Sands, Coal, Arctic Oil Is Key to 2°C Goal
Hot, Unfriendly Skies Could Alter Flights