Florida Reefs Are Dissolving Much Sooner Than Expected

It wasn’t supposed to happen this fast.

Some of the reefs around the Florida Keys are dissolving. They may have crossed a tipping point due to increasing ocean acidification, raising the alarm that climate change impacts in the ocean are continuing to happen at a much quicker pace than scientists previously suspected. 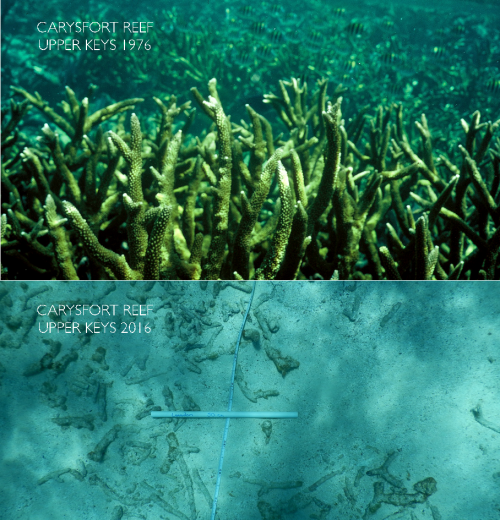 Rising carbon dioxide levels in the atmosphere are making seas more acidic. That makes it harder for coral to build up their skeletons.

Scientists expected that the rising tide of acidic waters would cross a tipping point and start dissolving reefs by mid-century. But some of Florida’s reefs appear to be getting a head start, according to research published in Global Biogeochemical Cycles on Monday.

Scientists sampled seven sites across the 300-mile stretch of reefs stretching from Miami south to Key West. The findings show that the northern stretches of the reefs and their limestone bases are already dissolving.

“Those reefs are starting to waste away,” Chris Landon, a researcher at the University of Miami who helped lead research, said. “Each year there will be a little less limestone than the year before.”

Many of the other reefs in the study are dissolving in fall and winter when ocean waters tend to be more acidic due to natural processes like seagrass dying off. Only the two southernmost reefs that he sampled are still building up mass year-round.

The loss of these reefs is a very real concern for people living the region. According to the Florida Keys National Marine Sanctuary, the reefs there provide an estimated $2 billion in income and 70,400 jobs. They are home a variety of fish and provide protection against storm surge to the millions of residents in southeast Florida.

“This is a really important study for understanding when net dissolution will start occurring on a coral reef,” Emily Shaw, a reef researcher at California State, Northridge, said. She noted that the localized analysis provided a clearer view than more typical global analyses of ocean acidification. 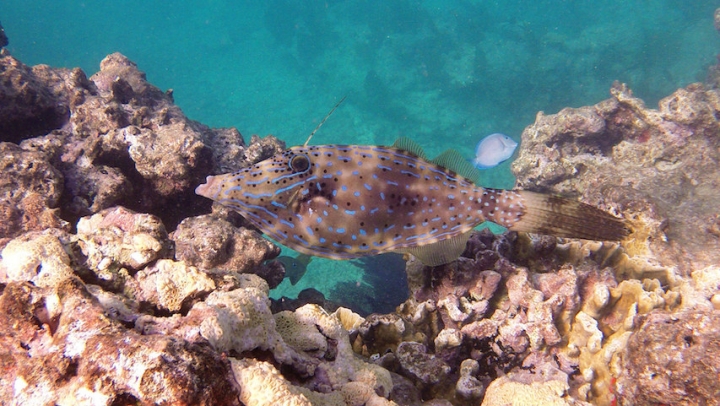 Derek Manzello, a scientist at the Atlantic Oceanographic and Atmospheric Marine Laboratory, said the results were in line with his findings from a 2012 study. He said the main driver of the decline, however, was more likely “that much of the live coral has been lost in the Florida Keys since the early 1980s owing to disease and bleaching.” That weakened the reef’s limestone base enough so that they could dissolve more readily.

Bleaching poses another stress to reefs, not just in Florida, but around the globe. This year was the longest global coral bleaching event on record including a vast swath of the Great Barrier Reef. Recent research showed that bleaching in the Great Barrier Reef was 175 more likely because of climate change. Some of the most pristine reefs on the planet were also decimated by this winter’s bleaching event.

Scientists have started looking at what coral beat the heat in hopes of creating super corals that can survive in our warming oceans. But Langdon’s research shows that their efforts could be for naught because ocean acidification could eat away at the building blocks those corals will need to flourish (or at least survive).

“We need to get serious about reducing carbon dioxide levels,” he said. “That’s what’s making the oceans acidic and making the reefs dissolve. If the actual framework of the reef is dissolving, none of these other actions are going to be very successful in the long term.”

You May Also Like:
Satellite Shows U.S. Has the Most Gas Flares in the World
Global Warming Is Starving West Coast Waters of Oxygen
Stunning Cloud Maps Tell the Story of Life on Earth
Paris Pact Could Benefit From Halt of Fossil Fuel Leases