Florida Dredging Would Cut Path Across Corals in ‘Crisis’

As America’s only barrier reefs bleach, dissolve and succumb to disease, experts worry that a $320 million plan to expand oil and cargo shipments through Florida’s corals could worsen flooding and threaten ecosystems crucial to fisheries and tourism businesses. 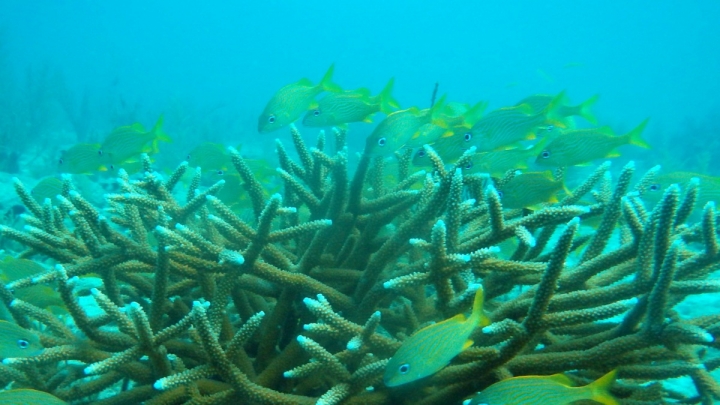 In addition to being one of the world’s busiest cruise ship terminals, Port Everglades, which in greater Fort Lauderdale is a 45-minute drive north of Miami, is a critical cog in the Sunshine State’s fossil fueled economy.

A sweeping water infrastructure bill introduced last month in the U.S. Senate would, among many other things, provide preliminary approval for the federal government’s $220 million share of spending on a Port Everglades expansion. The port is the main delivery point for most of the gasoline, diesel and jet fuel bought and burned in the state.

First, though, raucous debates are underway in Broward County and Washington and in the opinion sections of regional newspapers, pitting the economic value of a key Florida port against the economic and environmental value of its corals.

“We’re doing our best to educate Congress on the risks of this project,” said Rachel Silverstein, a coral scientist who serves as the executive director of the nonprofit Miami Waterkeeper.

Port Everglades is located inside the Florida Reef Tract, a network of coral stretching south from West Palm Beach, hugging close to the Florida Keys toward Cuba. Like other coral reefs, Florida’s tract supports fisheries and wildlife, underpins a large tourism industry and helps reduce flooding and erosion.

When planning began for the port’s expansion, modern humanity had never experienced a global coral bleaching event. The first bleaching, in the late 1990s, left one out of six corals dead worldwide. The third and worst bleaching on record is now underway, threatening reefs from Florida to India and Australia. 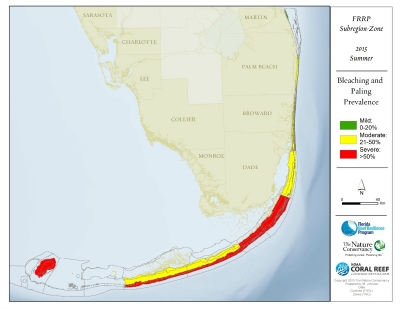 Florida’s corals are succumbing to a white plague epidemic and unprecedented worldwide bleaching that’s linked to warmer waters. Scientists announced last week that many of the state’s reefs are also dissolving from increasingly acidic waters. Like global warming, ocean acidification is primarily caused by carbon dioxide pollution from fuel burning and deforestation.

“There’s been a significant decline in the health of the reef over the last several decades, and that certainly seems to be accelerating,” said Brian Haus, a professor at the University of Miami. “I think it’s in crisis. It’s very stressed.”

The House is due to release its own version of the Water Resources Development Act of 2016 this month. If Congress and the White House eventually approve a bill containing the Senate’s preliminary Port Everglades language, lawmakers would be cleared to begin appropriating federal funds needed to kickstart dredging.

The project would require permits from federal and state agencies. The dredging would also require approvals from local lawmakers in Broward County, where the tourism industry is a major employer. “They very much have a vested interest in the environment — and especially in coral reefs,” said Port Everglades spokeswoman Ellen Kennedy, a county official.

The EPA and environmental groups have objected to findings from the project’s lengthy environmental review. In particular, the smothering effects of silt on corals growing near a similar project at Port of Miami were far worse than the U.S. Army Corps of Engineers had anticipated.

The Army Corps says it’s learning lessons from the Port of Miami expansion that will help it protect, cultivate and safely transplant corals when it expands Port Everglades — including endangered staghorn corals, which resemble 6-foot trees forming underwater forests.

The Army Corps says it’s aware of the sickly state of the reef tract’s health, and that it considered cumulative impacts from climate change and other environmental problems when it studied likely impacts from dredging.

Still, it acknowledges more could be done, and it formed a working group that includes the EPA, the National Oceanic and Atmospheric Administration and other agencies that it says will help guide decisions regarding potential improvements to its environmental plans. 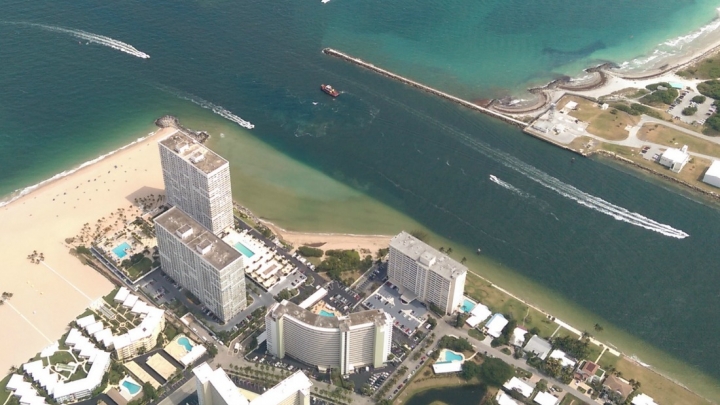 “Our dredging methods and how we monitor that during construction should be improved,” said Eric Bush, the planning chief for the Army Corps’ regional office. “That’s one of the things that was a real lesson learned from Miami.”

Not all of the concerns about the project relate directly to coral health. Haus faults the Army Corps for failing to fully model the likely impacts of the project on currents along shorelines and into an estuary, which could affect flooding and ecosystems alike.

“When you do something significant to the inlet, you could very well change the circulation patterns in the whole estuary,” Haus said. “These things are subtle, but they’re the kind of things the Corps has missed in the past.”

Army Corps assurances that it won’t repeat past mistakes are doing little to soothe worried environmentalists like Silverstein, who are trying to pressure the federal government to expand an environmental review that they characterize as deficient.

“We’ve had bleaching of corals due to high temperatures; we’ve had a really terrible regional disease event last summer,” Silverstein said. “A lot of these things feel like they’re too big to be dealt with on a local level. But avoiding impacts from dredging is something we can control on a local level.”