As the famed corals of Australia’s northeastern shoreline turn white at a rate never before seen, scientists there have made a striking discovery — one that offers new hope for reefs as greenhouse gas pollution warms the waters around them.

Corals growing in areas of the Great Barrier Reef where fishing is banned were found to be more likely to survive bleachings, cyclones, coral diseases and the voracious effects of invasive starfish. 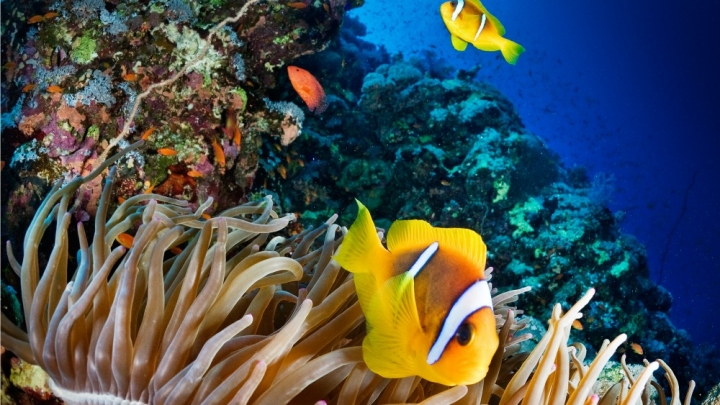 With just half of the Great Barrier Reef’s coral protected from fishing, and with many other regions around the world receiving less protection than that, most of the planet’s reefs remain highly vulnerable to the coral-wrecking whims of a warming world.

“It’s good news, because there’s been a lot money invested in these marine parks,” Mellin said.

The study offers the most resounding evidence yet that conservation efforts designed to boost fisheries can also benefit the coral that shelter young fish and slow coastal erosion. Among other benefits, fishing bans may foster species of fish that graze on algae that could otherwise smother coral.

While the news may be positive for reefs growing in areas that are protected from fishing, most of the reefs off Australia and around the world remain unprotected. And despite the healthful boosts that coral appear to receive from fishing bans, scientists worry that even those won’t be enough to snatch reefs from their downward spirals.

The amount of reef area that’s off-limits for fishing fleets in the Great Barrier Reef Marine Park, which covers nearly all of the World Heritage-listed Great Barrier Reef, was increased to about half in 2004. Some non-coral areas within the park receive similar protections, such as seagrass beds.

As they analyzed the monitoring data, the scientists detected immediate improvements in coral communities after the areas in which they grew received new protections. “You could see they became more stable; more resistant after 2004,” Mellin said.

A wash of water warmed by climate pollution and a powerful El Niño has triggered the worst coral bleaching ever seen in the Great Barrier Reef, with sickly corals spitting out the colorful algae that sustain them. 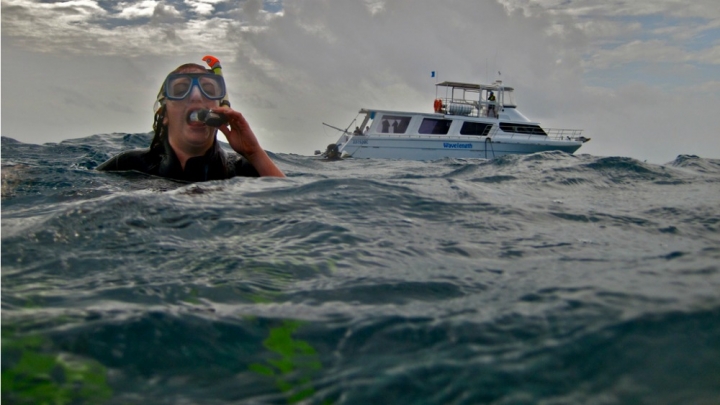 Although fisheries protections can help corals recover, James Cook University professor Terry Hughes, who wasn’t involved with the new study, pointed out that such protections do not shelter reefs from the warm waters that can bleach them.

Hughes led a research team that recently detected coral bleaching in 516 out out of 520 reefs surveyed, with kaleidoscopes of biodiversity replaced by drab streaks of gray exoskeletons. He says the bleaching will change the Great Barrier Reef “forever.”

“The current bleaching on the Great Barrier Reef is in the north — the most remote and pristine area where fishing pressure is low, and pollution and coastal development are negligible,” Hughes said. “Corals are bleaching just as much inside vs. outside of the no-fishing areas.”

Worldwide, less than 4 percent of ocean area is protected from fishing — far short of a United Nations goal of bringing 10 percent under such protection by 2020.

The lack of current protections for coral reefs globally doesn’t just leave them vulnerable as storms grow fiercer, as acidification caused by carbon dioxide pollution robs them of chemicals needed to flourish, and as warmer waters lead to worsening bleaching. It also makes it difficult for scientists to project the likely impacts of new protections.

“Whether what’s under protection is adequate will need to be studied as more protection is afforded,” said Julian Caley, an Australian government scientist who helped produce the new study. “We need to learn from observed responses of marine populations and communities to protection.”